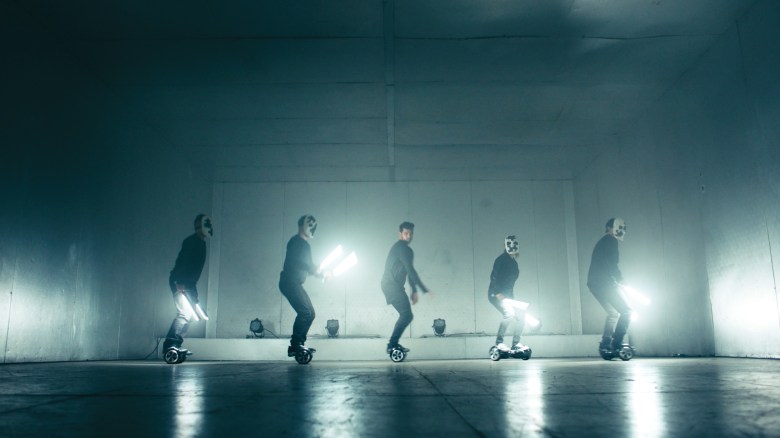 Fullscreen’s newest original series, “Making Moves,” follows Ethan (Patrick Cook), an aspiring dancer who moves to Los Angeles to make it in the business. Though he’s taught by his rising star cousin Sammie (Raychel Diane Weiner) and her crew, Ethan discovers the difficulties of getting his moves out there in today’s digital era. With the help of some trusted companions, he navigates the cutthroat world of the Los Angeles dance scene and tries to become an Internet sensation.

“Making Moves” is created by John Swetnam, who previously wrote the screenplay for the disaster film “Into The Storm,” the fifth film in the “Step Up” franchise “Step Up: All In,” and wrote and directed “Breaking Through,” a coming-of-age dance drama for the YouTube generation. The series is choreographed by Christopher Scott, who previously choreographed three films in the “Step Up” franchise — “Step Up 3D,” “Step Up Revolution,” and “Step Up: All In” — as well as most recently “Jem and the Holograms” and “Now You See Me 2.”

Fullscreen is available via iPhone, iPad, select Android Phones and Chromecast for $4.99 per month. Sign up here to watch “Making Moves” and more.

READ MORE: In the Mold of the ‘Step Up’ Franchise, Watch Trailer for South African Dance Movie – ‘Hear Me Move’

This Article is related to: News and tagged Fullscreen, Step Up Revolution, Step Up: All In