"I appreciate the men and women you might have been had you not been on social media.” 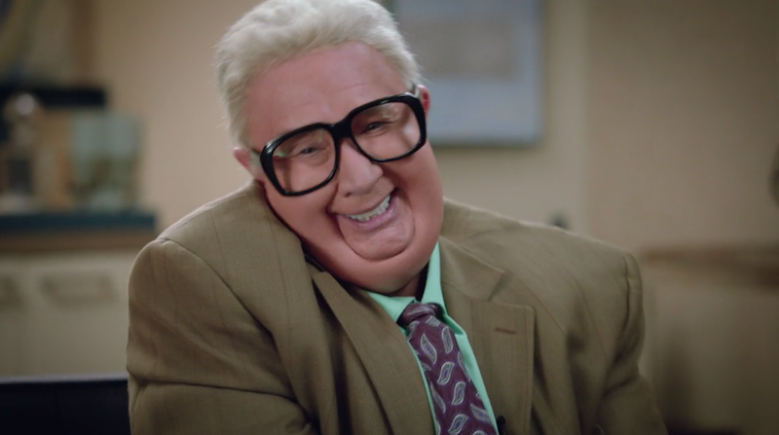 Ladies and gentlemen, Jiminy Glick is back and already sending his love to his social media fans. The “host” appeared in a new video posted on the official Twitter page of “Maya and Marty,” the new NBC variety show starring Maya Rudolph and Martin Short.

“I’m so excited to be talking to you, my social media darlings,” Glick enthusiastically shouts. “I don’t know what you do, why you do it and I think it’s sad in a way and clearly you have no real lives and no real future, and probably no past. But I think that’s your strength and I appreciate the men and women you might have been had you not been on social media.”

Watch his message below:

Jiminy has been one of Short’s most popular characters over the years, and now the comedian will again play him in a sketch in the upcoming episode of the show. However, Short has already expressed that Glick won’t be a series regular.

“My feeling about that is you shouldn’t repeat a character you have already done unless you have a new good idea for something to do with that character. You can’t just do it for nostalgia,” Short told Yahoo. “But if you have a new bit and you think it is going to be funny, than yes, you should. Jiminy Glick will show up. We did a piece for possibly the first show where Glick interviews Larry David. And it’s funny and fresh, but I will not do him every week either.”

The variety show will air for an hour every Tuesday night and consist of Rudolph and Short performing sketches and musical performances, all accompanied by guest stars.

This Article is related to: News and tagged Martin Short