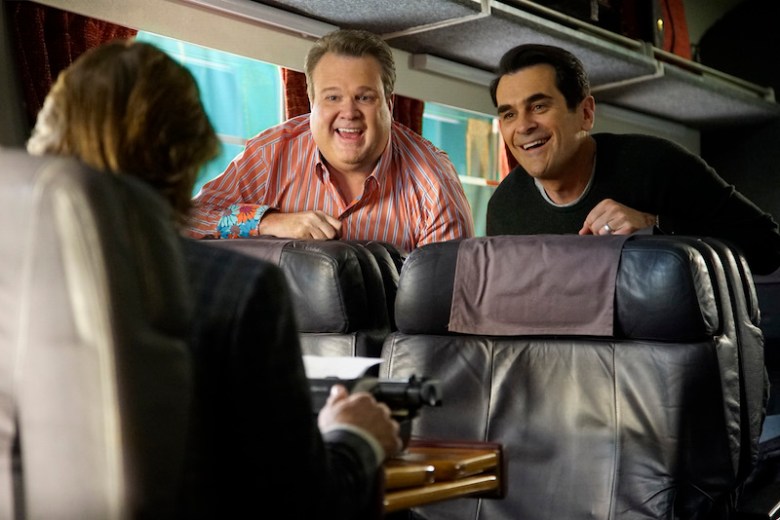 “Modern Family” is an Emmy monster, and when the show’s cast and producers hit the campaign trail, it’s clear why. Stars Ed O’Neill, Sophia Vergara, Ty Burrell, Eric Stonestreet and Julie Bowen, plus co-creator Steven Levitan and others, took the stage in front of TV Academy members on Monday evening, effortlessly tub thumping for the show and looking as comfortable under the spotlights as many of us are in our own homes. The group cracked jokes with each other, laughed along with the crowd, answered questions with ease and promoted each other with the swagger of a show that remains a leading awards contender.

“Modern Family” has won an Emmy award — or five — every year it’s been on the air, and the ABC comedy is one win shy of setting the record for most wins in the Outstanding Comedy Series category. (Currently, it shares top honors with “Frasier.”) Sure, it lost the top prize for the first time last year (to “Veep”), but that’s hardly evidence of a slowdown. Using the Emmys event as an example, let’s break down the key elements these expert Emmy campaigners use to sway votes their way.

Open With a Gag Reel

This may sound completely innocent, but it’s an excellent strategy for a series of “Modern Family’s” stature. After the stars walked the red carpet, the screening portion of the evening kicked off with an extended gag reel from Season 7. And anyone who’s seen a gag reel knows the montage of self-deprecating snafus by famous faces makes them all the more likable to those watching. What better way to remind Academy members why they love this show than to showcase its stars at their most human? It went over very well inside the Fox lot’s Darryl F. Zanuck Theater, working almost like a warm-up comic before the feature presentation of an episode scheduled to air May 11, titled “Crazy Train,” debuted right after.

There are exceptions to the rule — if there’s a landmark episode that needs to be seen, obviously you show it to the large contingent of TV Academy members gathered in one room — but screening an episode that has yet to run makes the audience in attendance feel special. Plus, considering many of the attendees waited in line for an hour-plus just to get in — proving their devotion to the series — why risk showing an episode they’ve already seen? It also keeps the news cycle on your side, as any articles that come out of the event from the press in attendance will in some way preview a high-quality upcoming episode.

Know Who You’re Campaigning For 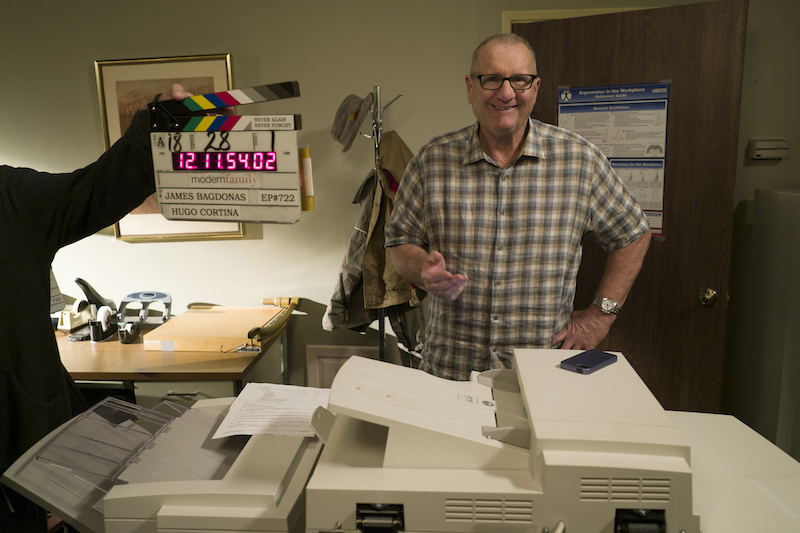 Clearly, everyone in attendance at these events is up for Emmy consideration, but the overall campaign is usually focused on one or two people in particular, be it a writer, guest star or cast member. What decides said emphasis is based on the content of the season itself as well as the prevailing winds of the industry (what makes for a good story). Last night, the focus was on the show’s biggest star — when it first premiered, and possibly even now — Ed O’Neill.

O’Neill has been given several fun plot lines in Season 7. “I had a good season,” O’Neill told Indiewire before the screening. “This seventh season has been good for me, I think. They wrote a lot for me this season — probably just for variation. […] But I benefitted from it, and I liked it. I like to have a lot to do, or I get bored.”

O’Neill noted later how his character — family patriarch Jay Pritchett — has been freed up a bit by his retirement from the closet industry to try a variety of new activities. Whether it’s helping out more with his new son, Joe, or going out for a night of competitive events with Cam (Stonestreet), Jay’s role has been significantly expanded — and just in the nick of time.

“The fact that I have won an Emmy and you haven’t is an embarrassment to me personally,” Stonestreet said after O’Neill humbly discussed his role in the new season. “I gotta say — and I know I speak for everyone in this case — Ed O’Neill is the most underrated actor. You are truly respected within our business, and I still think you are underrated.”

“Honestly, I thought that this season for Ed O’Neill as phenomenal,” Stonestreet continued. “Every table read, i would leave thinking it was such a funny scenario they’d written for you, and then it would only be funnier when I got to see you do it.”

Stonestreet followed up his kind words by asking the audience who would vote for O’Neill at this year’s Emmys. A good portion — possibly the majority of the crowd — actually raised their hands and clapped in support.

READ MORE: If ‘The Late Show with Stephen Colbert’ Needs to Change, They’re Starting in the Wrong Spot

Always Be Humble and Credit the Writers 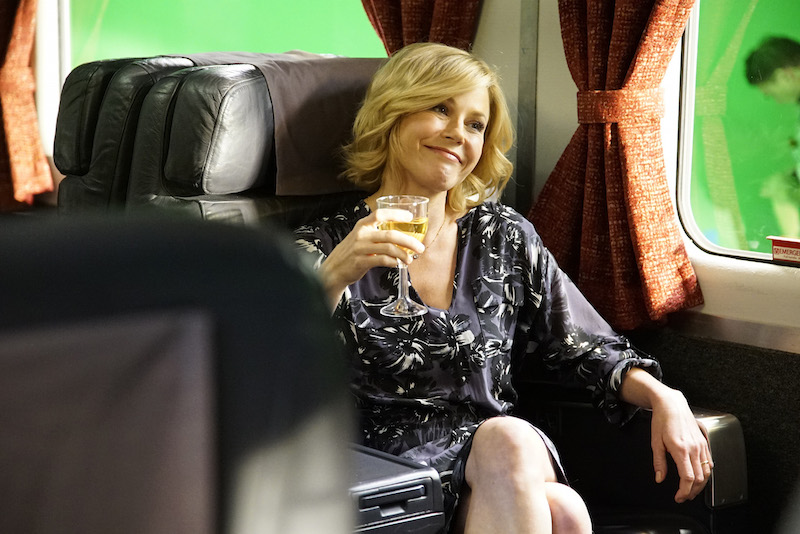 TV is a writers’ medium. Even as top-tier directors and actors make the move to the small screen, most people within the industry still hold writers above all else in the TV world, and the “Modern Family” contenders in attendance constantly praised the series’ scribes. Whether crediting them for keeping the series fresh over seven years or directing a fan’s thanks for the character of Phil Dunphy away from Ty Burrell, each actor took a moment to make sure the writers knew they were the driving force of the show.

The courtesy does double duty by also making the actors appear humble to a room full of various industry veterans. You always prefer someone self-effacing over a braggart, but it’s important to remember the acting branch of the TV Academy isn’t as dominant as inside the Academy of Motion Pictures — actors don’t make up a majority in the TV world. That’s why catering to those other individuals is important, whether it’s by referencing the hard work of all involved during the panel or including a few key shots of some prominent crew members in the gag reel.

Spend Time With the Voters

Anyone who attends Emmys events regularly can be split into two groups: those who are there for the meal, and those who are there for the stars. You’ll see the former group flee for the back of the theater as soon as the last question is answered — if not before — in order to be first in line for the free spread of catered food and drinks outside, while the rest of the audience usually makes a mad rush toward the stage, trying to snag a selfie with Eric Stonestreet or pitch their project to Ed O’Neill.

Of course, some can’t wait for the post-panel scrum. During the audience Q&A portion of the event, O’Neill was asked if he’d play Willie Loman in a Pasadena production of “Death of a Salesman,” while another actor in the audience asked if he and Andre Royo — who are on a “cop show” together — could appear in a future episode in order to solve a crime from the episode that aired earlier. Everyone on stage remained non-committal but polite when propositioned with these improbable requests, politely smiling, nodding and joking with the audience throughout.

It’s doubtful anyone was offended, but even if they were, the cast and crew were available throughout the night to make amends.

Stay on top of everything Emmys with Indiewire’s Awards newsletter!

And for a look at “Modern Family’s” main competition at this year’s Emmys, take a look at the “Veep” Season 5 trailer below.