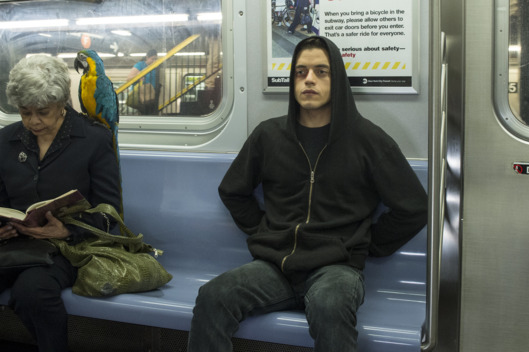 At the end of the last season of “Mr. Robot,” hacktivist collective fsociety succeeded with their financial attack on Evil Corp and the world economy descends into chaos. Elliot Alderson (Rami Malek) pulled the trigger on the devastating hack but has no memory of the event, waking up in an SUV three days into the meltdown as the world scrambles to find the hackers and bring stability back to the system. Meanwhile, ex-Evil Corp vice president Tyrell Wellick (Martin Wallström) remains at large, and Elliot still has visions of Mr. Robot (Christian Slater), a.k.a. his father, who’s egging him on to continue the revolution. In the new season two trailer, the world is still dealing with the fallout from the attack, fsociety still plans to “change the world” by any means necessary, and Elliot deals with his own “infinite loop of insanity.” Watch the trailer above.

The second season of “Mr. Robot” will premiere on July 13th on USA.