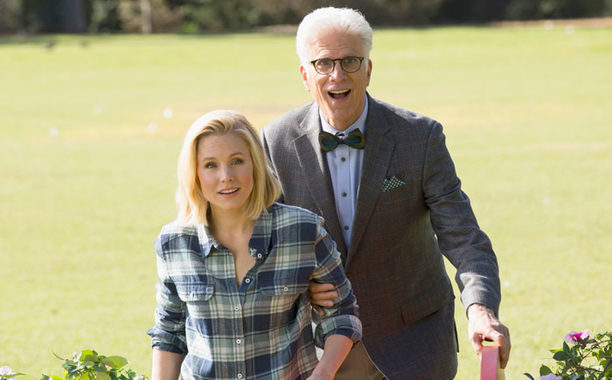 The most exciting part of this week is when the networks release their upfronts trailers — unlike your standard commercials, these super-sized ads reveal quite a bit about the series’ premise and plot. So take a look, tell us what you think, and cast your vote for best trailer at the bottom.

Indiewire TV Critic Ben Travers: Without the above synopsis provided by NBC, I would’ve never been able to guess what this show was about or where it was going. Come to think of it, I still can’t tell you what the major conflict, hook or inciting incident is, and that’s a major problem simply in terms of me remembering this show exists. What’s here, while produced at an acceptably high level, still plays out like a series of commercials all made to hock the same befuddling product. Also: Milo, buddy, please shave that beard. It’s out of control.

Indiewire TV Editor Liz Shannon Miller: Really interesting cast and there’s some good dialogue, but this trailer simultaneously reveals way too many plot twists while also making sure that its premise is completely incomprehensible. We know from prior descriptions that it’s an interconnected dramedy, the sort of series that lives or dies on the quality of its character work. How good those characters are, we’ll only learn from watching the full series, but right now, we’re not too impressed by one of the trailer’s most unfortunately memorable moments: a heavyset woman’s showdown with her own birthday cake.


Official Description (From NBC): From Eric Kripke (“Revolution,” “Supernatural”), Shawn Ryan (“The Shield”) and the producers of “The Blacklist” comes this thrilling action-adventure series in which a mysterious criminal steals a secret state-of-the-art time machine, intent on destroying America as we know it by changing the past. Our only hope is an unexpected team: a scientist, soldier and history professor who must use the machine’s prototype to travel back in time to critical events. While they must make every effort not to affect the past themselves, they must also stay one step ahead of this dangerous fugitive. Can this handpicked team uncover the mystery behind it all and end his destruction before it’s too late?

Ben: Call if personal bias after spending three seasons with Abigail Spencer on “Rectify,” but the supporting cast of this enticing time travel drama — which is admirably unafraid to point out why a black man would be hesitant to move backward in time — will need to step up their game considerably if this show’s going to work. Spencer is a tremendous talent well-trained in poignant moments (“Mad Men”), comedic beats (“Children’s Hospital”) and the outrageous made real (“Cowboys & Aliens”), and what’s on display from her cohorts in this two-minute clip doesn’t come close to matching her captivating work. On the plus side, the series seems deserving of elevated efforts. Just look at that production design. Bravo.

Liz: This trailer hints at big mysteries, some solid glimpses at character (while the dead-wife backstory can be a bit tired, Malcolm Barrett as the pilot who’s not thrilled with confronting 20th century racism is a clear standout) and features an impressive cast, including (as Ben elaborated above) a true Indiewire favorite. (Personal note: And there’s time travel!) 100 percent sold.


Official Description (From NBC): Mike Schur’s new sitcom follows Eleanor Shellstrop (Kristen Bell, “House of Lies,” “Veronica Mars”), an ordinary woman who, through an extraordinary string of events, enters the afterlife where she comes to realize that she hasn’t been a very good person. With the help of her wise newfound afterlife mentor (Ted Danson, “Bored to Death,” “Cheers”), she’s determined to shed her old way of living and discover the awesome (or at least the pretty good) person within.

Ben: Ted Danson back on NBC? While comparisons will be unjustified given the completely different premises, following up “Cheers” in any way, shape or form demands comparable quality — especially in the new entry’s first trailer — and “The Good Place” seems right on target to provide just that. Funny, original and with a novel visual style, Mike Schur’s latest comedy should have audiences praying for more.

Liz: Easily the most fun of these three trailers, not only doing a nice job of establishing the show’s high concept premise, but really showcasing what will make it work — the comedic chemistry between Kristen Bell, Ted Danson and William Jackson Harper. I’m not sure if I believe in heaven, but I do believe in Mike Schur. Very excited about this one.

This Article is related to: Television and tagged NBC, The Good Place