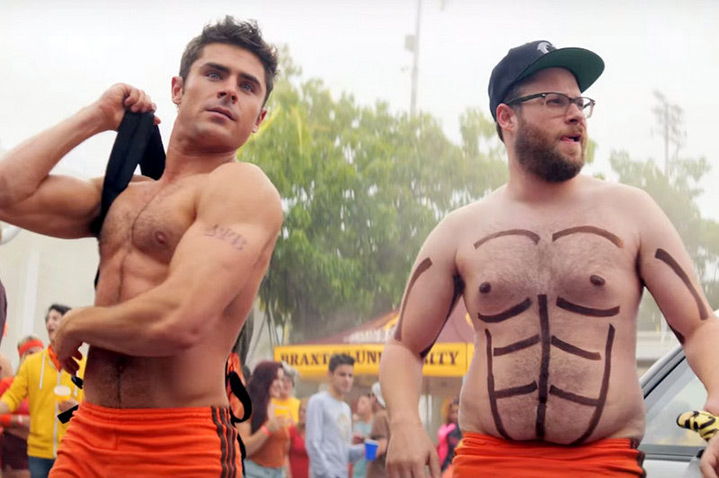 On one hand… how the fuck did that happen? On the other hand, isn’t this the logical conclusion for a guy who became famous as the chortling face of the man-child movement, a guy who made his career by inviting viewers to watch him repeatedly negotiate between the comforts of arrested development and the abject horrors of adulthood?

Rogen’s brand is transition. Seen collectively, his movies are nothing less than a template for how to grow up without completely giving in. Liberal, funny, and constantly guffawing at the absurdity of bringing a kid into this world when he still feels like a kid himself, Rogen isn’t just a dad; he’s the dad that a generation of flawed, well-meaning white men can see themselves becoming (full disclosure: Me). And “Neighbors 2” might just be his masterpiece.

One of the greatest comedy sequels ever made, “Sorority Rising” lovingly circles back to the characters that were established in the 2014 original, and finds that all of them — whether by choice or by sheer inertia — have moved just a notch further along the circle of life. The action picks up a few years after the first film, as Mac (Rogen) and his wife Kelly (the indomitable Rose Byrne) are preparing to sell the most unfortunately located house in all of suburban Georgia. Their daughter Stella (once again played by Zoey Vargas, a nice touch that actually makes a difference, is now a toddler, and she has a baby sister on the way.

When a cool young couple agrees to take Mac and Kelly’s property off their hands, the new buyers are given 30 days to inspect the house and make sure that everything is up to snuff. Bad news for our hapless heroes: They bought their new place outright, so if this deal falls apart, they’ll be stuck with two homes. Worse news for our hapless heroes: The animal house next door, vacant since Zac Efron and his frat bros partied it into pieces, is about to get some very loud new tenants.

And get this: They’re girls (cue record scratch). And not just any girls, but freshmen — or freshpeople — who have an agenda that goes deeper than just getting drunk. Beth (“Dope” star Kiersey Clemons), Nora (Beanie Feldstein) and eventual ringleader Shelby (Chloë Grace Moretz) tried rushing one of their school’s well-established sororities, but were shocked to learn that fraternities are the only half of the Greek system who are allowed to throw parties. And when fraternities throw parties, the girls are debased, the drinks are spiked, and the sex isn’t reliably consensual. So Beth, Nora and Shelby decide to start their own sorority. At Kappa Nu, girls don’t have to dress for the male gaze. At Kappa Nu, sisterhood doesn’t require a sacrifice of self-respect. At Kappa Nu, partying isn’t a display of hedonism, it’s a show of defiance.

These young women are pledging with a purpose, and it’s a purpose that Mac and Kelly naturally want to support. But when Mac asks his new neighbors to keep quiet during the escrow period, he becomes just another man telling them to smile. Cue mutually assured destruction. 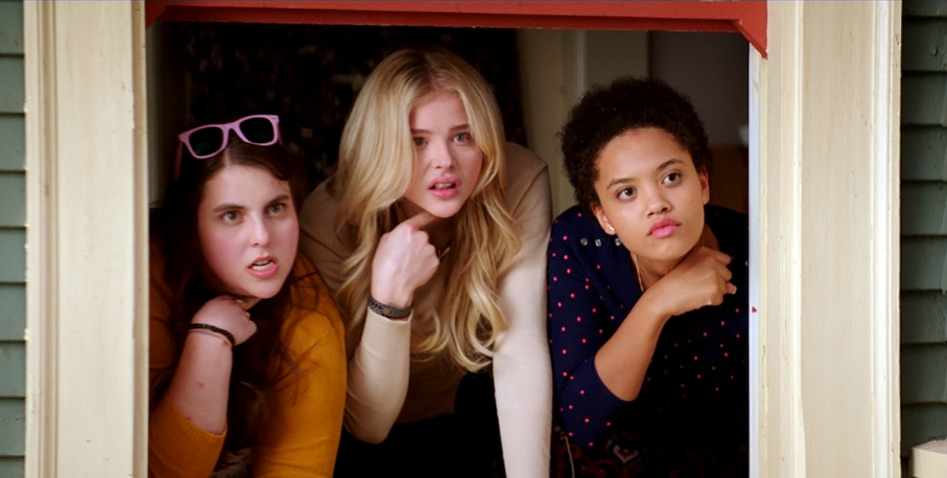 Alas, Kappa Nu isn’t a worthy opponent — not because they’re women, but rather because they’re 18-year-olds who only moved out of their childhood bedrooms last week. Fortunately for them, they have a secret weapon. When last we saw Teddy (Efron), he was fulfilling his destiny as one of those shirtless models outside of an Abercrombie & Fitch. But times have changed a lot more than he has, and the former god of all Greek life — while still so frighteningly ripped that his skin seems ready to split open and vomit muscles — now finds himself stuck in neutral as the rest of his friends are transitioning into their adult lives.

The film begins by hammering that point home, as his roommate and lifelong best man (Dave Franco), gets engaged to his boyfriend, and Teddy is forced to find a new place to live (Franco’s character has come out in between movies, and “Neighbors 2” has nothing but love for his new direction). Fleeing to his old frat house for comfort, Teddy soon finds himself teaming up with its new residents in their war against Mac and Kelly, retreating back to his old ways in a desperate attempt to deny the fact that he should have outgrown them.

Comedy ensues. So much comedy. There are far too many laughs in “Sorority Rising” to enumerate everything that works about this sequel, and it’s telling that the few botched gags stick out like sore thumbs — one overextended joke involving a marital miscommunication and some bad green screen inadvertently serves as a reminder that the rest of the movie is too funny to take for granted. The visual gags are as strong (and occasionally disgusting) as they were in the first film, and a brilliant mid-movie marijuana heist feels like it could have been directed by Michael Mann.

But what really makes the humor sing is that — like all great comedy — it’s rooted in truth. No matter how ridiculous this movie gets, there’s a sensitive and unshakeable humanity at its core. There’s no villain here, only conflicting interests. There’s no college dean who gets dunked in a pool of vomit, only Lisa Kudrow showing up for one shining moment so Byrne can yell at her. There are no cops who exist just to bust up a party at a dramatically convenient moment, there’s just Hannibal Buress and Jerrod Carmichael as two black officers whose one (very topical) scene is the stuff of instant legend.

Most crucially, Mac and Kelly want to support the sorority. They’re raising a daughter, and it’s important to them as good liberals and decent human beings that young women are not systematically marginalized by male power structures. Ideally, they’d love to get a good night’s sleep without propping up the patriarchy, but sometimes that’s not possible.

The classic Apatow-era tropes of arrested development are given new life by dropping Teddy into the middle of a tug-of-war between the past and the future, and the film is unusually insightful as to how generation gaps have simultaneously shrunk and gotten harsher. In “Neighbors,” Teddy was a symbol of perfect youth. In “Sorority Rising,” he’s lost in the limbo between adolescence and adulthood; one scene finds him sitting in a room full of girls, oblivious to the fact that everyone there is silently mocking him via text. Efron, for his part, is once again an absolute genius in this role, perfectly balancing the sweetness of a good dude with the stupidity of a regular dude. His performance epitomizes the empathy that Stoller has for all of his characters, and it’s at the heart of why this movie feels so warm and re-watchable.

Considering the themes that help shape this film, it’s a shame that these sorority sisters aren’t as well-defined as the frat bros were in the first one. Moretz, Clemons, and Feldstein all display the comic chops required to sell this material, but the movie is too tight to let them run with it. “Neighbors” relied on its supporting cast in almost every scene, while this sequel too often feels like it’s working around them. At a curt 90 minutes, “Sorority Rising” could have benefited from a little breathing room, especially because some of its trailers’ biggest moments (e.g. L.L. Cool J as Beth’s dad) didn’t make the final cut. But Stoller finishes strong, his wonderful sequel leaving America in a pretty good place. Weed is practically legal, girls are people too, and Seth Rogen is the new Tom Hanks. Get used to it.