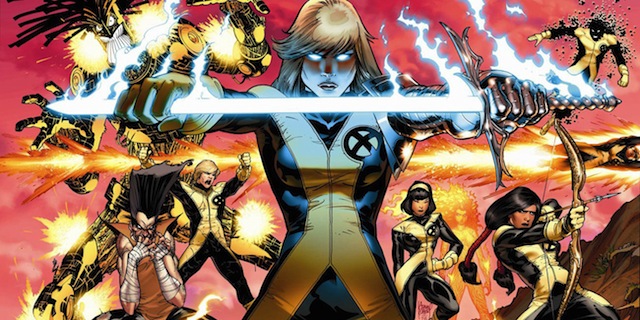 Though reports about the new “X-Men” spinoff “New Mutants” have generally been sparse. We know that Josh Boone will direct and co-write the film, Lauren Shuler Donner and Simon Kinberg are set to produce, and that Maisie Williams (“Game of Thrones”) and Anya Taylor-Joy (“The Witch”) are attached to play Wolfsbane and Magik respectively. Now, Boone has potentially teased the full team roster on his personal Instagram account. Yesterday, Boone posted a bunch of “New Mutants” art on his account, first depicting every individual member before culminating with art of Mirage, Magik, Wolfsbane, Sunspot, and Cannonball from comic book artist Phil Noto and an image of alien shapeshifter Warlock, a comic relief character who first appeared in “New Mutants #18.”

Beside the “X-Men” spinoff, Josh Boone is attached to many projects right now. He’s involved with two Stephen King adaptations, the post-apocalyptic horror novel “The Stand” and his 2014 novel “Revival,” the status of both projects are currently unknown. His previous films are “Stuck In Love,” a romantic dramedy starring Jennifer Connelly and Greg Kinnear, and an adaptation of the John Green novel “The Fault In Our Stars,” starring Shailene Woodley and Ansel Elgort. Meanwhile, the latest “X-Men” film “X-Men: Apocalypse” will be released in theaters May 18th. Check out the photos from Boone’s Instagram account below.

This Article is related to: News and tagged Josh Boone, The Fault in Our Stars, The New Mutants, X-Men: Apocalypse