Norman Lear Throws Emmys Weight Behind 'Transparent': 'I Fell In Love With This Show' 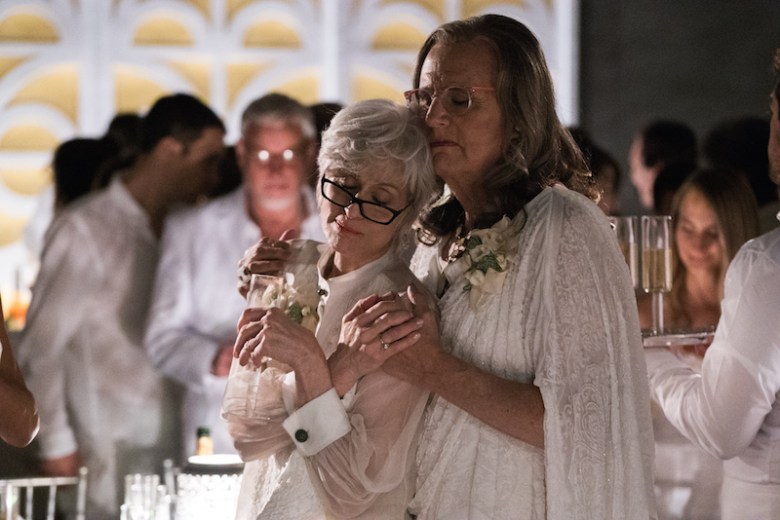 “Thank you and holy shit.”

Those were the first words Norman Lear uttered Thursday evening after he took the stage to a standing ovation from a packed house of TV Academy members. Geared to build support for “Transparent,” those in attendance didn’t need to hear a word from Lear before rising from their chairs, putting their hands together and honoring the legendary TV creator. Gracious and funny as ever, Lear thanked them and then got down to business.

“I fell in love with this show when I saw the pilot,” Lear said, standing alone on the Director’s Guild of America theater’s wide stage. “Here’s what knocked me out: Somewhere in my 60s or 70s, I began to realize that we take a horizontal journey in life where we’re learning about this, that, and the other thing — we’re picking up more information, more knowledge. And then there’s a vertical path into oneself, just to find out who the hell we are and what we’re all about. I’ve learned that in my life the vertical journey is the most never-ending and most splendiferous journey among the two. And ‘Transparent,’ as I watch it and watch these characters, that is what they’re all about — journeying vertically into themselves to find their place in the world. And I think it’s glorious.”

From there, attendees were treated to two “Transparent” episodes, both at the heart of the series’ Emmy campaign: “Kina Hora,” the Season 2 premiere directed and written by Jill Soloway, and “Man on the Land,” the ninth episode also directed by Soloway. Following the emotional episodes, Lear reemerged alongside Soloway and moderator Stacey Wilson Hunt for a 15-minute discussion between creators.

“My mom was a TV lover, so I was raised to worship at the altar of Norman Lear,” Soloway said.

Lear returned the compliment. “I learned a lot about life watching ‘Transparent,'” Lear said. “It lifts me. It inspires me. It teaches me.”

Hunt pushed the connections between Lear and Soloway, including the way the two delicately balance comedy and drama within very human stories. “I learned at nine years of age […] the foolishness of the human condition,” Lear said, before describing how his father went to jail when he was that age. “My mother was selling the furniture the night afterwards and we were moving out of the house and she’s going to disappear with my sister and I don’t know what’s going to happen to me. All of this is happening while a group of people are in the house looking at the furniture. And so some guy puts his hand on my nine-year-old shoulder and says, ‘You’re the man of the house now.’ Somehow that stayed with me, and I knew he was an ass hole. […] And then he followed it with, ‘The man of the house doesn’t cry.’ And thus the foolishness of the human condition.”

Soloway in turn talked about her unique process of developing comedy. “I try not to specifically write jokes,” she said. “And if I do actually write jokes, I’m absolutely never attached to them once I get to the set. You can say them or not say them. You know, I tell the actors, ‘Say the lines if you want to. You don’t have to say the lines.'” 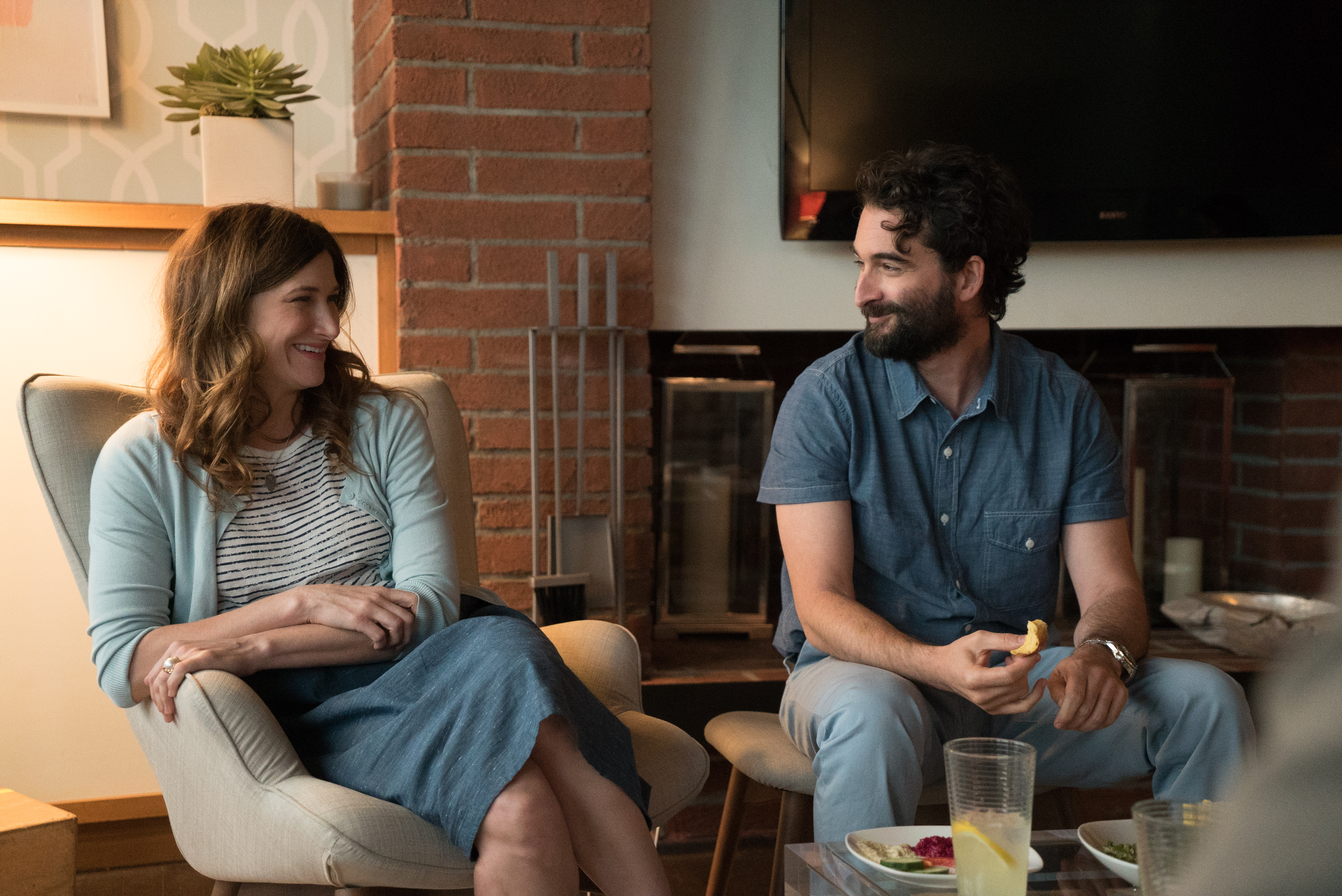 “[I] find the funniest people I could and make an effort to create an environment where they’re playing it as real as they can. So the comedy happens because it’s Jay Duplass, it’s Kathryn Hahn, it’s Amy Landecker, it’s Jeffrey Tambor, it’s Judith Light and Gaby Hoffman. These are really funny people. What we’re doing when we’re at work is attempting to find the truth in one emotional moment,” Soloway said. “I’m obsessed with beats and story, and the dialogue is there for fun and the actors are funny. And the realness of the human moments provide these moments that can be either really sad or really funny — or both.”

While the actors she mentioned weren’t out on stage with her at the time, all of them, as well as Cherry Jones and Alexandra Billings, came out soon after. Each answered a question or two, with Duplass revealing his emotional grocery store scene — in which he ate “a lot of fucking meat” — was shot with real citizens doing their weekly shopping all around him. Landecker commiserated with fans who thought her character, Sarah, had gone off the deep end a bit. Soloway shared the pseudo-secret that she had a cameo role in “Man on the Land” as “the dog” that a dominatrix was walking around the compound. And Hoffman reiterated that she’s had no acting training and “I don’t know how to do it.”

Tambor, an Emmy and Golden Globe winner for Season 1, even found profundity while theorizing about the unifying power of love, and Billings shared a personal, moving story about how meaningful “Transparent” was for her, a transgender woman who had seen so many poor representations of her story before this show came along.

But before any of that happen, Lear had to say good night. He stood up and hugged Soloway, who bowed to him as rapturous applause flooded the theater. He thanked everyone again, and said good night. Hunt and Soloway looked at each other and said only two words apiece: