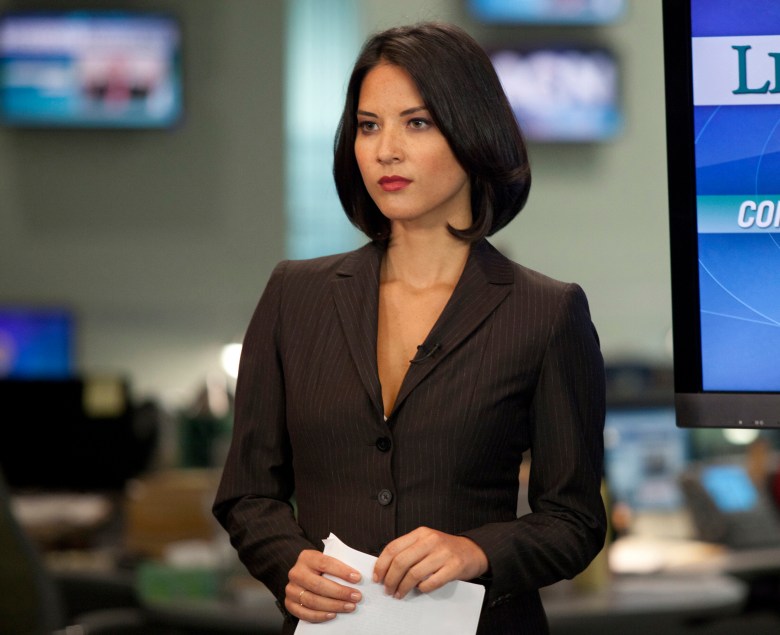 Actress Olivia Munn has no interest in playing second fiddle to some male hero in the movies. In a new profile with American Way Magazine, Munn revealed that she was offered the role of Ryan Reynolds’ girlfriend in “Deadpool,” a role which eventually went to Morena Baccarin (“Homeland”). Munn says she didn’t again want to play a girlfriend character, and instead wanted to have more action opportunities. She was drawn to the role of Psylocke, a mutant with telepathic and telekinetic abilities, in the upcoming film “X-Men: Apocalypse” because the filmmaker promised her the character would have “an important presence,” and that there would be a fight scene. “I thought Psylocke was always one of the most lethal characters, and I said, ‘Yes, as long as you’re not using her to be the eye candy. She has really powerful abilities.’ And they said, ‘Yes, that’s an important part.'”

Olivia Munn has had a variety of roles on film and television since 2004. She co-hosted G4’s “Attack of the Show” from 2006-2010 before moving on to being a correspondent on “The Daily Show” for around a year. Her next major role was of Sloan Sabbath on Aaron Sorkin’s HBO show “The Newsroom.” She has also had supporting roles in Steven Soderbergh’s “Magic Mike,” “Deliver Us From Evil,” “Mortdecai,” and “Ride Along 2.”

“X-Men: Apocalypse” will be released in theaters on May 27th.

This Article is related to: News and tagged Deadpool, Olivia Munn, X-Men: Apocalypse