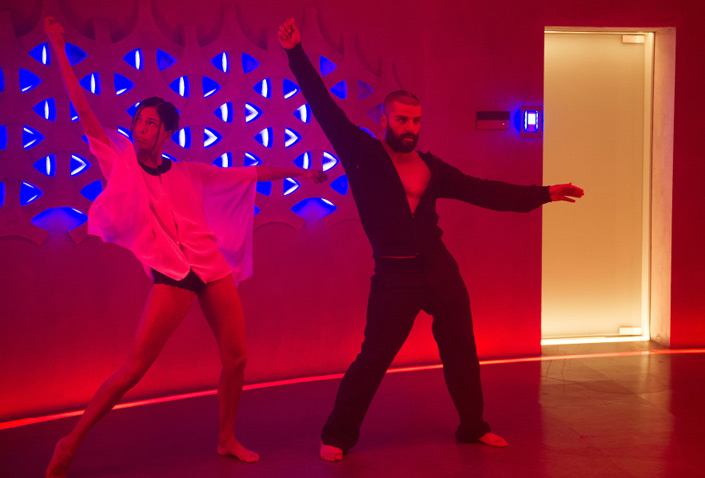 everybody (backstreet’s back) – backstreet boys pic.twitter.com/V6X8LuvUUK

Alex Garland’s “Ex Machina” garnered widespread critical acclaim and won a slew of awards, including the Oscar for Best Visual Effects, but there’s one scene in particular that took the Internet by storm: Oscar Isaac’s character Nathan dancing to Oliver Cheatham’s “Get Down Saturday Night” with his “girlfriend” Kyoko (Sonoya Mizuno). Spurred by Isaac’s growing celebrity, the scene was almost a ready-made meme for people to share with ease, but did you know that the dance basically matches up to any pop song? Twitter user @oscardances has mashed up Isaac’s “Ex Machina” dance with songs like Carly Rae Jepson’s “Boy Problems” to Smash Mouth’s “I’m a Believer” to The Bee Gee’s “Stayin’ Alive.” Watch the video for Isaac’s dance soundtracked to The Backstreet Boys’ “Everybody (Backstreet’s Back)” above.

Oscar Isaac first broke through with his star-turning performance as the title character in the Coen Brothers’ “Inside Llewyn Davis.” Aside from “Ex Machina,” he also starred in J.C. Chandor’s “A Most Violent Year,” J.J. Abram’s “Star Wars: The Force Awakens,” and in David Simon’s miniseries “Show Me A Hero,” for which he won a Golden Globe for Best Actor in a Miniseries or TV Film. Isaac is currently filming “Annihilation,” Alex Garland’s follow-up to “Ex Machina,” with Natalie Portman and Jennifer Jason Leigh.

Go to @oscardances Twitter page for more videos. They are currently taking requests for songs. Sample more of the videos below.

“I’m A Believer” by Smash Mouth

“Stayin’ Alive” by The Bee Gees