Oscilloscope Laboratories Picks Up Cannes Crowdpleaser 'One Week and A Day' 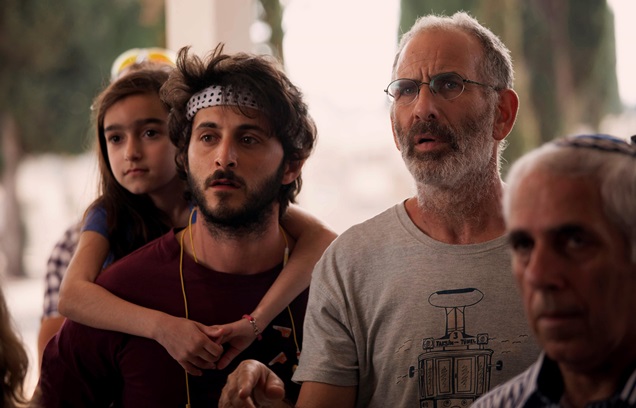 Oscilloscope Laboratories has announced that they have acquired U.S. rights to Israeli-American writer-director Asaph Polonsky’s debut feature film, “One Week and a Day,” which recently had its world premiere at the 2016 Cannes Film Festival. The film was met with strong reviews and a standing ovation at its official screening, along with receiving the GAN
Foundation Award in the Critics’ Week Competition and an award from the French cinema
owners association AFCAE.

The film follows what happens after a couple mourning the death of their son complete their official week of mourning (sitting shiva) and are suddenly expected to jump back into normal life. As the film’s official synopsis explains,”just because the shiva has ended
doesn’t mean it’s life as usual. Each coping in their own way, Eyal and Vicky both attempt to get
back to their everyday and discover that there are still things in life worth living for.” In his review, our own David Ehrlich wrote that the “sweet debut feature captures the absurdity of life after death.”

Of the pickup, Oscilloscope’s Dan Berger commented, “‘One Week and a Day’ is that unassuming gem, the black sheep
of the Cannes lineup, that just sticks with you and makes you realize that a film doesn’t need to
be three hours long and can also feel comfortable making you laugh, and yet it still fits into the
slate of the most prestigious film festival in the world. Asaph is an incredible talent and this is
just the start of a what will surely be a long and accomplished career.”

Polonsky added, “I’ve been a fan of Oscilloscope Laboratories since I saw ‘Awesome; I Fuckin’ Shot That!’ As an audience member, anytime I’d see the logo of the Lab, I’d get excited, knowing I was in good hands. Now, as a filmmaker, joining Oscilloscope, those feelings continue.”

Oscilloscope is planning both a theatrical and a digital release for the film.

This Article is related to: News and tagged Acquisitions, Cannes 2016, Oscilloscope Laboratories