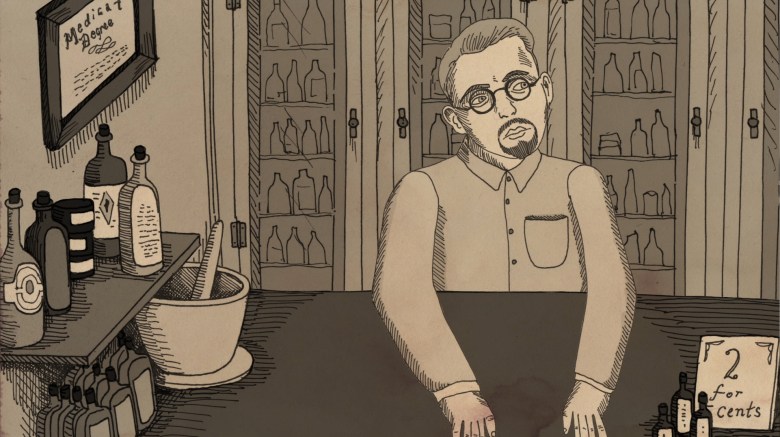 Penny Lane’s wild new documentary “NUTS!” is already off to a very strong start. The feature picked up a Special Jury Award for editing at Sundance in January, and now it’s galloping headlong into a theatrical and VOD release. What better way to celebrate that than with a brand new poster and a freshly livened up trailer? Wait. Is that? Are those? Yup, nuts.

Lane’s latest documentary follows the “mostly true” story of John Romulus Brinkley, “a Kansas doctor who in 1917 discovered that he could cure impotence by transplanting goat testicles into men. From there, the story only gets more bizarre.” Lane’s fresh and funny (and really weird) film mixes in a whole mess of wonderful elements to tell Brinkley’s strange story, including hand-drawn animated reenactments, a bunch of interviews, tons of archival footage and even one “highly unreliable narrator.”

It’s unquestionably the nuttiest (sorry) documentary you’ll see this year, and Lane’s ability to tell a wacky story with heart and persistence set it apart from some of its less ballsy doc brethren.

“Nuts” will open in New York City on June 22, with a VOD release to follow in the fall. Check out our exclusive poster below and a (slightly) tweaked new trailer above. 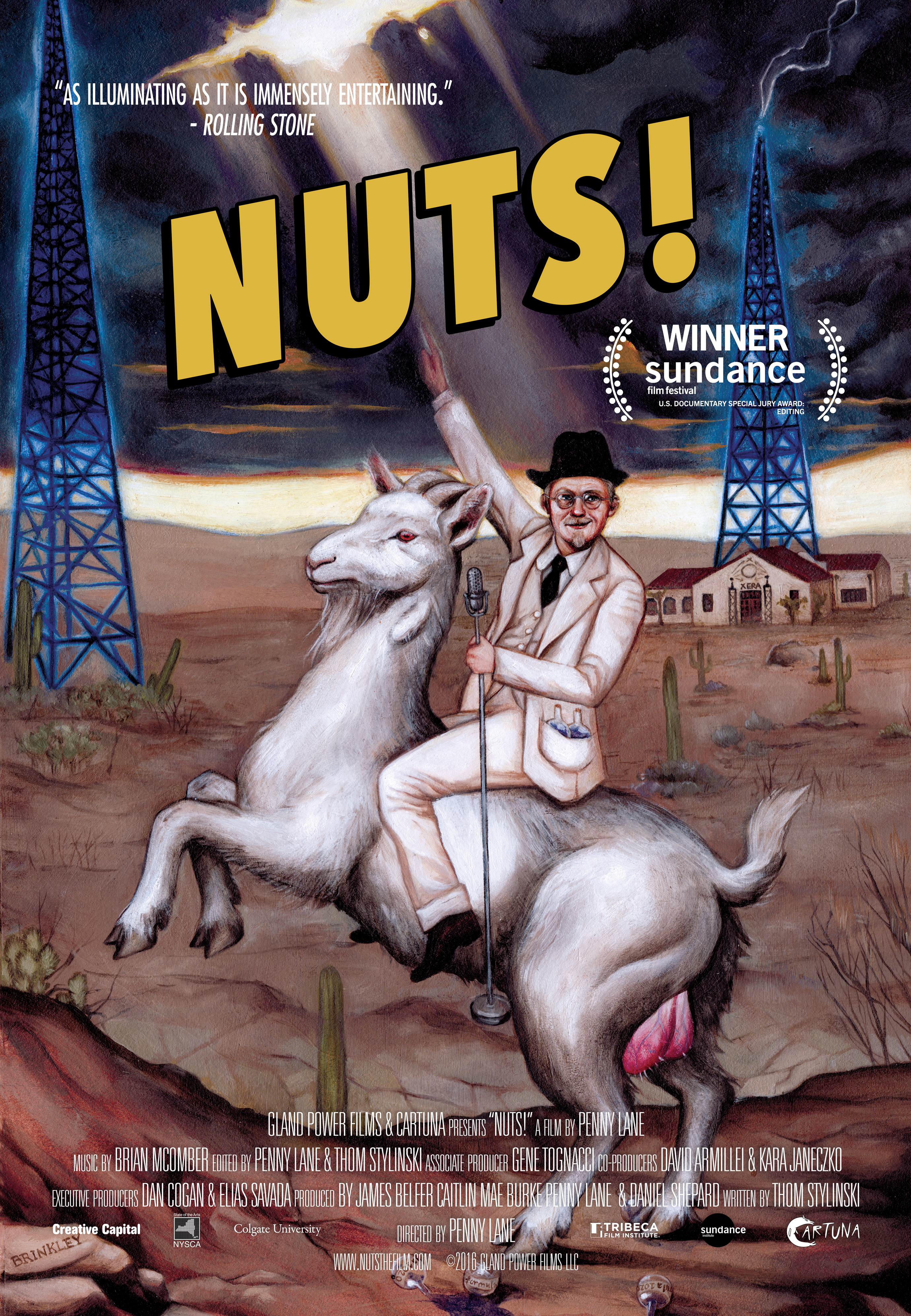 This Article is related to: News and tagged Nuts!, Penny Lane