'Pulp Fiction': The Inside Story Of How Quentin Tarantino's Masterpiece Narrowly Avoided Censorship 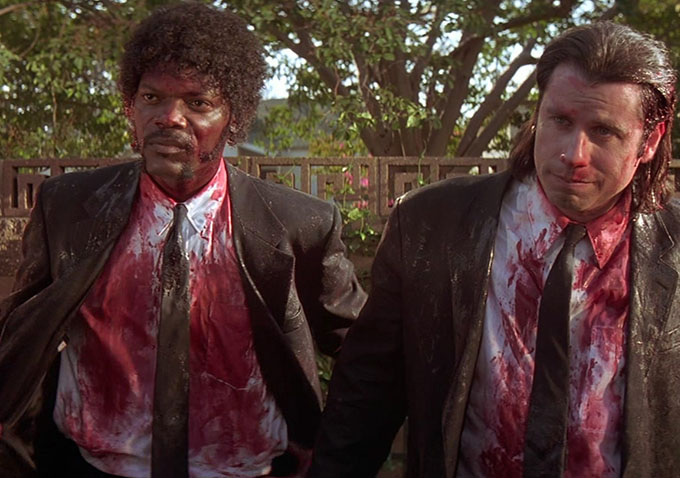 Quentin Tarantino’s 1994 “Pulp Fiction” is a cult classic that while it was rated R still contained heavy violence, language and drug use.

Mashable released an original report by an examiner for the British Board of Film Classification (BBFC) in which it details why the film wasn’t censored, unlike it was in some countries like France.

In one of the images one can note the high “18 level” marks in the theme category as well as violence, sexual violence, horror, drugs and language. Though, when it came down to criminal behavior it opted for a “?” and the examiner also noted the “high ‘f***’ count,” as the site points out.

Though, the reviewer was a fan of the graphic film stating, “seemingly effortlessly excellent and supremely vivid new movie from Quentin Tarantino, which has just arrived justifiably bearing the Palme d’Or from Cannes.” Adding, “Tarantino understands our fascination with past and precarious high lowlife, know its pop cultural manifestation like the back of his hand, and turns pulp into poetry.”

The “main issue” of the film is said to be the drug use, but disagrees with the decision of the French censors to take out a scene with John Travolta where he is high in his car after injecting heroin. He defended this by saying that at the 18 level one could rely on the audience to understand the consequences of drug use.

READ MORE: Why ‘Pulp Fiction’ is the Management Guide Every Indie Filmmaker Needs

“We would have to be pretty damned sure of our model of the spectator-film relationship to cut this or any other part of Pulp Fiction,” wrote the examiner. “This is not special pleading for a ‘good’ film, merely an acknowledgement that what makes a film good also removes from censors the certainties necessary for reasonable exception.”

So ultimately the film avoided being censored and the examiner’s final comments were, “Pass 18, no cuts. PS. the language in pretty ripe, too, but at 19, who give a …”

Check out the full images by clicking here.

This Article is related to: News and tagged Pulp Fiction, Quentin Tarantino