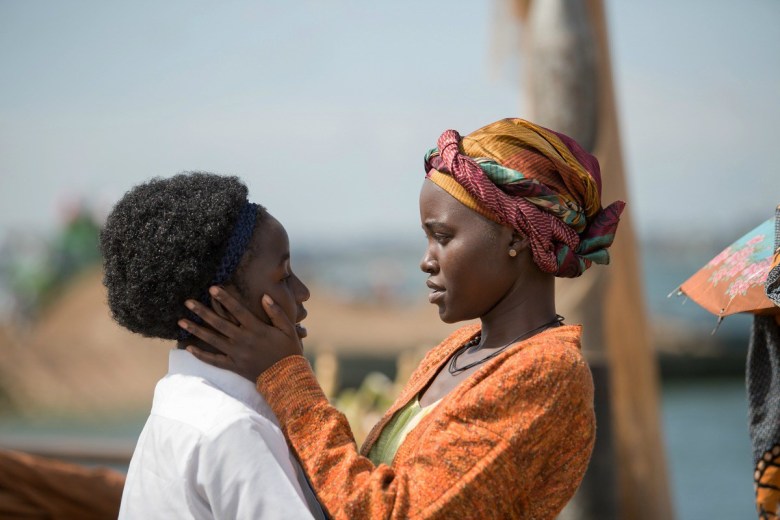 Lupita Nyong’o has faced scrutiny for some of the acting choices she’s made since winning an Oscar for her debut performance in “12 Years a Slave,” which recently led her to write an essay defending those decisions. Her next project seems likely to satisfy those who felt that her small roles in “Star Wars Episode VII: The Force Awakens” and “The Jungle Book” weren’t worthy of her talents: Mira Nair’s “Queen of Katwe,” a drama co-starring David Oyelowo (“Selma”). Watch the first trailer above.

The trailer begins with a quote — “The size of your dreams must always exceed your current capacity to achieve them” — before launching into the story of a 10-year-old girl from Uganda named Phiona (newcomer Madina Nalwanga) with a knack for chess and dreams of becoming an international champion. (Nyong’o plays her mother.) This being a Disney movie based on a true story, there’s a decent chance things out work well for the young prodigy.

Nair’s most recent feature was “The Reluctant Fundamentalist,” an adaptation of Mohsin Hamid’s novel starring Riz Ahmed and Kate Hudson. She remains best known for “Monsoon Wedding,” which won the Golden Lion at the Venice Film Festival and is among the most enchanting romantic dramas of the 2000s. “Queen of Katwe” is set to be released by Disney on September 23.