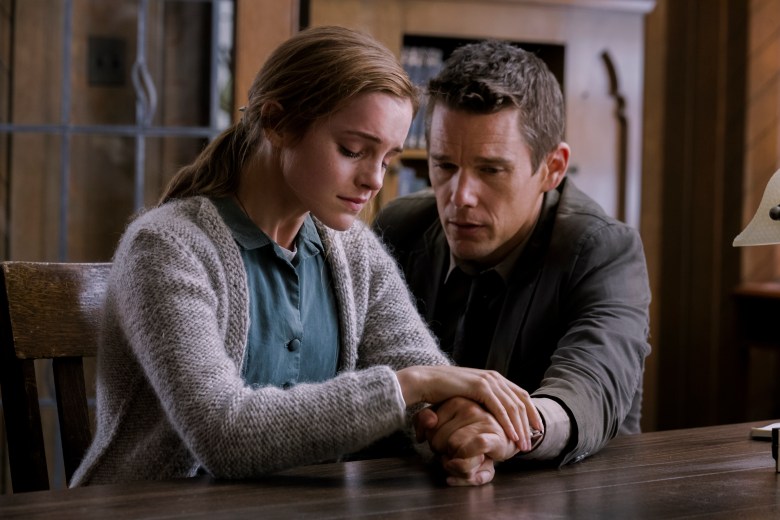 Ever since leaving behind the “Harry Potter” franchise in 2011, Emma Watson has emerged as one of the most exciting actresses working today. Her post-Hermione Granger career has been filled to the brim with diverse indie projects, from Sofia Coppola’s “The Bling Ring” to the cult drama “Colonia,” and she turned in her most frightened work yet in Alejandro Amenábar’s “Regression.” Co-starring Ethan Hawke and released by The Weinstein Company earlier this year, the horror movie finds Watson as a young woman who excuses her father of sexual abuse. A detective and a psychologist are brought on to the case to find out the truth, but what they uncover is terrifying and deadly for everyone involved.

To celebrate the film’s home release — it hits Blu-ray, DVD and Digital HD starting Tuesday, May 10 — Indiewire is giving away one copy of the film’s Blu-ray to a lucky reader. One potential winner will be determined from all eligible entries received during the entry period (10:30am on May 5 – 1:00pm on May 6) in a random drawing to be conducted at or about 4:00pm on May 5 by representatives of Indiewire. The winner will receive a grand prize of one “Regression” Blu-ray (approximate retail value $26.99). No purchase necessary.

To be eligible for the Indiewire “Regression” Blu-ray Giveaway, you must have a valid, public Twitter account in good standing and follow Indiewire (@Indiewire). To enter, you must re-tweet via the provided hashtag (#IWRegressionGiveaway) within the entry period from your Twitter account. Each re-tweet constitutes one entry into the sweepstakes. The entry limit is entry per person and/or account during the entry period. You can find the tweet below:

If you are a potential winner, @Indiewire will direct message you via Twitter in reply to the eligible re-tweet at your personal Twitter account to let you know that you are the winner on or about May 6, 2016. Potential winners have 24 hours to reply and provide a full name and valid email address in order for Sponsor to award the prize. If Sponsor does not hear from a potential winner within 24 hours, another potential winner can be selected at Sponsor’s discretion.

This Article is related to: News and tagged Emma Watson, Ethan Hawke, Regression