Review: 'Last Days in the Desert' Is a Story of the Christ that Lacks Any Passion 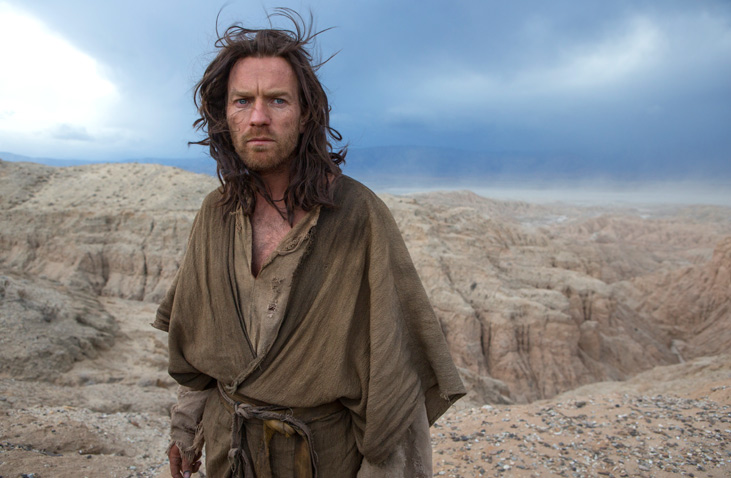 At a time when cynical, pandering “faith-based” movies have gained an extraordinary foothold at the box office, it should be exhilarating to see a genuinely provocative (but very respectful) movie about the trials and tribulations of Jesus Christ. A very far cry from the risible likes of “Risen” and “The Young Messiah,” Rodrigo García’s “Last Days in the Desert” stands out from its newly crowded sub-genre because it extends a hand to non-believers. Whereas the burgeoning cottage industry of “faith-based” movies are intended to preach to the choir (it’s not just a pun, it’s also a business model), García’s film exists on the fringes of theology — it doesn’t seek to validate the son of God so much as it does to humanize him. Most cinematic depictions of Jesus are rooted in the assumption that being half-man and half-divine ultimately made him neither, but “Last Days in the Desert” considers how it may have made him both.

The director of “Albert Nobbs” making a film about Jesus Christ is certainly an intriguing proposition, even before you consider how long it’s been since a film took assumed such a diffident approach to the character — Jesus may not have changed all that much in the 28 years since “The Last Temptation of Christ,” but his followers sure have (the War on Christmas alone has hardened many of his most ardent American devotees). Now, at a time when religious temperaments are shaping the political landscape, there may be some value in returning the son of God to a human scale. Alas, García hasn’t quite found it.

“To prepare for his mission, the holy man went into the desert to fast and pray, and to seek guidance.” So the film begins, introducing a poor wander named Yeshua (Ewan McGregor) as he shuffles through the craggy hills of the ancient world. From the start he’s depicted as a humble and indivisibly human fellow — lost, ragged and perplexed, this is a Jesus who wakes up with crust in his eyes, walks around with rocks in his shoe and lets a big fart fly. Each discrete episode of his travels is separated by a slow fade to black and a small breath of nothingness, like a closed paragraph of scripture. Some of the segments end with voiceover snippets of Yeshua’s internal monologue — “Father, where are you?” he asks to the sky, lilting his voice on the second-to-last syllable so it sounds a little silly (if only García had called his movie “Dude, Where’s Your God?”). There’s so little rhythm to the movie that the absence of rhythm begins to assume a shape of its own.

Eventually, our boy Yeshua comes across a family in the wasteland, living on a perilous plateau. There’s a Father (a typically gruff Ciarán Hinds), his 16-year-old Son (Tye Sheridan) and — inside their hovel — a Mother (Israeli actress Ayelet Zurer) on her deathbed. The Father is building a stone house for his Son to live in, but the Son wishes to move to Jerusalem and be his own man; he grows more resentful of his dad by the day. Jesus rolls in and immediately wants to reverse Yojimbo the situation and sort things out so that everyone is satisfied (after all, he did invent the Good Samaritan), but a Demon — also played by McGregor, but with a furrow in his brow — wagers that he can’t. A word of advice: Never make a gentleman’s bet with the Devil.

Including both McGregors, “Last Days in the Desert” features a grand total of six characters (and one of them is a Satanic snake monster). This is essentially an open air chamber piece, a small story that feels like it could have been smudged out of one of the Gospels and forgotten about. Cinematographer Emmanuel Lubezki works wonders with natural light — you’ll never believe they actually shot it four hours out of Los Angeles) — and the location conveys a universe in which people lived in the thousands, not the millions. But that soon backfires, as it starts feels like these are the only people alive, and the void-like inertness of these characters only further cements the impression that this is more of a parable than an actual narrative (Tye Sheridan’s character in particular is a complete blank, and the compassion that McGregor subtly brings to Yeshua isn’t enough to sustain interest). It’s difficult to invest in a family who constantly reminds you that they were invented for the sole purpose of putting Jesus to the test. The relationship between Sheridan and Hinds effectively boils down to a New Testament riff on “I don’t want your life!,” but set in the original West Canaan.

READ MORE: Watch: Ewan McGregor is Jesus and the Devil in ‘Last Days in the Desert’ Trailer

García essentially creates a hyper-literal Terrence Malick movie — he cuts out the middleman between all the daddy issues and the God stuff by creating a character who’s dad is actually God. Add Emmanuel Lubezki’s natural lighting and “The Tree of Life” alum Sheridan to the mix, and the derivative “Last Days in the Desert” becomes the reason why we can’t afford to lazily waste our Malick comparisons on other stuff all willy-nilly.

It’s a shame that the divine and human elements of this story are put into competition, because either one might have flourished on its own. García understands that boys become men, with our without their father’s blessing, but in trying to make a movie that’s about both Jesus and his disciples, it ultimately has little to say about either (and that doozy of a last shot only muddies the waters. “Last Days in the Desert” is a film of ideas with no soul, a film of faith with no spirit.

“Last Days in the Desert” is now playing in theaters.

This Article is related to: Reviews and tagged Emmanuel Lubezki, Ewan McGregor, Last Days in the Desert, Rodrigo García