A late mugging changes the game for "The Americans" Episode 11. 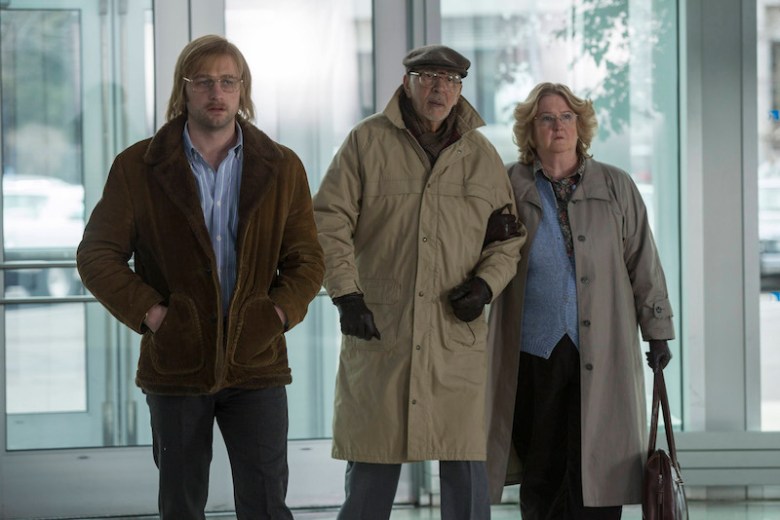 The week started off pretty well for the Jennings before ending very, very badly. Pastor Tim (Kelly AuCoin) came over to sincerely apologize for what they went through when he went missing (“because of my own stupidity”), giving Phillip and Elizabeth confidence in the couple keeping quiet going forward about their secret identities. Then Elizabeth’s terrible, horrible, no good, very bad day began. First, her request to find another way to complete her mission without using Young Hee (Ruthie Ann Miles) was turned down, leading her to fake a pregnancy and then a suicide, all to allow her “family” to go visit her husband, Don (Rob Yang), at work.

Immediately, they didn’t find what they needed, which had to make Elizabeth feel worse about what she’s putting her friend’s family through. But just as she was getting over it, Elizabeth and Paige were threatened by two bums looking for a little more than a few bucks. Elizabeth reacted as any trained agent would — especially when her child was threatened — but her (admittedly restrained) assault scared the bejesus out of Paige — even more than the potential mugging. Now she’s seen what her parents are truly capable of, and how she reacts to such a wild world may define the family’s relationship going forward.

Still, the title of the episode focused on a largely unseen dinner, the important takeaway from which was Stan’s introduction to Pastor Tim. While that at first made the holy man nervous as to why the Jennings were living so close to one of our nation’s protectors, it could also spell trouble if another anxious situation — similar to Tim getting lost overseas — pops up. Both Tim and his wife now have a person they can speak to, rather than just a video camera. And if they tell Stan, it’s all over.

READ MORE: ‘The Americans’ Renewed For Two Final Seasons, Will End in 2018 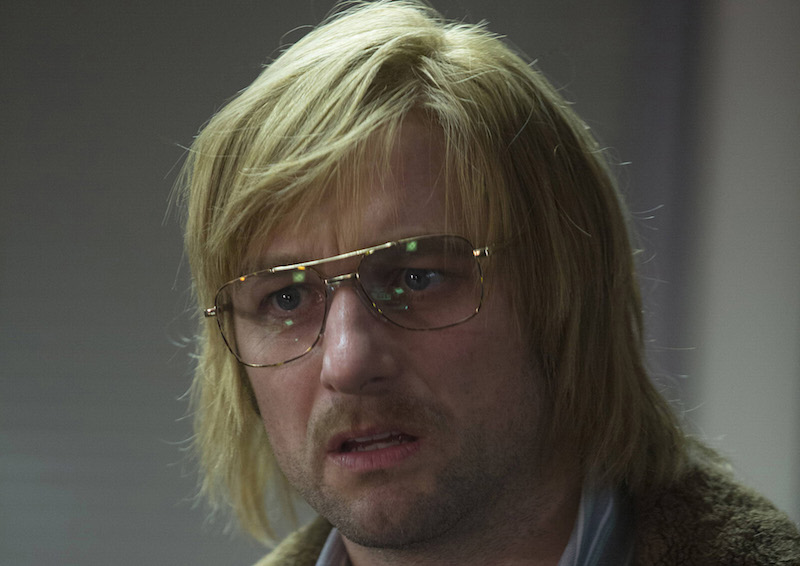 Phillip did everything that was asked of him this week, and he didn’t complain once. Now, that may not sound like an accomplishment, but we haven’t seen the Jennings family patriarch routinely execute missions in a while. He’s been better since his “vacation,” but this week really stood out for not standing out. Odds are he’s going to support Elizabeth no matter where she ends up, and his even-keeled judgment until then should help when shit inevitably hits the fan. 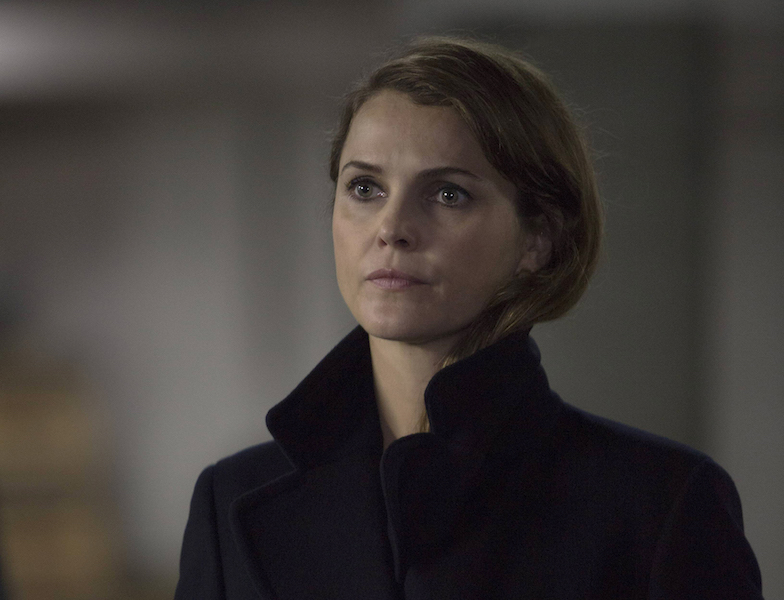 I mean, did anyone see where Elizabeth’s plot was going? After weeks of buildup, showrunners Joe Weisberg and Joel Fields made it clear just how disastrous the Centre’s plan would be for Young Hee, but the specifics were always guarded. Even after Don was seduced, I didn’t make the jump to a fake pregnancy. And maybe I should have, but there’s no way the next guess would have been suicide. Not only does Young Hee lose one of her newest, closest friends, but either she finds out about an affair and a baby (that never happened) or her husband lives with such guilt their marriage never recovers.

Now we know what Stan meant when he said, “They do things you could not imagine” (as if we needed a refresher). The line was drawn clearly between what these agents are willing to do and what the FBI is capable of considering, but the real emphasis — as it always is — is on the humanity of everyone involved. These people could and would be friends in a world without larger agendas. That much is clear, especially for Elizabeth, who now must face some tough questions from her daughter. How will she respond now when Paige wants to know what they do? We’ll find out next week, as “The Americans” inches ever closer to its season (but not series) finale. 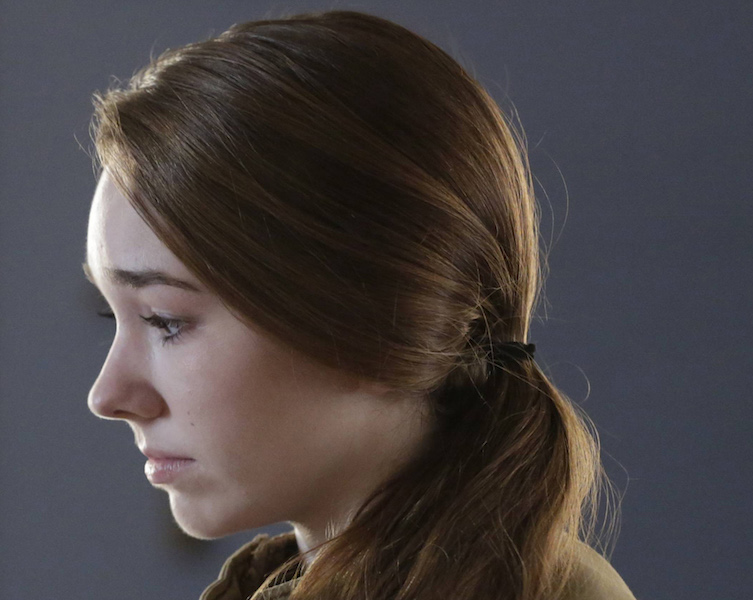 In lieu of an ever-diminishing sample of assets, we turn our focus this week to the allegiance of another family member — the very member who holds the family’s fate in her increasingly shaky hands. Shortly before Paige and Elizabeth were interrupted, it seemed the mother-daughter relationship was starting to heal. Paige calmly asked how long they’d be keeping tabs on the Pastor and his wife, while Elizabeth was up front and honest regarding the situation. Neither seemed overly concerned about where things were headed, and the end of that walk could have been truly healing if it weren’t for two greedy bums who picked on the wrong KGB Agent.

How will what Paige saw — what Elizabeth did — affect her future choices? Will she be more afraid of her mother or the consequences of standing up to her? Will she realize her parents’ missions aren’t as harmless as she’s been told? Moreover, will she be glad to have a mother who can protect her, or terrified by that fact? And don’t get me wrong — I believe Paige would’ve had the same reaction had Phillip been the one who stabbed a hobo in the neck. But putting Elizabeth in this position, after how firmly she came down on her, pre-vacation, could add to Paige’s disturbing image of her mother.

Stan made a truly fascinating decision this week in letting Oleg go. That’s a valuable asset to have, especially after building up an actual friendship over the years. But Stan wasn’t willing to let his job dictate a friend’s life. Unlike Elizabeth and Phillip, his asset was more valuable to him than the mission. And that may be why the KGB is always one step ahead.

Later, he and Agent Aderholt put together a key piece of information related to the case: the mail robot Agent Gaad conveniently “broke” that was then sent for repairs. Yes, that event mentioned took place in Season 3 (Episode 9), making it seem like the agents are pretty far behind Elizabeth and Phillp. Yet they’re making quick and large strides that should put just enough fright in us for what’s left to come.

Since this is the first we’ve seen of the undercover agent played by Marceline Hugot (who “Leftovers” fans will recognize as Gladys), we can’t say for sure whether or not she’s wearing a wig. If she is, the number goes up to three — and odds are she is, given the highly secretive nature of this mission. But Gabriel (Frank Langella) relied on his hat, sunglasses and fake disease to cover for him, rather than a wig, so maybe she hoped her haircut and glasses would do the same. Still, the far-and-away winner of the triumvirate is Phillip, whose shaggy long hair added an air of dementia to his absolutely mad faux-personality. Finally, Elizabeth donned her Peggy wig one last time to cap off an exciting week of wigs despite only a few submissions.

Quote of the Week 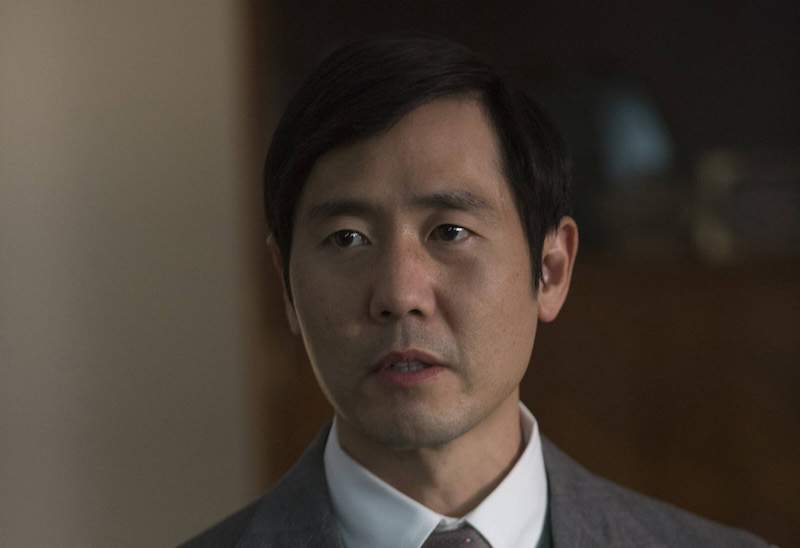 I don’t think these words were lost on Phillip. While he played his part well, this is exactly the kind of human plea that irked him in the past, confusing his loyalty with empathy. But the real effect of Don’s heartfelt plea was the lack of effect. Elizabeth was the one who really needed to hear this, as she was closest to the family and as close as she’s ever come to disobeying an order. I’m not pushing for Elizabeth to become more like Phillip — ready to question the Centre — nor am I arguing she failed to realize what she was doing. She knew; just maybe not these words.

This would have been easier for Elizabeth if she’d successfully seduced Don, rather than trick him into thinking something happened that didn’t. While his demand she get an abortion exposed a flaw in the loving family man, it was a flaw everyone was counting on being there. It was understandable that he’d react poorly, to various extremes, when presented with his one-night stand’s pregnancy. His compassion for and willingness to face her “family” culminated with the above, a stand-up statement if we’ve ever heard one. Had Elizabeth been there to hear, it might have cracked her (already fracturing) thick skin — just as that last message from Young Hee did.

Elizabeth is in a delicate place — even if her last scene showcased her strength.