Review: 'The Dresser' Pays Loving Homage to the Theatre Without Forgetting It's a Film 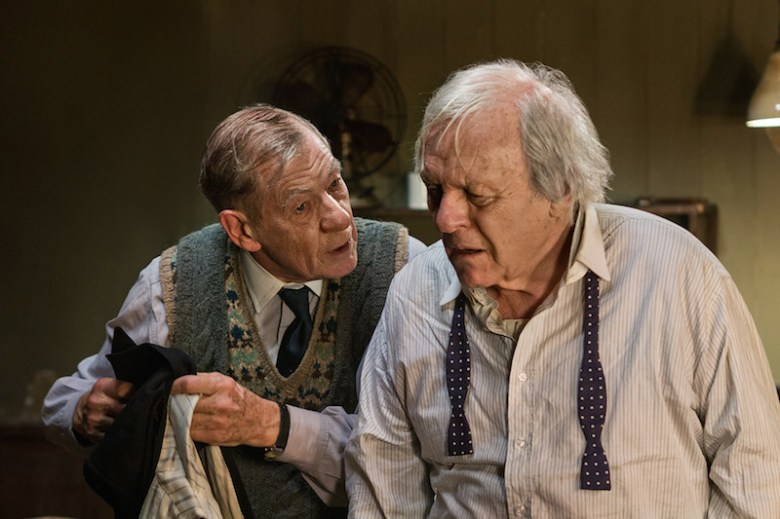 There are movies that exist only to highlight the towering work of their performers, and then there are films like “The Dresser.” A play by Ronald Harwood first staged in 1980 and re-envisioned for the silver screen in 1983 with Albert Finney and Tom Courtenay, the feature-length appreciation of the theatre — with an eye toward the actors willingly indentured to it — functions almost surprisingly well as a meta-narrative on aging, acting and the differing perspectives on the importance of both. With Anthony Hopkins and Ian McKellen digging into the meaty roles in front of them, there’s plenty of juice for the audience to savor, even if each viewer digests “The Dresser” differently.

Considering its history, both on stage and now with two filmed versions, “The Dresser” could have easily gone the other way. Harwood’s play has always walked a fine line between doing service to the script (and thus the art form it honors) and satirizing it, as an ineffective production is all the more doomed for its lofty ambition. Telling the England-set story of a famous stage performer — known only as Sir — who’s earned raves over his lengthy career but refuses to slow down even under doctor’s orders (and with WWII underway), “The Dresser” chronicles one fateful evening behind-the-scenes and under the lights of “King Lear.” Even bombs dropping outside can’t keep Sir from continuing with the show, and thus his fellow cast members and loyal stage hand, Norman (the dresser), must play along with his madness. 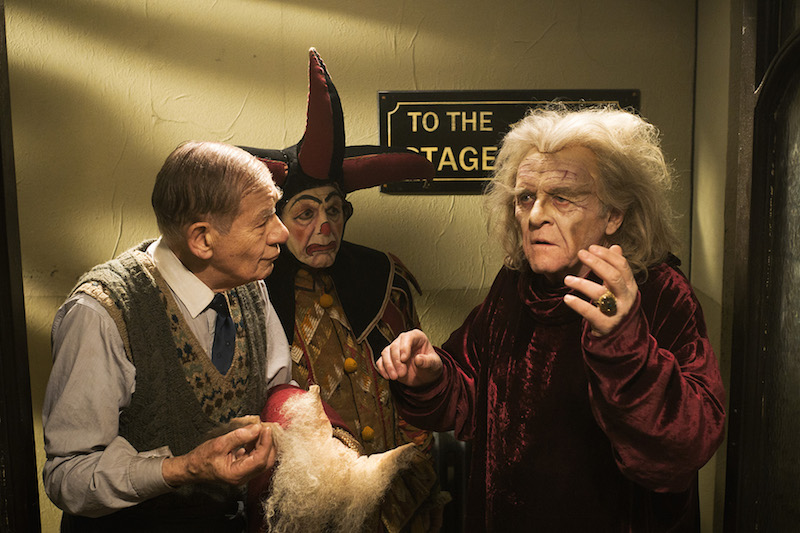 Or is it madness? Norman seems just as hellbent that the show must go on, but Her Ladyship (Emily Watson as Sir’s wife) is equally adamant it must be shut down. She’s worried for her husband, first and foremost, but the rich history of the theater isn’t the only honored backstory within “The Dresser.” We get to know an awful lot about its players, as well, with the specificity of character assisting each performer (and vice versa). It should come as no surprise then, that, largely, the weight of the production falls on the actors at its core, and also that — considering the talent on board here — each one delivers an ironically showstopping turn.

Hopkins is a scene-to-scene and minute-to-minute force. His Sir is as wildly emotional as a man living on the edge of health and sanity would be, but not once do you doubt his ability to finish what he’s started. There’s a fire in his eyes and a passion perfectly embodied by the Oscar winner, both of which contribute to his best performance since “Proof” in 2005 (which should bode well for his recently-scheduled HBO series, “Westworld”).

McKellen, meanwhile, is given the unique challenge of supporting and caring for a man to such an unhealthy degree, the latter worries what will happen to his dresser if the plays did end. Just like the answer Norman refuses to give, McKellen’s character is a tough target to read, but the legendary actor balances his responsibilities with charm and enthusiasm. Is he doing what he does for the man or the theater? Or the theatre because Sir is part of it? Sir because the theater is part of him? It’s a bit of a mystery until the very end, and McKellen’s conveyance of his character’s conundrum drives the larger point home all the greater. 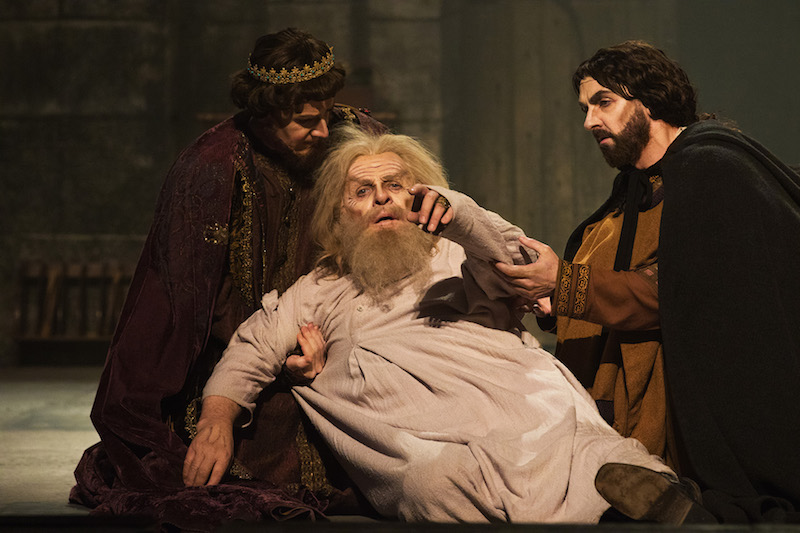 Filmed adaptations of plays can be as tricky as they are appealing. The top-tier material usually attracts stars excited to give their thespian muscles a workout, but that’s only half the battle. The screenwriter, director, production designer, and everyone behind-the-scenes has to make this a visual treat as much as it is an audible treasure. For a play like “The Dresser,” with limited sets, movement and as much weight put on theatre’s general significance as the story itself, it would be easy to trip up. Having a version already in the books, helping to show how it’s done, certainly helps. But Richard Eyre (“Notes on a Scandal”) and Ronald Harwood’s adaptation surpasses the minimum requirements and arguably becomes one of the better such adaptations in recent memory.

It does as much by honoring each role accordingly. Nothing is amiss in the two-hour film, and each lesson learned or lost leaves the audience with the right questions — “What would I be willing to die for?” — and not the wrong ones — “How long is this thing? What are they saying? Who’s that guy?” “The Dresser” is more than a TV movie. It’s a fully-fledged ode to the medium that birthed both television and movies. Everyone, both the real-life Dressers and actual Sirs, should be proud.