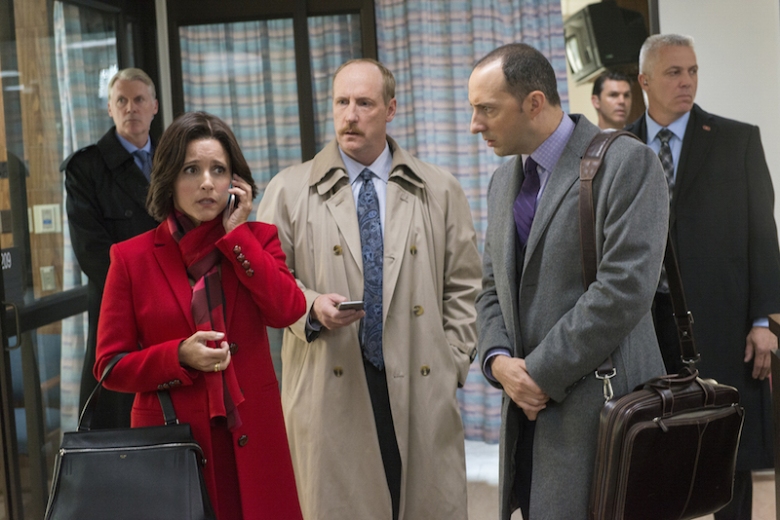 Remember when we reviewed “Veep” as a season? Remember when we went on that extended rant regarding the sheer brilliance of Julia Louis-Dreyfus? Remember us saying, “Within the first four episodes of any given ‘Veep’ season, Julia Louis-Dreyfus — who, frankly, deserves some sort of formal title denoting her landmark status as a living TV legend, like ‘Queen’ or ‘Emperor’ — will deliver a moment, series of moments or series of scenes that are like nothing you’ve ever seen her or anyone else perform before”?

Well, this was that moment. Louis-Dreyfus’ presentation of Selina’s sheer joy in learning that the vote count would continue in Nevada overwhelmed the requisite reaction of mourning she needed to convey for her daughter, and as she struggled mightily to try and empathize with Catherine, the President’s true self leaked out. It’s such an incredible scene, it actually justifies Louis-Dreyfus winning her eighth — eighth! — Emmy award, if her streak continues in 2016.

Though, to be fair, what makes it so powerful is the range of emotions on display surrounding said scene. Shortly following her euphoric outbursts at her mother’s deathbed, Selina flipped her shit over the vote count going against her, leading to a rage-filled second-half of “Mother” befitting of the sitting president’s feelings for her mom. Pair that with the restrained rage and conflicted (but quiet) emotions leading up to her decision to pull the plug, and you’ve got a masterwork of acting on display here. Bravo.

From our original season review:

“This season’s choice scene arrives in Episode 4, ‘Mother.’ Without getting too spoiler-y, Selina is demanded by circumstance to contort her emotions in a way befitting of public acceptance, but contradictory to her personal inclinations — as is so often the case for the face-saving politico. What results is a hybrid of high-pitched sobbing and uncontrollable laughter, with Selina trying in vain to pass off the latter for the former. Needless to say, the journey Louis-Dreyfus takes us on in just a few seconds is stunning. Her expression twists in futile agony as her body pulls her target of deception close enough to hide what she can’t stop: a grin spreading across a face expected to be weeping. The action repeats until it’s proven useless, and Louis-Dreyfus is freed to unleash her frightening level of pleasure.” 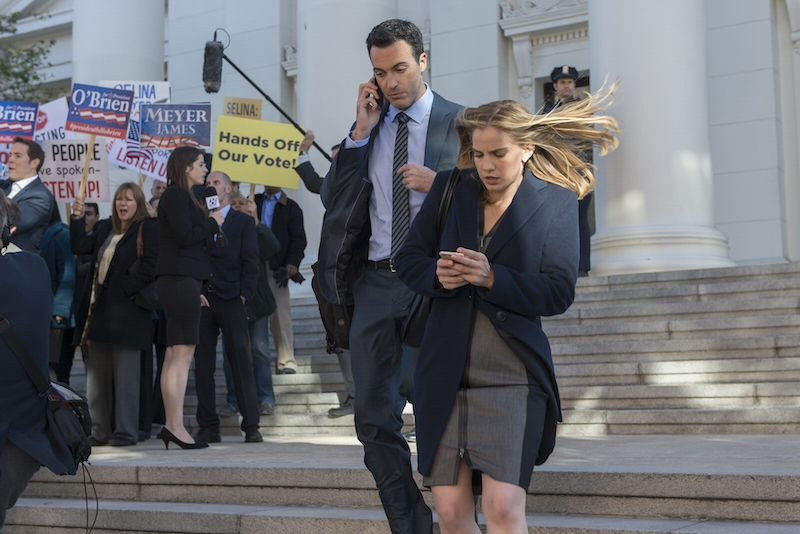 Jonad, chanting on the steps of a Nevada courthouse, thought he was doing the right thing, but Selina knew otherwise, as did most of America. Only Jonad could be so incompetent he doesn’t even need to be name-checked in an insult against him.

Ben has come out on top every week so far this season, first with, “Why are they all white? It looks like the NHL All-Star Weekend,” from Episode 1 and now thanks to the two-week reigning champ listed above. But Selina is back yet again in Week 4 with two more golden analogies. Does she deserve the title, especially after her rough week in office, or will Ben continue to govern the race?

“Honey, if I wanted to talk to an unconscious
person, I’d book a spot on Charlie Rose”
– Selina 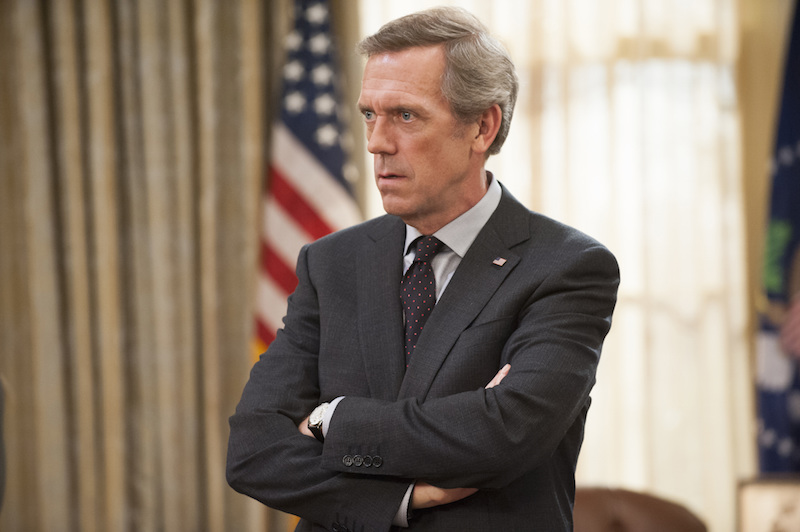 1. Tom James
– “To Congress we go.” And with that, the edge in the race went back to the uber-popular Tom James, as it seems evident Selina will never get her big win. If James wins, Selina’s worst nightmare could come true: back to the VP office.
2. Selina
– She’s still got a prayer, putting her above the rest of her underlings for now, but Selina’s odds to hold onto her highest office just dropped like a brick.
3. Charlie Baird
– There’s no way Charlie is only in this for his partner’s good company. He’s got to have a play working for his big business, as his consistent presence can’t just be for the press.
4. Catherine
– Catherine is really taking center stage in Season 5. Not only could her documentary do some real damage to Selina’s reputation, but now she’s got her grandmother’s inheritance to hold over her mom’s head. Now that the two have had an even more drastic fallout than before,
5. Ben
– Leave it to Ben to use the same words of comfort for a dying mother as a dead dog — and pull it off.
6. Kent
– Kent’s efforts to provide comfort to Selina in her time of need, be it a hand on the shoulder to deliver good polling numbers or earnestly trying to find the right words to express sorrow, are incredibly entertaining. He’s so uncomfortable and out of place, and Gary Cole knows just how to play it.
7. Amy
– Time to come home, Amy. Now just don’t go thinking about Dan, again.

9. Mike
– “I can turn around, Ma’am.”
10. Gary
– When the doctor was first informing the family of Grandma Meyer’s fate, the transition from Selina’s blank stare, to Gary’s disturbed face, to Catherine’s outright sobs was a thing of beauty. Catherine hides so well off-screen she’s become a constant presence in almost every scene, just in case she’s there. Gary could learn a thing or two about blending in.
11. Dan
– “The only thing 18-to-34-year-old women are going to do when they see you on camera is file a restraining order.”
12. Richard
– Richard not only led the wrong chant, but his lengthy, non-rhythmic choices certainly wouldn’t have gotten the job done anyway. Now that the recount is over, his usefulness just dropped quite a bit — and if Selina blames him for losing the vote, he could be on the outs entirely.
13. Jonah
– Will his comeback begin next week? Here’s hoping. Jonad’s been largely out of the game for the last few weeks, and we miss him — well, we miss people making fun of him.