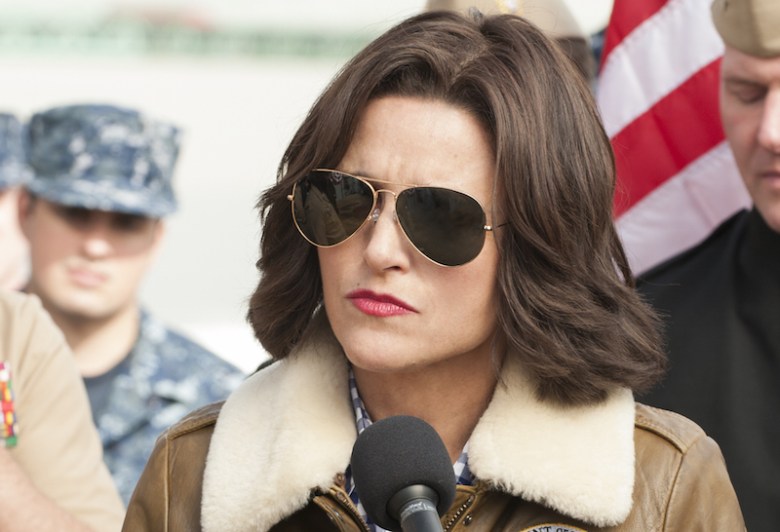 Top to bottom, “Thanksgiving” proved itself to be a notably excellent episode of “Veep.” From the turkey pardoning in the opening scene to a stunned-silent Selina, these 28 minutes confidently carried David Mandel’s freshman season past the midway point. Setting up Jonad’s Congressional run, Dan as Tom James’ aid with a critical secret and continuing to establish Catherine in a position of power are all savvy moves with immediate benefits as well as great potential down the line. Moreover, each of them kept the episode’s pacing on the ups, moving quickly from topic to topic without any speed bumps along the way. “Veep” again seems to be in cruise control as we prepare for the latter half, but you better believe no one is taking it easy. 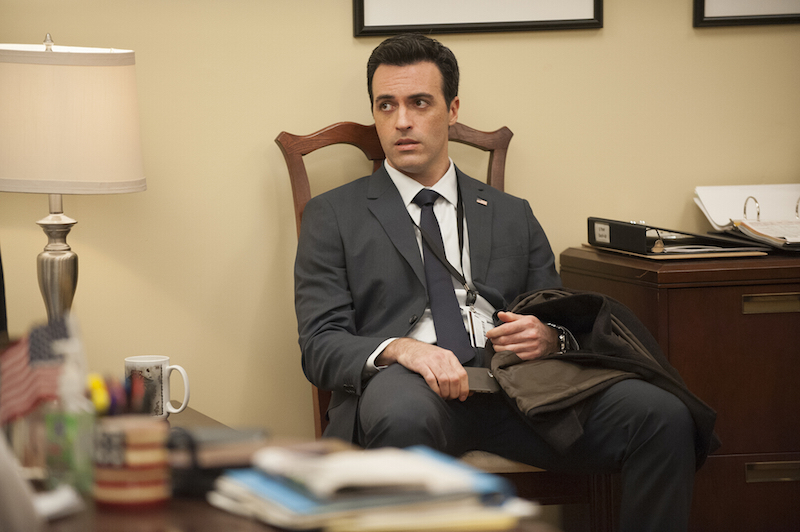 The beauty of this insult is that it’s not actually an insult. Richard is far too kind to attack even the tempting target that is Jonad, so when he commented on the family photo of him, it cut all the deeper for its innocent origins; deeper, in fact, than the many insults hurled in the face of a character who had yet to get his due in Season 5. Jonad and the Jonad bashing returned in full force this week, with his self-comparison to a “MRSA infection” — “You don’t get rid of Jonah Ryan!” — serving as a perfect metaphor as well as a meta parallel for what we already knew: Even though his role was temporarily diminished, Jonad wasn’t going anywhere.

And now he’s running for Congress. Selina put adequate punctuation on that shocking reveal herself, serving “wheat protein and organic nature turkey” to seamen with a sullen, stunned expression fitting of someone who just imagined “the Jolly Green Jizzbag” in power. Involving Jonad in the campaign to such a preposterous degree is a stroke of genius, and it helps smooth over extending this election crisis by shifting focus to another state (so soon after Nevada). At some point, they’re going to have to tell us if Selina won or not. Until then, we shall enjoy seeing Jonad put through the wringer as a legitimate political candidate.

Selina took over the top spot last week, with her malicious simile harkening back to Nazi-occupied Germany, but there are a slew of new competitors this week. Ben, after winning four weeks in a row, is back in the mix with a couple of excellent barbs, while Doyle, a first-timer, also tries to start a run. Vote for your favorite below, and we’ll revisit the victor next week.

“I love it. Domestic abuse jokes. They just tickle me.” – Selina

Among her many foibles, Selna’s feminist backbone isn’t one of them. While hardly a role model for children, the first female President often refuses to take any shit in regard to her oft-diminished gender, and that might be our favorite thing about her. Even as Doyle attempted to make a joke similar to Ben’s (see the simile section above), the difference was clear to Selina in the moment: One made men the punchline (Ben’s) and the other women. It may sound like he’s poking fun at Ben, by implying he’s the one who hit Selina, but by placing the blame on the victim Doyle stepped over Selina’s line — and we’re glad she called him out for it, you know, in her own way. 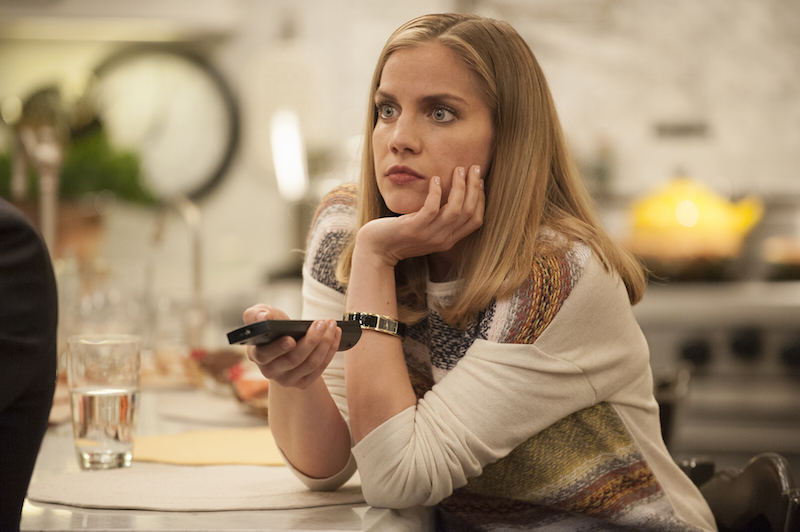 1. Tom James
– There may be a chink in James’ armor if Dan can get anyone to listen to him about the lobbying link, but, if he gets a shot at the presidency, that doesn’t feel like enough to stop him.

2. Selina
– Surprisingly, Selina managed to cover up her eye lift, but the fact her future may hinge on “Congressman Jonah Ryan” becoming a reality is enough to spoil not only Thanksgiving but Hanukkah, too.

3. Catherine
– Selina’s casual treatment of her daughter — tossing aside an invite to Thanksgiving dinner and throwing her to the journalistic wolves with those turkey names — is going to come back to bite her. She’s got Mima’s house. Where will Selina go when she’s out of the White House?

4. Charlie Baird
– Unseen this week, but certainly not gone for good.

6. Kent
– Kent’s quick, “Well done” at the end of Ben’s impression of Dan worked because it was sincere. Kent does not joke, but he can appreciate a good one.

7. Amy
– Jerry! Gary! Jim O’Heir! Amy’s dad defending his family against Dan was delightful enough, but to hear those words come out of “Parks and Recreation’s” biggest softie added a whole new level of excitement to the scene.

9. Mike
– I am shocked, shocked, Mike wasn’t found out for stealing a quickie with Wendy in the turkeys’ hotel room. That’s a big risk for a man who’s afraid of his wife.

10. Gary
– Poor Gary. He just wants to sit and eat with Selina. But at least his tea tray is bigger than Dan’s. That’s Gary for ya: Head of the Tea-Bagging Department.

11. Dan
– Dan looked like he was teaming up with the right guy…until he took things too far and got put in his place. Gary would’ve never done that, Dan. Once you’re a bagman, ambition is the pocket that never gets opened.

12. Jonah
– He is a lamb to be slaughtered for the greater good, but he’s still managed to move ahead of Richard — his prospective Chief of Staff.

13. Richard
– Based on Richard’s demeanor, you’d never guess he’s dropped to the bottom of the scrap heap. He even seemed legitimately excited to be considered as part of Jonad’s (doomed) administration.