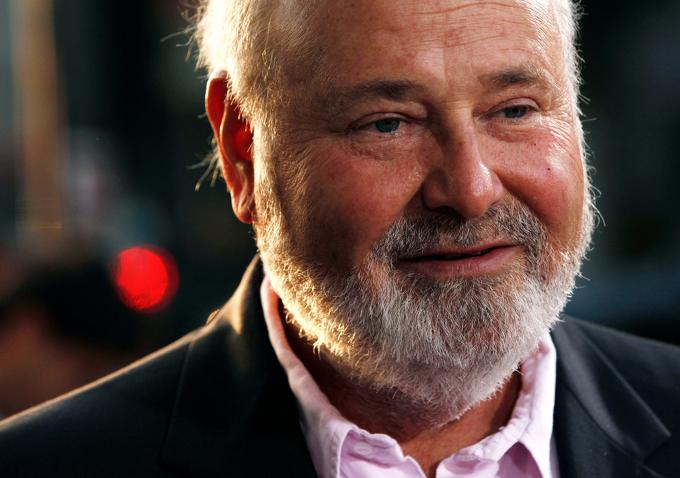 Director Rob Reiner has some choice words for a certain presumptive Republican nominee. Promoting his latest film “Being Charlie,” Reiner went on MSNBC’s “Morning Joe,” hosted by cable news host Joe Scarborough, to provide his opinions on Donald Trump, his supporters, and the media that implicitly supports him. Reiner claims that if Trump were not a celebrity, he would not be considered a serious candidate and as such wouldn’t be receiving as much media coverage. He compares him to “a lunatic in park on a soapbox” and that a stranger would “walk right by him,” but because he’s a celebrity, “we’re all interested.” He also goes on to blame the media for eating up Trump’s antics. “Of course, they’re going to be ratings,” he says. “But who cares? We have to care about what does this man say.”

Reiner also took time to mention that many of Trump’s supporters are inevitably racist. “If you’re a candidate and you’re standing there and there are people in your rally who are KKK members, members of the Aryan nation, white supremacists…I would say, ‘I don’t really want that support. That’s hate speech. That’s hate-mongering. I don’t want that support.’ I don’t see Donal Trump saying [that.]” Reiner also confirmed that he supports Hillary Clinton in the general election, saying that she’s “the most qualified person to be president in my lifetime, and I’m pretty damn old.”

Rob Reiner has worked in Hollywood for over fifty years. He first came to prominence as Michael “Meathead” Stivic on Norman Lear’s “All in the Family,” but later became the director of several well-known films like, “This Is Spinal Tap,” “Stand By Me,” “The Princess Bride,” “When Harry Met Sally…” and “A Few Good Men.” His latest film “Being Charlie” enters theaters tomorrow.

READ MORE: The Essentials: The Films Of Rob Reiner (Before He Forgot How To Direct Movies)

This Article is related to: News and tagged MSNBC, Rob Reiner