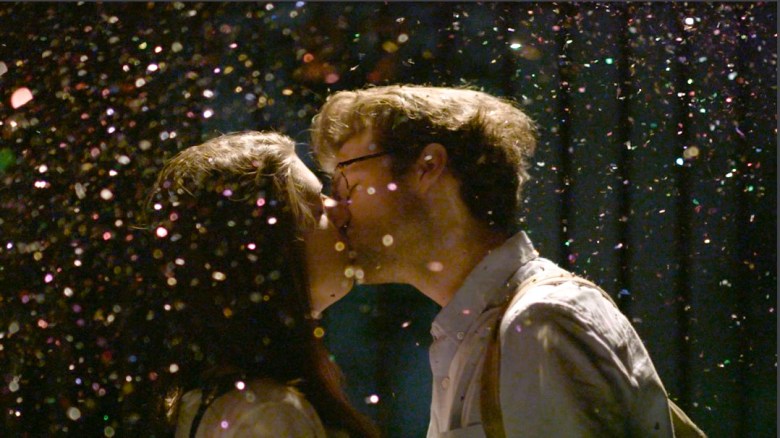 Logline: “In Reality” tells the true story of Ann, an average brunette with a wild imagination, who takes you on a fantastical journey through her mind as she investigates an experience with unrequited love.

Elevator Pitch:
It’s Brooklyn, 2014. Ann is 22 and wants it all – creative fulfillment, career success, financial stability – but more than anything she fantasizes about love. She meets John, and by god she thinks he’s The One. There is undeniable chemistry and romance …they have sex. To Ann, their fate is sealed; they are undeniably on their way to a wonderful relationship. A week after their first kiss/sex, John tells her he just wants to be friends. Ann does not understand. It’s not possible. Unable to accept the rejection, she falls into her most spectacular fantasy yet.

About the Film:
It had been exactly one year – a year of misinterpreted text messages, platonic hang outs confused for romantic moments, and constant full body and mind inquisitions of what was wrong with me. I was at the bottom of a deep rabbit hole known as unrequited love and I realized it was up to me to climb my way out. I was curious and confused how I had gotten there in the first place when I supposedly knew better. I decided to investigate the experience and myself. My prompt was to learn “to love more intelligently.”

Current Status: We are 70% through production and fundraising for the bigger final scenes we need to shoot this summer.