Salma Hayek: Why European Cinema Is Much Kinder To Aging Actresses Than Hollywood 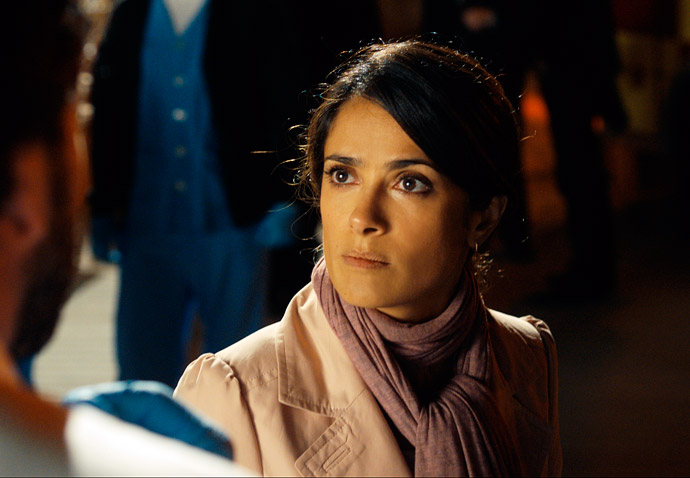 At today’s Women in Motion panel at the Cannes Film Festival, actress Salma Hayek expressed her opinions on working in Hollywood, feminism, and how best to exploit an unfair system. According to a report from the Telegraph, Hayek argues that Hollywood didn’t exploit her by casting her in “sexy” roles, but rather that she and the system “used each other” after Hayek decided to make an impact from the inside. “It was the maid or the sexy girl,” the Oscar-nominated actress said. “That’s as much as I can say. It’s a process: [filmmakers] are using me for that, but I’m going to use it to change your own way of thinking. And you won’t even notice.” She says that “all men are children” and that it requires patience to work with them to help boost more roles for women.

She also addressed past criticisms about her clothes and fashion sense, saying that the way she dresses doesn’t make her any less of a feminist: “It’s not because I want to let anybody touch me. But why not celebrate who we are as women and our sensuality?…You have to have the joy to celebrate all the little parts that we have, and that doesn’t make me less of a feminist. It just doesn’t make me as angry and guarded and a victim.” Hayek later addressed the differences between working in Hollywood and working Europe, and how the latter doesn’t dispose of female actresses because they’re too old: “The actresses are not disposable at 30 or 28, they don’t have to start injecting the Botox at 14 so they don’t lose jobs.”

She finally urged women to spend money on films they want to see, arguing that’s the only way to change things: “Women now have a strength and they decide which movies to go see. The problem is we need a chance to explore what women want…We need to find out what we want, who are we, what we want to see. And then we need to go to the movies.”

Hayek first came to prominence with roles in Robert Rodriguez’s “Desperado” and “From Dusk till Dawn,” Kevin Smith’s “Dogma,” and Barry Sonnenfeld’s “Wild Wild West.” She received an Oscar nomination for Best Actress for her performance as artist Frida Kahlo in Julie Taymor’s “Frieda.” She also executive-produced and guest starred in the ABC drama “Ugly Betty,” and had a prominent guest star role on Tina Fey’s “30 Rock.”

This Article is related to: News and tagged Cannes, Salma Hayek