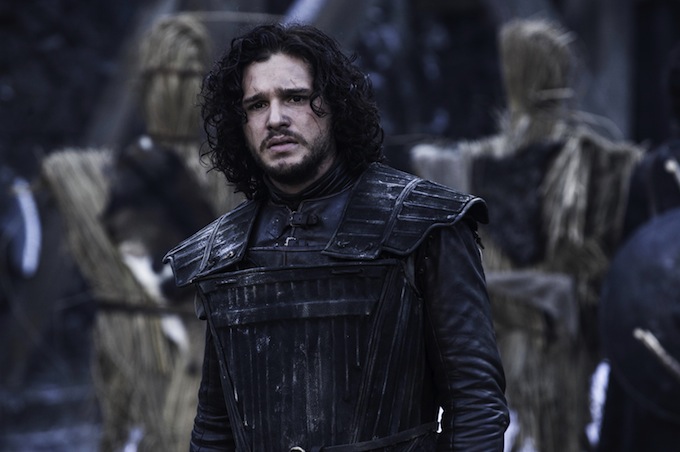 (Reader beware: Like winter, spoilers are coming.) There’s so much going on in Westeros at any given moment that, even in an eventful “Game of Thrones” episode, it can feel like little has been achieved in the grand scheme of things. Such was the gist of a skit on last night’s “Saturday Night Live” in which host Brie Larson mocked the drawn-out arc of Jon Snow, who was killed in the season-five finale and whose ultimate fate has been the subject of rampant speculation ever since.

Most fans have been cautiously optimistic that the bastard son of Ned Stark would be resurrected in one form another, while all involved with the making of the show — including actor Kit Harrington himself — have coyly insisted that we’ve seen our last of the Lord Commander.

Snow was resurrected in the closing moments of last week’s “Thrones,” of course, though not after a protracted sequence made it appear as though Melisandre’s dark magic had failed to do so. “Just bring him back to life already,” Larson says in the skit as “SNL’s” stand-ins for Davos, Tormund and Dolorous Edd insist that Snow is totally super dead. “Yeah, we all know it’s gonna happen,” Cecily Strong agrees. “Just do it!”

READ MORE: ‘After the Thrones’ Gives You Exactly What You Want, But Is That Good For ‘Game of Thrones’ Fans?

You can probably take it from there. Funny thing about the skit, though: It doesn’t even last as long as the scene it’s mocking.

This Article is related to: News and tagged Brie Larson, Game of Thrones, Saturday Night Live