Shane Black: 'Iron Man 3' Villain Was Going To Be A Woman, But She Wouldn't Have Sold Toys 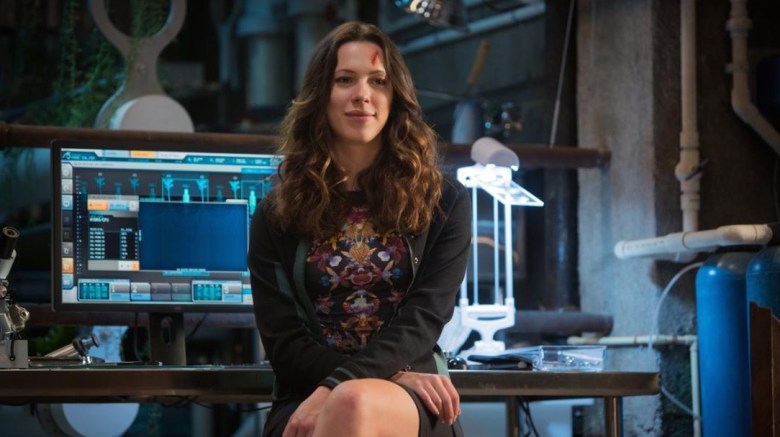 If the death of Rebecca Hall’s character, Maya Hansen, in Shane Black’s “Iron Man 3” felt a little rushed to you, or if you wondered why female super-soldier Brandt (Stéphanie Szostak) seemed to get short shrift from a larger storyline, the director himself might have some surprising new information for you. Black’s busy beating down the interview and junket path with his latest film, the Cannes offering “The Nice Guys,” but when asked about his one-time journey into the Marvel Cinematic Universe, he still had plenty to say.

READ MORE: Shane Black Q&A: How Ryan Gosling Helped ‘The Nice Guys’ Get Made After 13 Years

He continued, “There was an early draft of ‘Iron Man 3’ where we had an inkling of a problem. Which is that we had a female character who was the villain in the draft. We had finished the script and we were given a no-holds-barred memo saying that cannot stand and we’ve changed our minds because, after consulting, we’ve decided that toy won’t sell as well if it’s a female…We had to change the entire script because of toy making.”

Because of toy making.

The director explained further that “in the earlier draft, the woman was essentially Killian [the role Guy Pearce played] – and they didn’t want a female Killian, they wanted a male Killian. I liked the idea, like ‘Remington Steele,’ you think it’s the man but at the end, the woman has been running the whole show. They just said, ‘no way.'”

READ MORE: Is the Superhero Craze Destroying the Movies?

Black was quick to clarify to Uproxx that this did not come from Kevin Feige, the current president of Marvel Studios, but “Marvel corporate,” which at the time included Ike Perlmutter, who previously oversaw the development of all Marvel Studios properties (including “Iron Man 3”), a task that he ceded to Feige in September of 2015. Black said, “If you ever say anything about decisions made at Marvel, I hope you’ll qualify it by saying that Kevin Feige is the guy who gets it right. And I don’t know if it was Ike, I don’t know who it was. They never told me who made the decision, we just got that memo one day and it was about toy sales. That’s all I know.”

Disney and Marvel have been taken to task in the past for not pushing out many toys or other merchandise based on female characters, a trend that just seems to keep ticking right a long. A January 2015 report from Gizmodo reminds us that Black Widow didn’t get an action figure until the first “Avengers” film, while “Guardians of the Galaxy” character Gamora also didn’t appear in the vast majority of toys when the film first hit shelves.

We’ve long known that the women of the MCU get the short end of the stick when it comes to toys, but Black’s new comments make it sound as if that thinking extends (or, at least, did extend) to actually crafting characters in the franchise.

Check out the trailer for the latest MCU offering, “Captain America: Civil War,” below: