Shane Black Q&A: How Ryan Gosling Helped 'The Nice Guys' Get Made After 13 Years 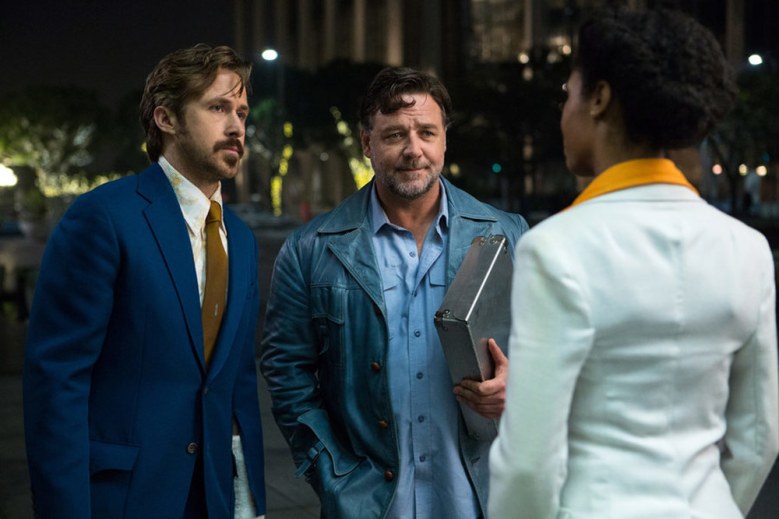 Director Shane Black’s action-comedy “The Nice Guys” starring Ryan Gosling and Russell Crowe is sure to be one of the most fun and fast-paced thrill rides at this year’s Cannes Film Festival. The out-of-competition title set in 1977 Los Angeles follows a down-on-his-luck private eye (Gosling) and hired enforcer (Crowe) as they try to track down a missing girl, one car chase and explosion at a time.

“Nice Guys” screens at Cannes on May 15, before hitting theaters May 20. Indiewire recently sat down with Black, who also co-wrote the screenplay for the film, to talk about how the experience of making “Nice Guys” compared to directing “Iron Man 3” and what to expect from his upcoming project, the remake of 1987’s “Predator” (in which Black had a supporting actor role).

What was the original kernel of an idea that got “The Nice Guys” going?

There was no concrete idea other than a love for these old school detective thrillers [and] unsung heroes of the garish airport paperbacks from the ’50s and ’60s. They had all these half-clad ladies perched on desks and guys in short sleeves with a cigarette and a loose shoulder holster. My friend Anthony Bagarozzi and I concocted the script in 2001 that was set in the present day and it went nowhere. We tried it again as a TV show for CBS in 2006 and that went nowhere as well.

Finally, in 2014 we put it out one last time and Ryan Gosling looked at it and his agent said, “This is the sort of thing Ryan’s looking for.” Within three days Russell Crowe said “I like it, and if Ryan’s doing it, I’ll do it.” After thirteen years it just popped into place in three days.

How do you compare making a movie like this to directing “Iron Man 3”?
“Iron Man 3” was very educational. There’s a train that starts moving which already has so many moving parts, and it’s a constant process of animatics and storyboards and consulting meetings and it’s very mechanical process once the script is written. It’s sprawling and they’re throwing money at it to get these things accomplished. This was more old school. With the exception of digital cameras and occasional green screen backgrounds, this felt like a movie that could have been made in the ’70s.
How important was it to you to show a “nice” side of these characters that might not otherwise be shown in a similar genre film?
It’s a tricky balancing act, because I did not want to make a film that is sentimental. Whatever film I’m making, no matter how harsh or edgy it is, there has to be a core underneath the ebb and flow of it that is heartfelt. In this one, there is a nobility to these knights in tarnished armor that is represented by the conscience of these two guys. I think it’s very important to have a mixture of tone.

The problem I see in a lot of films these days is the assumption you can only have one tone in a movie. Either it’s somber and tough or it’s light and funny. “Nice Guys” has darkness in it and parts that are kind of odd, but there are also parts where it’s heartfelt and soulful. You can switch back and forth.

Is that ability to switch back and forth something you saw in movies from the ’70s?
I don’t know if it’s specific to the ’70s era, but there was certainly a playfulness to ’70s films where nothing was out of bounds. You show kids “Vanishing Point” or “Five Easy Pieces” and there’s this look of, what the hell were they thinking? Not because it’s a bad movie but because they were free to be out there. I think in big-budget movies where everything seems so poured over and restricted and the studio wants to examine every frame to make sure it’s vetted properly, you lose a little bit of playfulness.
What about the experience of making this movie surprised you?

After “Iron Man 3,” nothing is a surprise.
Do you see this movie as a love letter to the ’70s L.A. of your childhood?
It could have been a love letter to any area. It’s a timeless detective film. It was supposed to feel uprooted in time. Detective stories always have and always will be uniquely American. That started here. The gumshoe and the cowboy. That’s distinctly American.
It is kind of nice to see detectives that carry notepads, not cell phones.
Suspense movies took a big hit with the cell phone! It used to be if a guy’s in trouble and running he had to get to a payphone. 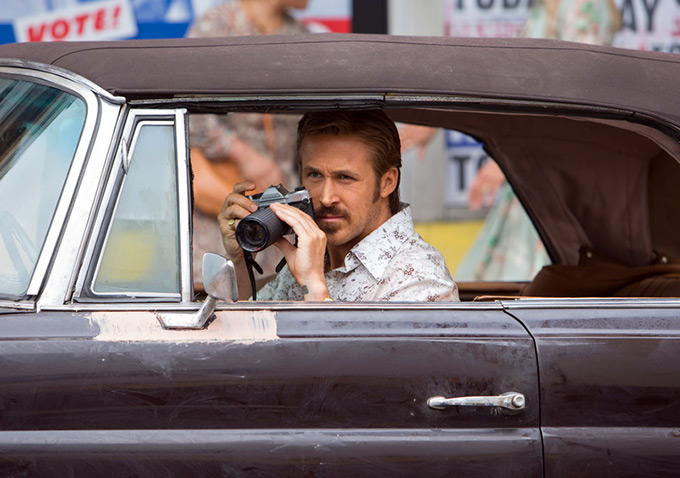 Cars play such a big role in this movie that it’s almost like they’re another character.
That was a nod to the ’70s. “Bullet” was 1968, which was the cusp of it, and “The Seven-Ups” was the ’70s. That film’s director Philip D’antoni was a second unit guy who specialized in car chases. Those were newsworthy. Car chases have become commonplace, but in the ’70s it was such a big deal to do these stunts.
What else do you like about a movie set in the ’70s?
I just felt there was an exuberance to the ’70s. They were a different time. Instead of all this divisiveness that we see now, it was the aftermath of the protests and you got a sense that we are all in it together. TV was all about multiculturalism, even “Sesame Street.” It really was the playing out of how eclectic, inclusive and diverse the ’70s were. It was made to forge this ecstatic celebration of the oneness. I didn’t want to make a glum movie.
You’ve got “Predator” coming up next, right?
Yes. We are getting ready to do casting in the next few weeks and start making offers and thinking about who’s in the damn thing. This morning I will go start storyboarding “Predator” again.

How is the pre-production process for that movie going?
Working on the script I started to get excited about it. I thought it was good, but I wasn’t sure to trust it, and I started showing it to people and they were saying, “This could really be something!” I think it could be really interesting and really exuberant. My hope is that we will satisfy “Predator” fans. I’m excited now to dive in and do a “Predator” movie that’s intense, thrilling, fast, and has the event feel. I would hope to get a crowd that is willing to stand in line to get excited for a new “Predator” movie.
You had a supporting role in the original “Predator.” It must feel good to be the person in charge of a big movie like that now, 30 years later?
It does. One of the saddest parts is the reminder of how much it feels like a blink of time. To me it’s like, oh yeah we did this a few years back. Then you realize, no this was not a few years ago, or eight years ago, or 10 years ago. This was 30 years ago. And it feels like a blink.

This Article is related to: Features and tagged Interviews, Ryan Gosling, Shane Black, The Nice Guys