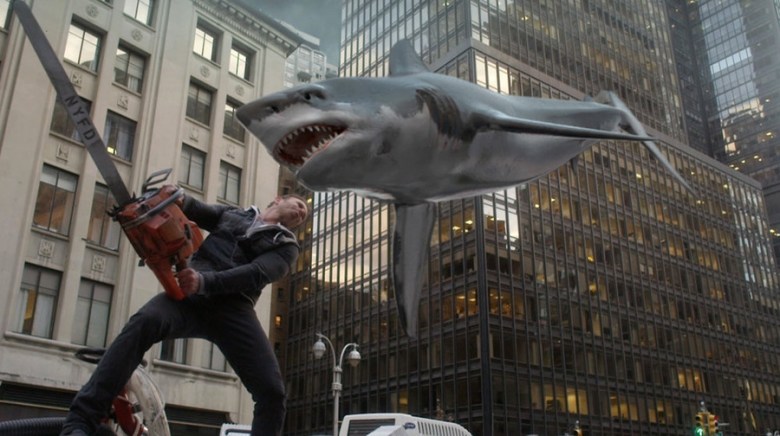 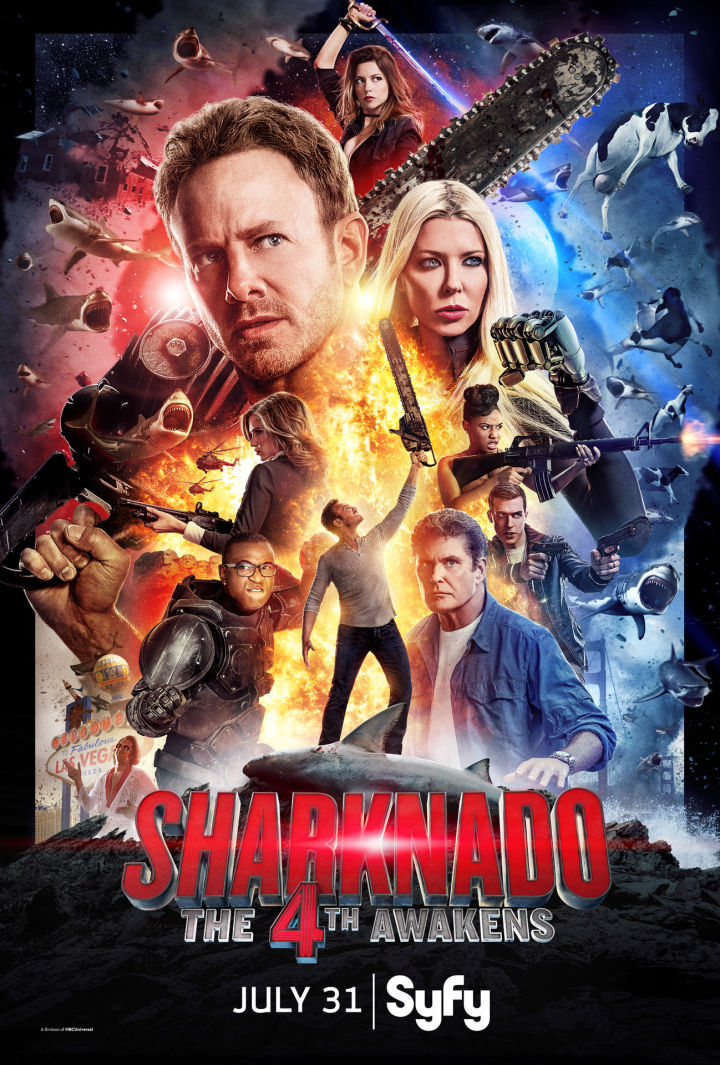 In 2013, the SyFy channel produced a made-for-TV disaster film “Sharknado,” about a water spout that lifts sharks out of the ocean and deposits them in Los Angeles. The film aspired to cult status, and greatly succeed with audiences and critics who praised its “so-bad-it’s-good” characteristics. Now, SyFy has followed “Sharknado” up with two subsequent sequels, “Sharknado 2: The Second One,” and “Sharknado 3: Oh Hell No!” This year, SyFy will premiere “Sharknado: The 4th Awakens” this summer, and the channel has unveiled its “Star Wars”-themed poster as well as a partial list of cameos, including controversial Fox News host Stacye Dash as the Mayor of Chicago. Check out the poster above.

Directed by Anthony C. Ferrante and written by Thunder Levin, both of whom were behind the previous “Sharknado” films, “Sharknado: The 4th Awakens” will pick up five years after the last film as Fin (Ian Ziering) and his family have been free of the sharknado threat for some time, but just when they thought they were safe, it returns with a vengeance and in places they’d least expect. Tara Reid is also set to reprise her role as April Wexler to reveal the character’s fate after fans voted on whether she should live or die. Other cast members include David Hasselhoff (“Baywatch”), Ryan Newman (“Monster House”), Gary Busey (“Lethal Weapon”), Tommy Davidson (“In Living Color”), Imani Hakin (“Everybody Hates Chris”), and more.

“Sharknado: The 4th Awakens” will premiere on July 31st at 8pm Eastern on the SyFy channel. Check out the partial list of cameos below.

READ MORE: Blood, Sharks and Martinis: Watching ‘Sharknado 2’ Is About As Fun As It Sounds