'Space Jam 2': Justin Lin to Take His Chance, Do His Dance With LeBron James in Highly Anticipated Sequel 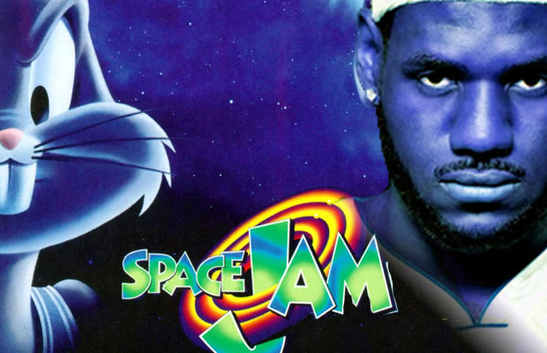 If we haven’t already, we’ll soon reach peak ’90s nostalgia. Nickelodeon recently launched The Splat, “Unbreakable Kimmy Schmidt” is a veritable ’90s-reference machine and “Space Jam 2” is in the works. In addition to LeBron James, who’s subbing in for original star Michael Jordan, it’s been announced by The Hollywood Reporter that Justin Lin will not only be co-writing the script with Andrew Dodge and Alfredo Botello but directing as well.

READ MORE: Watch: The Climactic ‘Space Jam’ Basketball Game, As Recounted in the Style of an ESPN ’30 for 30′ Doc

Lin made a name for himself with the controversial Sundance hit “Better Luck Tomorrow” in 2002 and has since gone on to direct four “Fast and the Furious” sequels and the upcoming “Star Trek Beyond.” He’s also been active in the TV industry, helming several episodes of both “Community” and “True Detective.” The original “Space Jam,” a live-action/animation blend, pits Jordan and the Looney Tunes against the villainous Monstars, who absorb the next-level skills of NBA stars Charles Barkley, Shawn Bradley, Patrick Ewing, Larry Johnson and Muggsy Bogues. A high-stakes game follows, with the Looney Tunes’ freedom on the line.

“Space Jam” remains the highest-grossing basketball movie of all time and is much beloved by self-proclaimed ’90s kids the world over. This, coupled with James’ status as the heir apparent to Jordan’s prowess on the court, lends the sequel the mixed blessing of high expectations. No release date has been announced.

For more, watch a clip of LeBron in “Trainwreck”: