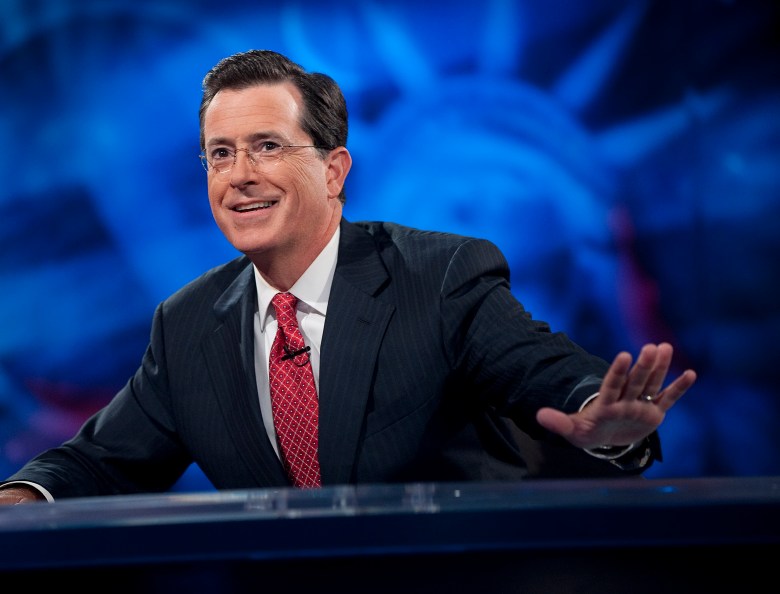 If you were disappointed but not exactly surprised by the news that “Iron Man 3” was supposed to have a female villain before Marvel emphatically said no to the idea, you’re not alone. Stephen Colbert took note of the news on “The Late Show” last night, rebuking the male-dominated “sausage fest” that is the Marvel Cinematic Universe with typical humor and insight.

READ MORE: Shane Black: ‘Iron Man 3’ Villain Was Going To Be A Woman, But She Wouldn’t Have Sold Toys
The reason for the change was the most cynical aspect of the news, which came from an interview with “Iron Man 3” writer/director Shane Black occasioned by his new film “The Nice Guys”: Marvel didn’t think a female toy would sell as well. “It makes sense. Girls don’t play with dolls” Colbert says in the segment, before mockups of dolls from classic ’80s films appear onscreen: “Hannah and Her Sisters,” “Sophie’s Choice. (“I really struggled with whether to open that one or keep it in the box. It was a real…quandary.”)

READ MORE: Is the Superhero Craze Destroying the Movies?

None of the 13 films that comprise the MCU to date center around the franchise’s many female characters, nor do any of the nine others that have already been announced. (2018’s “Ant-Man and the Wasp” comes closest, with Evangeline Lilly as the Wasp.)