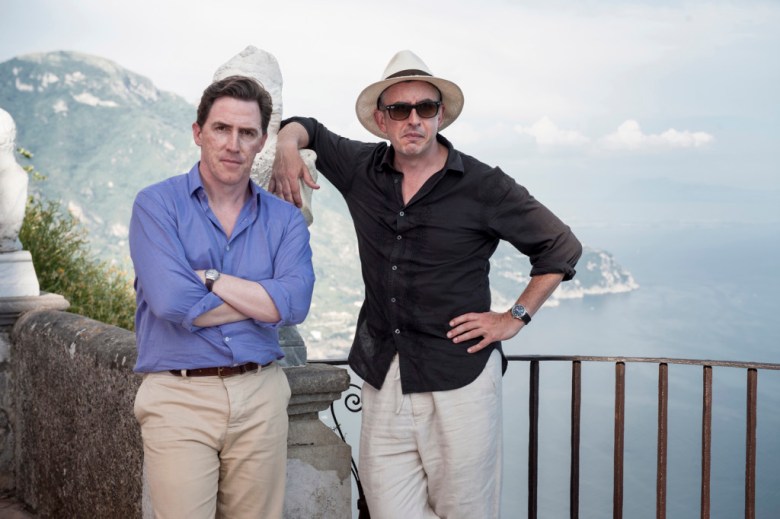 Steve Coogan and Rob Brydon are reteaming for a third installment of their popular comedy franchise “The Trip.” This time Goalpost Film is kicking off sales in Cannes for their latest feature, “The Trip to Spain.” Michael Winterbottom will return as director.

According to Screen Daily, Sky will broadcast the series in the UK but Goalpost will package the third part as a feature, as it has with the previous two. Melissa Parmenter will serve as producer alongside Revolution Films, Baby Cow and Small Man.

In the comedic series, Coogan and Brydon play semi-fictionalized versions of themselves as they venture to restaurants and take in the city’s sights, reporting back to the UK’s Observer on their findings.

“Having thought long and hard about yet another sojourn into culinary distractions and middle age, I have reluctantly agreed to Y viva Espana,” Coogan said in a previous statement. “I have a hole in my diary, there will be free food and accommodation and Rob Brydon is surprisingly good company. I also like Michael.”

“Traveling with Rob and Steve is always enjoyable,” Winterbottom stated. “So it seemed like a good idea to go on another journey together – before they get too old.”

The first installment, released in 2010 became a huge success and three years ago, “The Trip to Italy” was pre-sold in Cannes to IFC for US distribution. Watch the trailer for that film below: