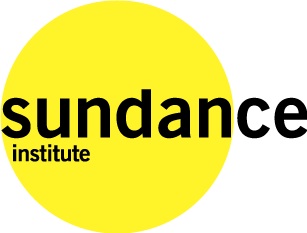 Though the Sundance Institute is best known for the Sundance Film Festival, the Directors Lab is their longest-running program. It has launched the careers of such filmmakers as Quentin Tarantino (“Pulp Fiction”), Cary Fukunaga (“True Detective”), Marielle Heller (“The Diary of a Teenage Girl”), Dee Rees (“Pariah”), Benh Zeitlin (“Beasts of the Southern Wild”). The Directors Lab takes place between May 30-June 23rd. Check out a list of projects below courtesy of the Sundance Institute.

Frances Bodomo / “Afronauts” (Zambia/U.S.A.): Just after Zambian Independence in 1964, an ingenious group of villagers build a homemade rocket in a wild bid to join the Space Race. 17-year-old astronaut Matha Mwambwa must decide if blasting off in the precarious rocket vindicates her past or just makes her a glorified human sacrifice. Inspired by true events.

Annie Silverstein / “Bull” (U.S.A.): In a near-abandoned subdivision west of Houston, a wayward teen runs headlong into her equally willful and unforgiving neighbor — an aging bullfighter who’s seen his best days in the arena. It’s a collision that will change them both.
César Cervantes / “Hot Clip” (U.S.A.): In the aftermath of their best friend’s fatal confrontation with a cop, three Southeast Los Angeles skaters spend 24 hours chasing dreams, making trouble and trying to survive in a community on the verge of exploding.
Kibwe Tavares / “The Kitchen” (United Kingdom): Raised in London’s first favela housed in an abandoned Council high-rise, known as the Kitchen, Es commits smash-and-grab thefts as a way of redistributing the wealth to the community who took him in. When the inhabitants are threatened with eviction by the police, Es is tasked with a high-stakes heist that pits him against the Kitchen’s leader and irrevocably alters his definition of family.
Eva Vives / “Nina” (U.S.A.): Just as Nina Geld’s brilliant and angry stand up kicks her career into high gear, her romantic life gets complicated, forcing her to reckon with what it means to be creative, authentic and a woman in today’s culture.
Sandhya Suri / “Santosh” (India/United Kingdom):  In the corrupt hinterlands of Northern India, a young widow, Santosh, inherits her husband’s job as police constable. When a girl’s body is found in a well, she is forced to confront the brutality around her and the violence within.
Pippa Bianco / “Share” (U.S.A.): In this cyber thriller, a disturbing video — leaked from a local high school — throws a Long Island community into chaos and the national spotlight as they try to unravel the story behind it.
Boots Riley / “Sorry to Bother You” (U.S.A.): A black telemarketer with self-esteem issues discovers a magical key to business success, propelling him to the upper echelons of the hierarchy just as his activist comrades are rising up against unjust labor practices. When he uncovers the macabre secret of his corporate overlords, he must decide whether to stand up or sell out.