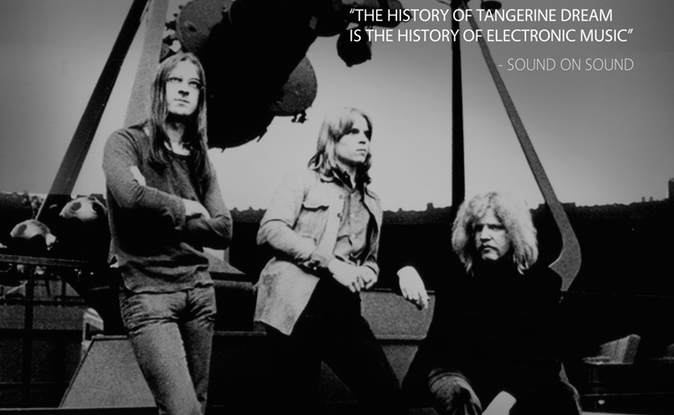 Elevator Pitch:
We are going to produce a full-length documentary about the band Tangerine Dream.
Who is Tangerine Dream?
It’s a German band internationally famous for being the pioneers of electronic music.
What’s special about them?
They belonged to the first using synthesizers, they integrated sounds from outer space and heartbeats in their sound, and they scored countless classic movies.
Who’s the producer?
The film will be produced by the award-winning company TAG/TRAUM and TD’s international fandom via crowdfunding. We have the ambition, expertise, backers, and the right target audience but we still need help spreading the news about our crowdfunding project.

About the Film:
We want to explore the world of Tangerine Dream for the first time in a feature-length documentary. In 2014, we started the documentary, but in 2015, Edgar Froese, founder and constant member of the band passed away unexpectedly. That was a sad stroke of fate. Soon the need became clear to turn from a short to a full-length documentary in order to cover Tangerine Dream’s and Froese’s lifework. We already interviewed artists like Michael Mann and Paul Brickmann, but more interviews with other TD collaborators and more archive footage are needed.