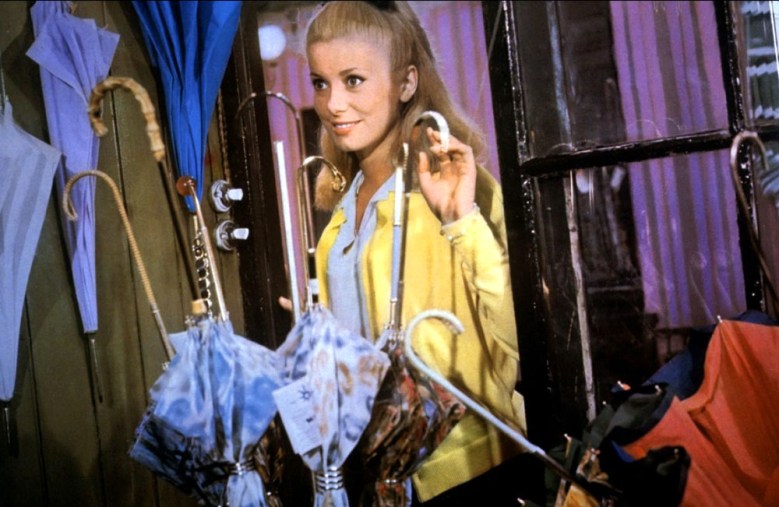 Though the festival’s top honor has gone through a few name changes (technically, a couple of the filmmakers mentioned below never had a Palme d’Or trophy for their mantle), the annual prize is its own form of cinematic time capsule. As with other yearly film awards, those winners aren’t always bona fide masterpieces. But there are a significant number of them that have helped shape both the overall artistic direction of the festival and the film industries from which they hail.

Below, we’ve gathered 20 such films, each iconic in their own way and all part of Cannes’ rich tradition.


Year: 1946
It’s only fitting that “Carol,” one of last year’s runaway Cannes successes, had a beautiful (and unabashed) tribute to a film that was among the first group to be recognized at the fest in 1946, back when the highest honor was dubbed the “Grand Prix du Festival International du Film.” One of cinema’s great love stories, “Brief Encounter” persists as a classic romance seven decades later precisely for what its characters are never allowed to have. Based on a Noël Coward one-act, the film features a series of chaste meetings between intellectual lovers who find their relationship deepening in spite of their marriages to other people. Robert Krasker’s lush cinematography accentuates the shadows during their secret rendezvous and highlights Laura and Alec bathed in sunshine as they dare to enjoy one romantic day in public. As the bittersweet tragedy draws to its conclusion, it stands as a remnant of a time gone by, before technology could allow these kinds of chance meetings to be replicated. – Steve Greene

The Wages of Fear


Year: 1953
After a oil well catches fire, four poor truck drivers accept $2,000 to deliver highly explosive nitroglycerine over 300 miles of mountain dirt roads so it can be used to put out the flames. That’s not just the premise, that’s the movie.  Every bump in the road, every unexpected obstacle pushes the viewer to the edge of their seat, waiting for one of the trucks to explode at any moment. “Wages” is a cinematic exercise in sustained suspense, with director Henri-Georges Clouzot proving he could extend it longer than anyone thought possible.  The grueling and bleak film propelled the career of Clouzot, who went on to direct “Les Diaboliques.” – Chris O’Falt

Year: 1960
Rome has never been so intoxicating, magical and lonely as it is Fellini’s ironically titled “The Sweet Life.” Fellini’s first collaboration with his leading man and alter ego Marcello Mastroianni was their biggest hit and the project that made them both international stars. Mastroianni plays a celebrity journalist who spends seven evenings weaving in and out of the Rome’s high society. Fellini captures the seductiveness of glamour, while simultaneously commenting on its utter emptiness in a film that is oddly prescient of the celebrity-gossip-driven world we currently occupy.  – CO


Year: 1963
Martin Scorsese, who restored this 1963 classic to its former glory and brought it back to Cannes in 2010, has often referred to “The Leopard” as one of the five best films ever made. It’s hard to disagree. One of director Luchino Visconti’s handful of masterpieces, the film features subtle, visual storytelling in a world of decaying opulence that has often been copied, but never matched. The film stars Burt Lancaster (who is dubbed into Italian, depending on which version you watch) as an aging Sicilian prince holding on to the traditions of the aristocracy as a new generation, led by his nephew (Alain Delon), promises to change everything. Visconti’s use of camera movement and real locations captures a sense of time passing and nostalgia that is breathtakingly beautiful. If you ever have a chance to see a 35mm print, the glorious ballroom scene alone is worth the price of admission. – CO

The Umbrellas of Cherbourg


Year: 1964
There’s nothing quite like being dazzled by Jacques Demy’s 1964 musical for the very first time. Entirely sung through (no spoken dialogue here) and featuring an international breakthrough performance from Catherine Deneuve, the film is built around a remarkable juxtaposition that left Cannes speechless. On its surface, “Cherbourg” is an eye-poppingly colorful musical that echoes golden age Hollywood technicolor dreams (Jacqueline Moreau’s costumes are extraordinary), but its story leans more towards the powerful emotions of European drama than the razzle-dazzle of its visuals might suggest. The film centers around two people who fall madly in love with each other, only for the world to force them apart through events both life-changing and mundane. This tension between bright aesthetics and painful subject matter make for a one-of-a-kind experience. Musicals don’t get much better than this. – Zack Sharf

This Article is related to: Festivals and tagged Cannes Film Festival, Palme d'Or