'The Adventures of Drunky': Help Jeffrey Tambor, Sam Rockwell and More Get R-Rated Animated Comedy Made 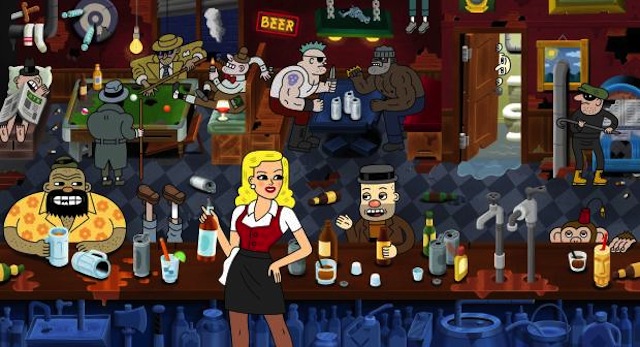 With titles such as “South Park: Bigger, Longer & Uncut” and “Team America: World Police,” the R-rated animated comedy genre is a select group of highly outrageous and, for the most part, critically acclaimed movies. Seth Rogen’s “Sausage Party” seems poised to join the group later this summer when it’s released on August 12, and hoping to also become a member is the star-studded indie comedy “The Adventures of Drunky.” But before it can reach its destiny, “Drunky” needs our help.

Featuring a voice cast that includes Sam Rockwell, Jeffrey Tambor, Steve Coogan, Tyler the Creator, Abby Elliot, Jay Pharaoh, Dave Attell and more, “The Adventures of Drunky” is about a hapless barfly who has to travel through Heaven and Hell to save the girl he loves and the world after God and the Devil make a cosmic bet that destroys his life. With an ensemble of so many comedy pros, you’d think “Drunky” would have no problem flying into theaters, and yet the R-rated animated comedy genre is such a risky endeavor that it’s going to take audiences hungry for originality and variety to get it made.

Augenblick Studios, the Brooklyn-based animation studio, is currently running an Indiegogo campaign to raise $100,000 to help contribute to the movie’s $2 million budget and finish the necessary animation. The project has already raised over $30,000 in 13 days, and with just under two weeks left to go, the campaign is offering Indiewire readers an exclusive opportunity to help donate to the righteous cause and earn a special prize pack.

For the next 48 hours only, Indiewire readers can CLICK HERE for a “Secret Perk” option in which one donation fee ($40) will get you a handful of the campaign’s giveaway prizes, including a digital copy of the movie, an Augenblick Studios adult coloring book, a limited edition “Drunky” t-shirt and more. Each of these prize’s are being given away for individual price points on the film’s regular Indiegogo campaign, but this exclusive Indiewire bundle allows you to get more bang for your buck by helping this bonkers comedy get made.

Augenblick Studios believes that “Drunky” could start a whole new wave of R-rated animated indies, and it’s really up to viewers to show them and the world that they deserve this kind of originality in the marketplace. Click the link above and help out, “Drunky” will surely appreciate it.