The Bentonville Film Festival is Brought to You By Women, Diversity and Corporate Synergy 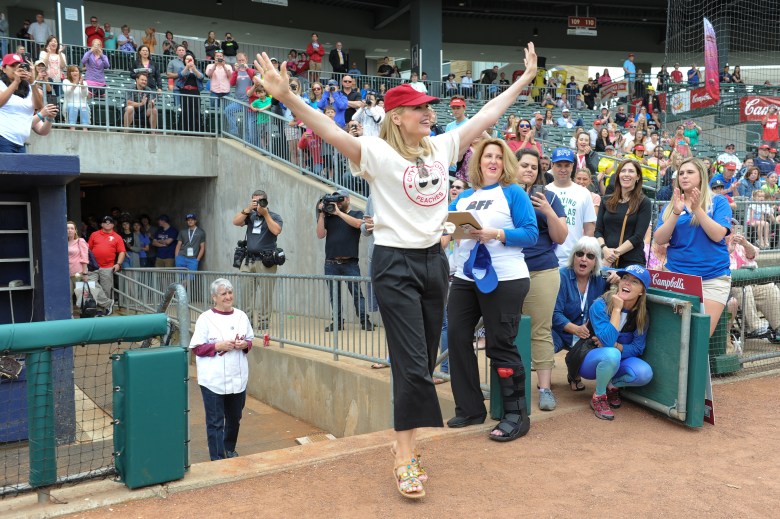 Geena Davis looked victorious at the “A League of her Own” reunion softball game that closed the second annual Bentonville Film Festival.

In the year since she launched the festival with co-founder Trevor Drinkwater, BFF’s mandate — to “champion women and diverse voices in media” — has only become more relevant as the media questions the roles of women in entertainment and the federal government launches an investigation into discrimination against female directors in Hollywood.

READ MORE: Cannes 2016: Here’s 11 Movies By Female Filmmakers That Should Have Been at the Festival (Girl Talk)

“It’s fascinating that it’s all snowballed this way,” said Davis, an actress who has found a different kind of stardom as founder of the Geena Davis Institute on Gender and Media. “I remember when I was first in my 40s and I was, ‘Ooh, where did all the parts go?’, the last thing I would have done is talk about it. I’d say, ‘Oh, I’m just really picky,’ and meanwhile I’m growing a beard. It’s suddenly OK to talk about it, which is great.”

However, make no mistake: It’s hard to imagine a more corporate film festival. Where Sundance began as a way to bring more filmmaking to Utah, and Cannes was initiated by the French Minister of National Education, BFF began after longtime Walmart exec and senior movie buyer, Louis Greth, was railed by his boss for failing to contribute to the company’s diversity initiatives.

“They gave him a ton of grief,” said BFF co-founder Trevor Drinkwater, who, as the head of faith and family label ARC Entertainment, was also one of Greth’s biggest suppliers.

Greth asked Drinkwater if he thought a diversity-themed film festival could work in Bentonville, AK, pop. 40,167 and home to Walmart headquarters. Drinkwater did, especially after he asked his longtime friend, Davis, if she’d be interested in aligning her institute with the effort. And so BFF was born.

In addition to Walmart, the 2016 festival’s 60 sponsors included consumer-goods conglomerates such as Kimberly-Clark, Proctor & Gamble, and Colgate. BFF also had significant studio support, with sponsorship from every major; new this year were Marvel, Disney, Sony, and Lifetime, along with indies Broad Green and Anchor Bay.

Of particular note are Starz, AMC Independent, and Lifetime; along with Walmart retail and their VOD platform, Vudu, BFF offers select winners guaranteed distribution for their films.

This year, those prizes went to Sasha Gordon’s romantic comedy “It Had to Be You” (best narrative); Joseph Itaya’s “Lost & Found” (best family film), in which two brothers on an island seek their grandfather’s long-lost treasure; and Michael Fiore and Erik Sharkey’s “Floyd Norman: An Animated Life” (audience award), a documentary about the octogenarian African-American Disney animator. 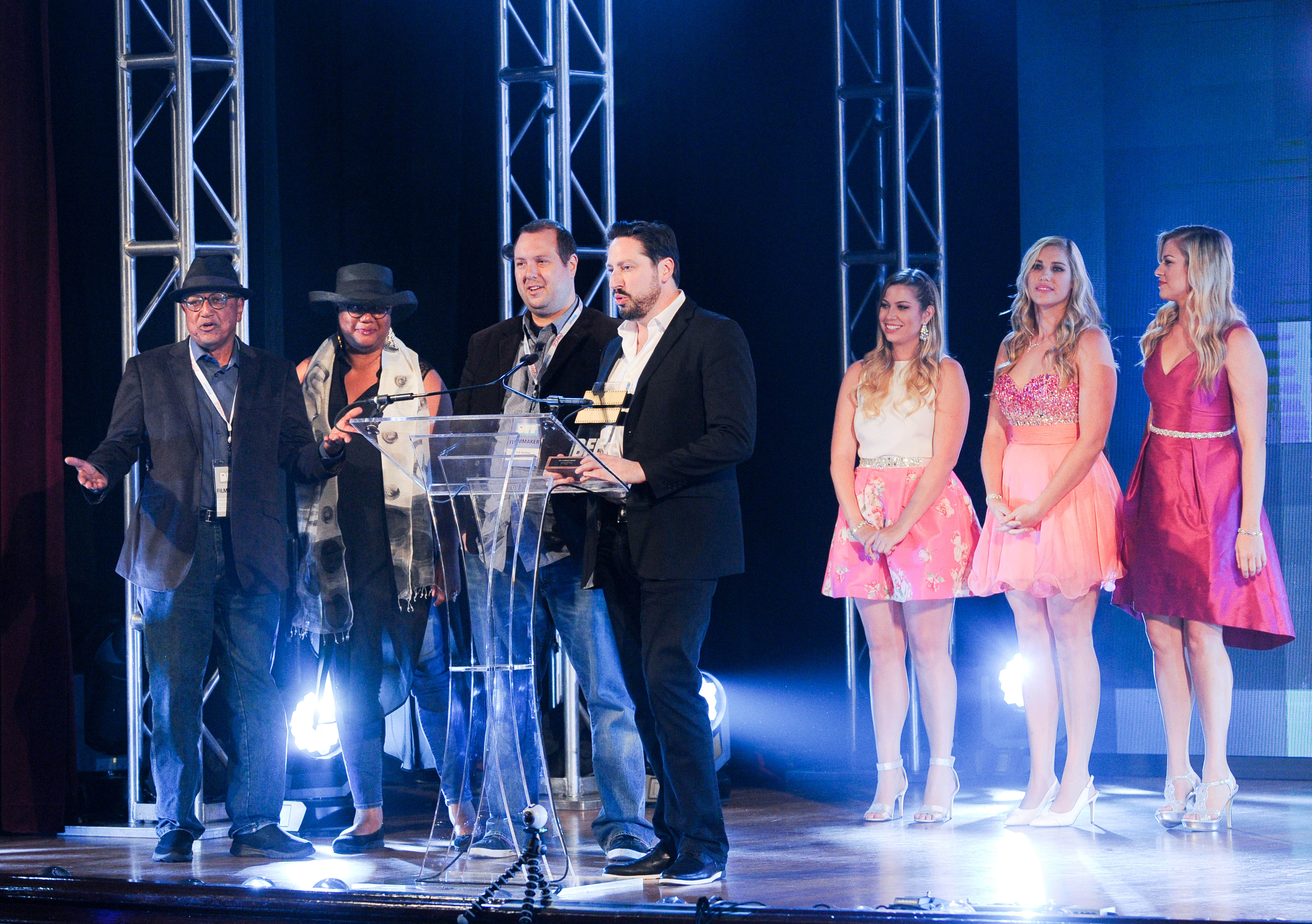 “Our objective is to have these films be seen by a mass audience,” said Drinkwater. “Our filter is, is the film diverse, is it made by a diverse group, does it celebrate diversity and, can it sell if it’s on a Walmart shelf? Will people watch it on Lifetime or Starz, which are our partners?”

On that basis, it’s unsurprising that the 2015 festival lineup that didn’t include a single LGBT title. This year, however, the documentary competition included “An Act of Love,” the story of Rev. Frank Schaefer, the Methodist minister who was defrocked for presiding at his son’s same-sex wedding, and “Best and Most Beautiful Things,” which follows a 20-year-old woman in rural Maine who’s autistic, legally blind, and finds a sense of identity through the kink community.

BFF has also worked out some of the flaws that marked its inauguration, with filmmakers complaining about makeshift screening rooms (Bentonville doesn’t have a movie theater) and initiatives that promoted makeovers rather than networking.

Drinkwater cheerfully acknowledges that in some areas, the launch fell short. “The first year, we announced January 5 and had the festival May 5. [We rushed] because I’ve been in corporate America for 20 years and I know that when somebody says yes, you have to move fast.”

This year, BFF improved its screening facilities, with three Cinetransfomers — essentially, double-wide trailers that become 90-seat DVD-projection screening rooms — and with an improved ticketing system, screenings sold out. (Said Drinkwater: “Nobody knows what a ‘rush line’ is here.”)

Connections are being made, voices are being heard, movies are being seen, and distributed, all in the name of diversity. It’s an impressive set of achievements for any regional festival, especially one in its second year. 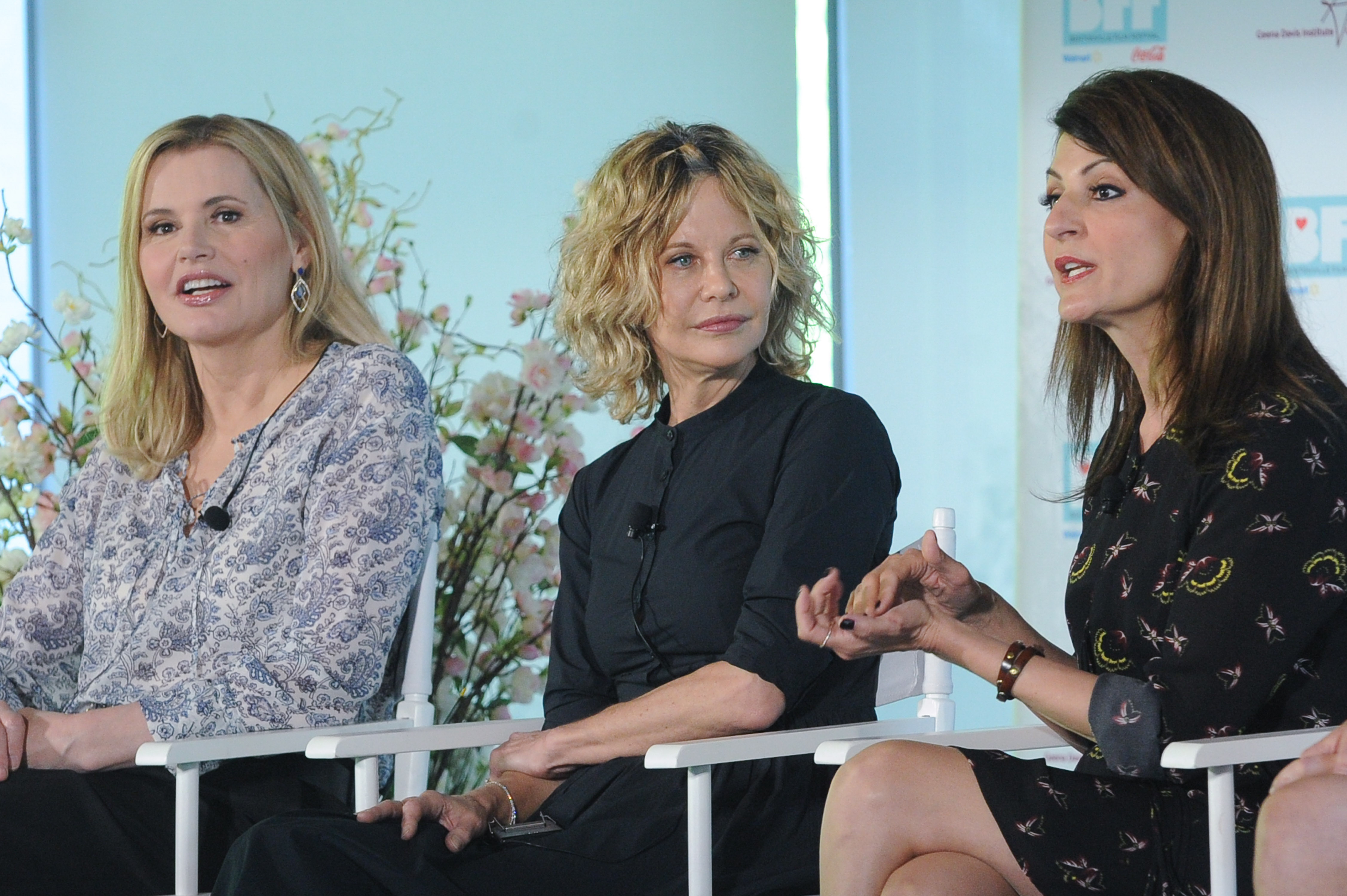 At the same time, it’s hard — no, impossible — to forget the corporate initiatives that underline the enterprise. While the Geena Davis Institute is a nonprofit, the festival is a for-profit entity. Films are preceded by Clorox ads touting the company’s diversity efforts, and Walmart execs introduce the screenings.

At the BFF Village, which Drinkwater describes as a way for sponsors to amplify the BFF mission, it’s as if Walmart was reimagined as a go-girl county fair where visitors receive many shampoo sample packets, eat Velveeta nachos, and use felt-tip markers to scrawl messages of empowerment at the Always panty liners booth. (Also, there are pork products. Lots of sausage, hot dog, and bacon samples under the Arkansas sun.)

From Drinkwater’s perspective, that corporate influence isn’t a hindrance to the BFF diversity message; he views it as a solution.

“What can be done is show that [diversity is] good business,” said Drinkwater. “Barbie makes a change with her doll and sales go up. Or you have ‘Star Wars.’ Decision makers, business leaders, see their bottom line, top line improve — they will get on board. Day after day, it proves that diversity sells.”

Of course, any successful festival must find a way to blend programming and outreach with marketing and sponsorship. “If you’re raising money from a foundation, a corporation, a nonprofit — there’s always a push-pull,” said the head of a large film nonprofit who requested anonymity. “You try to seek alignment, but they will all have their own objectives.”

Currently, BFF’s money is more impressive than its movies. For the two to come in balance, the festival likely will need to step up its staffing and outreach. The festival has no dedicated head programmer; that role is filled by BFF president Wendy Guerrero, who is also the production partner of BFF board member Bruce Dern.

BFF has the means to evolve into a serious and respected platform for diversity — or to devolve into an easy outlet for corporations to work more closely with the world’s biggest retailer and satisfy their own diversity requirements. But for now, participants like actress Teyonah Parris are optimistic.

“I’ve never been to Arkansas,” said Parris, whose film “Five Nights in Maine” screened at the festival. “I had no idea what to expect.”

What she found, she said, was “a meeting and celebration of these powerful and badass women who are leaders in their fields. At no point am I around this many badass women in the entertainment field. I know we exist, and you see it all the time — we aren’t unicorns — but to see it in one place at one time, that’s what it was for me.”

This Article is related to: Festivals and tagged Bentonville Film Festival, Geena Davis