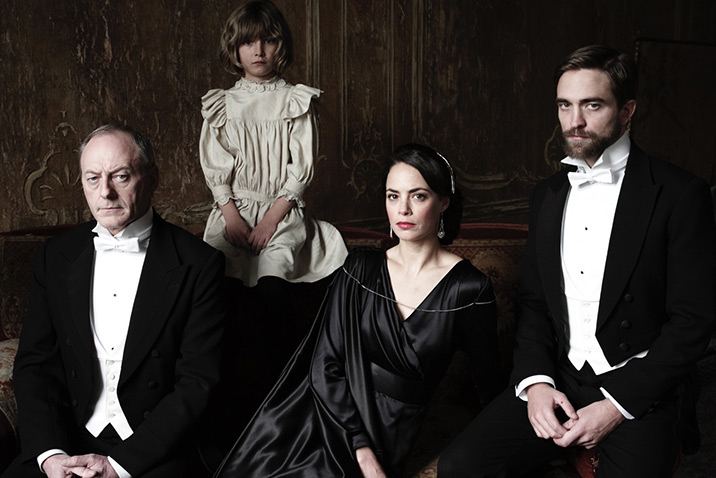 For a while there, Brady Corbet seemed to be in every other arthouse movie: “Clouds of Sils Maria,” “Eden,” “Force Majeure,” “Saint Laurent” and “While We’re Young” all featured the actor in small roles. He’ll next step behind the camera for “The Childhood of a Leader,” his directorial debut. Avail yourself of its first trailer now.

Corbet’s post–World War I drama stars Robert Pattinson, Bérénice Bejo (“The Artist”), Stacy Martin (“Nymphomaniac”), Liam Cunningham “Game of Thrones”), Yolande Moreau (“Séraphine”) and newcomer Tom Sweet in the title role. The trailer finds the child unnerving everyone around him, his parents most of all. Corbet and co-writer Mona Fastvold loosely adapted “The Childhood of a Leader” from Jean-Paul Sartre’s story of the same name.

If you’re familiar with Corbet’s onscreen work — especially his lead performance in Antonio Campos’ excellent “Simon Killer” — the dark tone of this project should come as no surprise. “The Childhood of a Leader” debuted at the Venice Film Festival last fall, winning the awards for Best Debut Feature and Best Director. Sundance Selects will release it theatrically.

This Article is related to: News and tagged Brady Corbet, Robert Pattinson, Stacy Martin, The Childhood Of A Leader