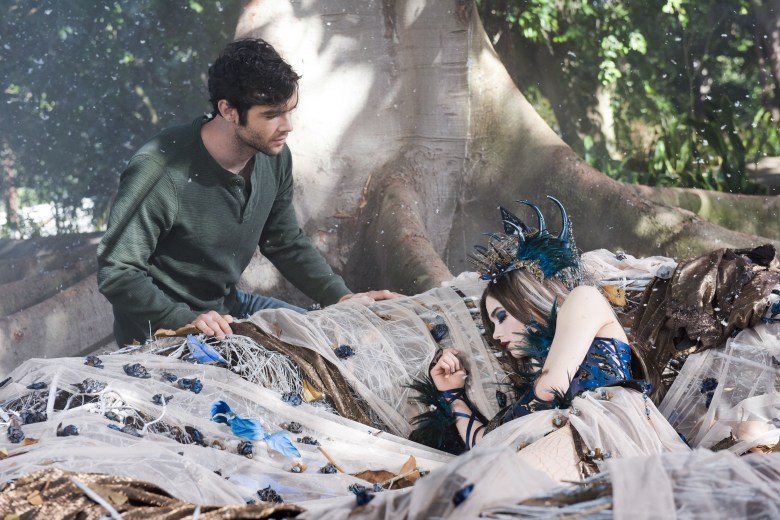 In a new twist on the classic Grimm fairy tale, “The Curse of Sleeping Beauty” follows Thomas Kaiser (Ethan Peck), a man who has a recurring dream involving a trapped princess that can only be saved by his kiss. He inherits an ancestral mansion that has been in his family for generations and soon discovers he has also inherited an ancient curse. Now, Thomas must assume the role of protector, or the guardian tasked with keeping evil forces in the mansion at bay, and unravel the mystery of the house all the while trying to awaken the beautiful Briar Rose (India Eisley), the princess from his dreams who has manifested in real life. Watch the exclusive clip above where Thomas realizes what he needs to do to break the curse.

“The Curse of Sleeping Beauty” is directed by Pearry Teo. He executive produced Lana and Lilly Wachowski’s “Cloud Atlas,” and previously directed the horror film “The Evil Inside” and the fantasy action thriller “Dracula: The Dark Place.” Ethan Peck previously starred as Patrick Verona, a role originated by Heath Ledger, in the ABC Family TV adaptation “10 Things I Hate About You,” based on the 1999 film of the same name. He also appeared in Andrew Niccol’s sci-fi thriller “In Time,” Maria Matteoli’s romantic drama “The Wine of Summer,” and Anthony Leonardi III’s supernatural horror film “Nothing Left To Fear.” Meanwhile, India Eisley is best known for her starring role as Ashley Juergens in the ABC family teen drama “The Secret Life of the American Teenager.”

“The Curse of Sleeping Beauty” also stars Natalie Hall (“Pretty Little Liars”) and Bruce Davison (“Short Cuts”). It’s being distributed by XLrator Media and was released in theaters on May 13th and is currently available on iTunes and VOD.