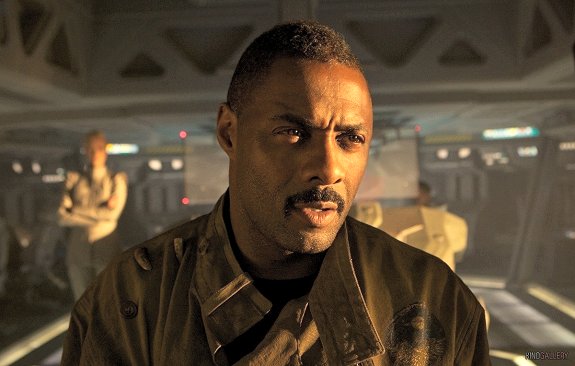 Filming is underway in Cape Town, South Africa for the silver screen adaptation of Stephen King’s novel “The Dark Tower.” The first images of Idris Elba on set as the rugged gunslinger Roland Deschain have been revealed and he definitely looks the part.

In the images shared by Daily Mail UK, the “Luther” actor is seen in costume wearing dark faded jeans, a white shirt, a waistcoat with a reddish/brown scarf around his neck and tan boots. He also sports an ammo belt slung around his waist with a gun in a holster.

In the fantasy drama, Elba plays the lead role opposite Matthew McConaughey who plays Walter Padick, also known as the Man in Black. Roland will roam an Old West-like landscape in search of the dark tower with hopes that reaching it will persevere his dying world.

Directed by Nikolaj Arcel, the film is set for a 2017 release and is based King’s eight-book series “The Dark Tower.”

Click here for to see Elba in his full getup.