'The Force Awakens' 'Everything is a Remix' Video: Trace All Of The Lifted Influences From J.J. Abrams' Film 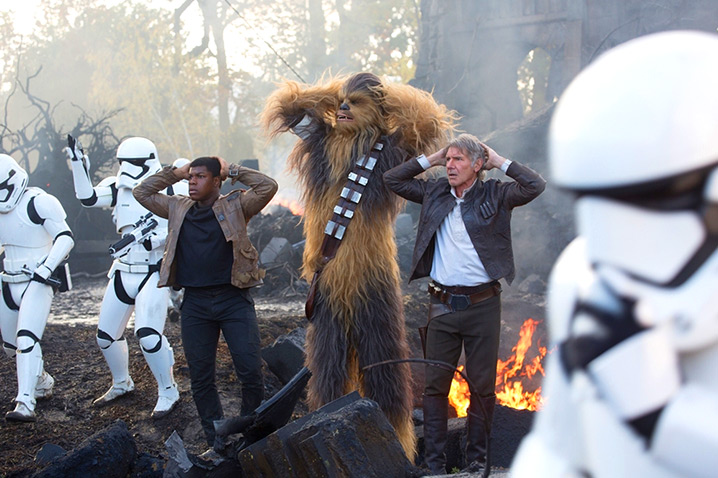 The latest video in the “Everything Is A Remix” series takes a look at the epic film “Star Wars: The Force Awakens” and how it parallels previous films in the “Star Wars” franchise.

The term remixing is a method of copying, transforming and combining existing materials to produce something new. The video starts off applauding the success of the seventh film but also noting that it reminded people of something that they had already seen. It also points out that director J.J. Abrams is a wiz at rebooting old franchises or storylines and giving them a modern twist.

“J.J. Abrams is well acquainted with the concept of remixing, but he’s a different type of remixer than George Lucas,” the voiceover says. “Lucas tended to copy scenes and shots, while Abrams tends to copy major story elements. This is something that he’s done from the very beginning of his career.”

“Most of the remixing in ‘The Force Awakens’ is of story elements,” the video notes. “And the primary source is ‘Episode IV: A New Hope.'” The clip then breaks down key elements that both movies have, which is quite interesting.

READ MORE: ‘Rogue One: A Star Wars Story’: [MASSIVE SPOILER] Appears to be Returning for the Sequel

Those are just a handful of similarities, you can check out the rest in the video above. Overall it examines how it’s heavy on copying and low on transforming, but that was an intentional decision made by the creators. It also points out how the film industry is stuck in a nostalgic point: “That’s why more and more of Hollywood’s top hits are new versions of old stories,” the video states.