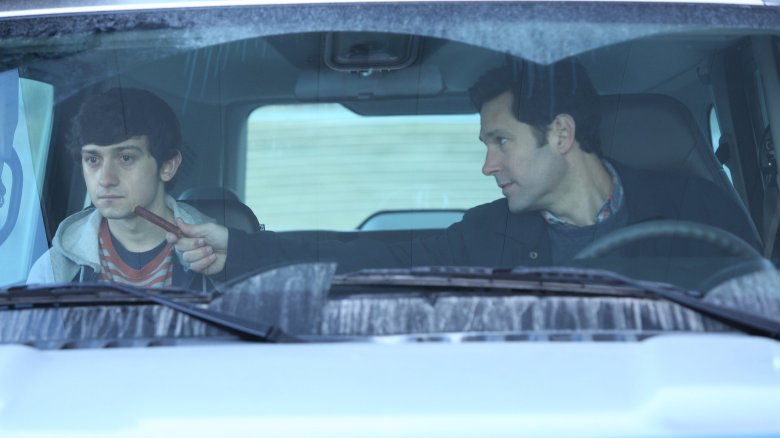 Rob Burnett’s “The Fundamentals of Caring” follows Ben (Paul Rudd), a retired writer who becomes a personal caregiver after suffering a tragedy. His first client is Ben (Craig Roberts), a profane 18-year-old with muscular dystrophy who leads a very regimented life. Together, they take an impromptu road trip to visit the “lamest roadside attractions” that the United States has to offer. Along the way, they pick up a runaway (Selena Gomez) and a soon-to-be mother (Megan Ferguson) who help the pair embrace life-changing experiences outside their wheelhouse and learn about the true meaning of friendship and hope in the face of terrible odds. Watch the trailer for the film above.

Director Rob Burnett is best known as the executive producer of “The Late Show with David Letterman” and the CEO and President of Letterman’s production company Worldwide Pants. “The Fundamentals of Caring” is Burnett’s second film. Paul Rudd has appeared in numerous films and TV shows, including “Clueless,” “Wet Hot American Summer,” “Anchorman: The Legend of Ron Burgundy,” “I Love You, Man,” and the superhero film “Ant-Man.” Craig Roberts’ first major role was as Oliver Tate in Richard Ayoade’s “Submarine”; he later went on to appear in “Neighbors” and “22 Jump Street,” and he currently stars in the Amazon series “Red Oaks.” Selena Gomez is best known for her role on the Disney Channels series “Wizards of Waverly Place,” and later appeared in Harmony Korine’s “Spring Breakers” and most recently, “Neighbors 2: Sorority Rising.”

“The Fundamentals of Caring” premiered at this year’s Sundance Film Festival. It will be released on Netflix on June 24th.

This Article is related to: News and tagged Craig Roberts, Paul Rudd, Selena Gomez, The Fundamentals of Caring