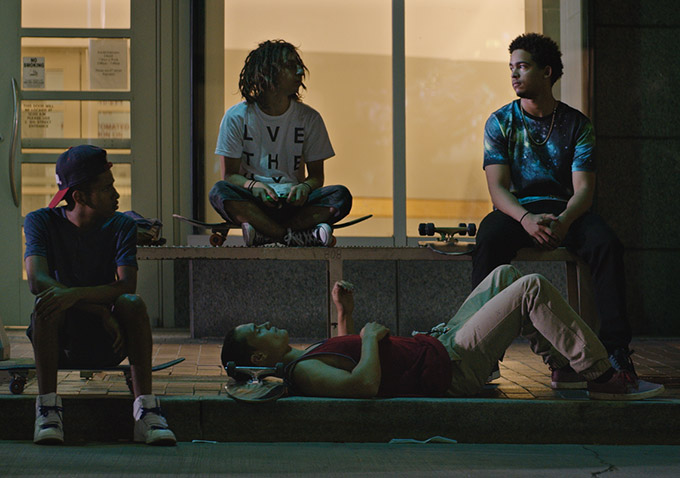 Described as more than a crime drama, “The Land,” written and directed by Steven Caple Jr., shows a beautiful story about friendship, values and what it means for disadvantaged youth to come of age in Cleveland.

Premiered at Sundance’s Next section, Caple Jr.’s feature debut follows four teenage friends who dream of getting discovered by a sponsor at a major skateboarding competition. To finance their entry to compete, they decide to steal some ecstasy they find in a drug dealers’ truck and sell it. What they didn’t expect was to get face to face with the notorious drug queenpin Momma (Linda Emond), who runs the meanest gang in town, and risk their lives.

“I wanted to showcase the reality of urban youth today: For the audience to witness that those we consider thugs or criminals are often really just kids, and could be a brother, a cousin, or the kid down the street from you,” the director told Variety.

The film also has a stellar soundtrack with music by MGK, Badu, Kanye West, French Montana, Pusha T, Jeremih, and Nas, among others.

IFC acquired the rights to the drama and will release it in theaters and VOD on July 29.

This Article is related to: News and tagged Nas, The Land