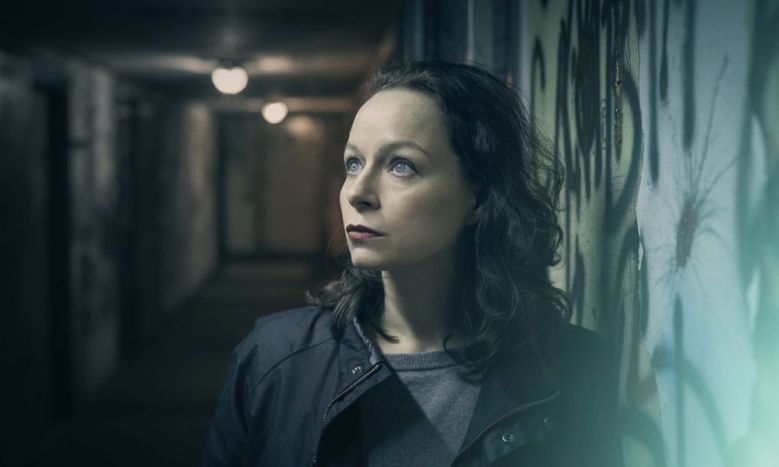 SundanceTV’s latest limited-series crime drama “The Last Panthers” delves deep into Europe’s criminal underworld, from Balkan diamond thieves to the “Banksters” who try to keep their illegitimate dealings above board. Inspired by true events surrounding notorious Balkan jewel thieves the Pink Panthers, the series follows Naomi Franckom (Samantha Morton), a claims adjuster sent by her boss Tom Kendle (John Hurt) to retrieve diamonds stolen in a heist orchestrated by jewel thief Milan (Goran Bogdan). Though Naomi and Tom are out for the money, French detective Khalil (Tahar Rahim) want to catch the thieves, especially when he realizes the weapons used in the heist came from the housing complex in which he grew up. Though the series has its roots in standard cops-and-robbers territory, its interest lie in the changing nature of Europe’s criminal activity, and how modern criminals often act in plain sight. Watch an exclusive clip from tomorrow night’s flashback episode in which Tom and Naomi meet for the first time to discuss diamond thieves.

Based on the work of French journalist Jérôme Pierrat, “The Last Panthers” was co-created and written by Jack Thorne (“The Fades,” “This Is England”) and directed by Johan Renck (“Breaking Bad”). The six-episode series originally premiered on France’s Canal+ in October of last year, before airing on UK’s Sky Atlantic channel in November. It now currently airs on SundanceTV in the United States. Samantha Morton received two separate Oscar nominations for her work in Woody Allen’s “Sweet and Lowdown” and Jim Sheridan’s “In America,” and won a Golden Globe for her performance in Tom Hooper’s 2006 TV drama “Longford.” She also appeared in Steven Spielberg’s “Minority Report,” Charlie Kaufman’s “Synecdoche, New York,” and David Cronenberg’s “Cosmopolis.” John Hurt has had a storied, five-decade career in film and television, receiving an Oscar nomination for his work in David Lynch’s “The Elephant Man,” and won a Golden Globe for his performance in Alan Parker’s “Midnight Express.”