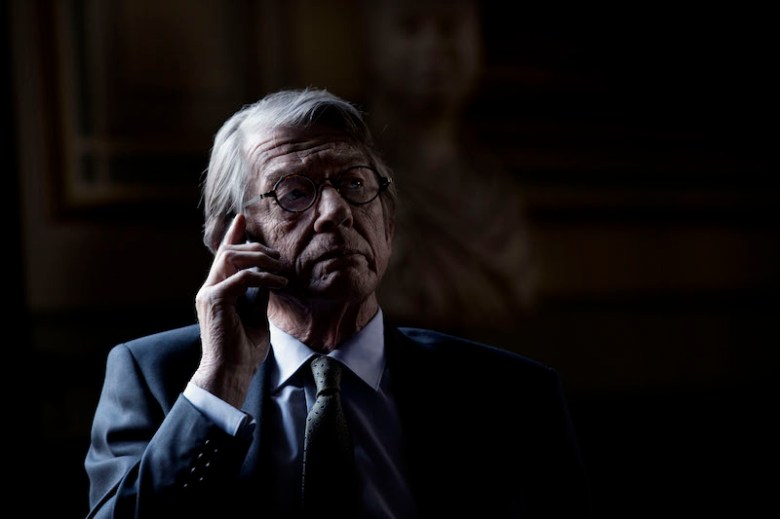 SundanceTV’s latest drama “The Last Panthers” travels deep into the depths of the European criminal underworld, from London to Marseille to Belgrade to Bosnia. Based on the work of French journalist Jérôme Pierrat, who has investigated organized crime in France for years, the series begins with a diamond heist orchestrated by Milan (Goran Bogdan) but eventually sparks a number of intertwined conflicts involving claims adjuster Naomi Franckom (Samantha Morton) and her boss Tom Kendle (John Hurt) as well as French detective Khalil (Tahar Rahim). But soon the crimes go beyond merely diamonds and enter greater, more precarious territory involving modern criminals who act in plain sight. The series’ finale airs tonight on SundanceTV. Watch an exclusive clip above featuring John Hurt questioning who are the true barbarians.

“The Last Panthers” was co-created and written by Jack Thorne (“The Fades,” “This Is England”) and directed by Johan Renck (“Breaking Bad”). The six-episode series originally premiered on France’s Canal+ in October of last year, before airing on UK’s Sky Atlantic channel in November. Samantha Morton recevied Oscar nominations for her work in Woody Allen’s “Sweet and Lowdown” and Jim Sheridan’s “In America.” She received a Golden Globe award for her performance in Tom Hooper’s Longford.” Her other roles include Steven Spielberg’s “Minority Report,” Charlie Kaufman’s “Synecdoche, New York,” and Andrew Stanton’s “John Carter.” She will appear in the upcoming Harry Potter spinoff “Fantastic Beasts and Where to Find Them.”