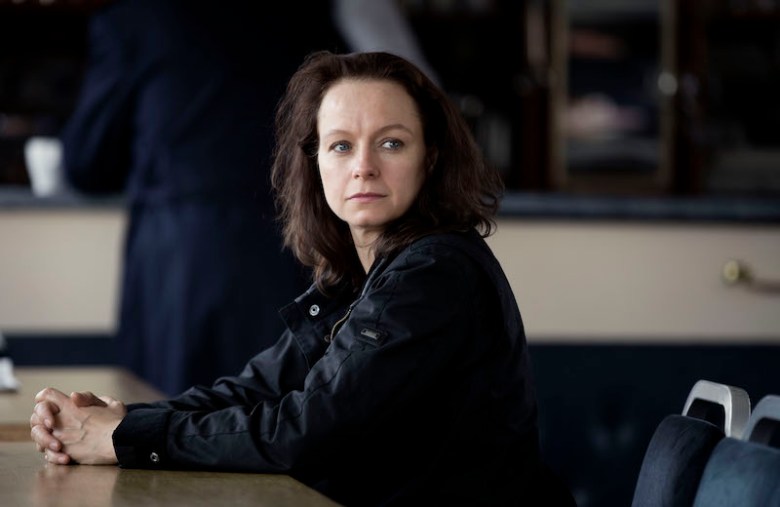 I don’t know how you watch TV, but sometimes I don’t watch TV. As a TV critic, I’m literally always watching TV, but sometimes I have to listen to TV instead. Whether I’m cooking dinner, taking a shower, or even driving to work, there are times when I simply can’t watch the screen (for obvious safety reasons in the last example), but I need to use that time to stay on top of TV as a whole. So I glean what I can from listening, occasionally backtracking to spot a crucial visual gag or pertinent physical clue, but often just audibly appreciating as much as possible in order to stay informed.

And frankly, it sucks.

While few of you may be as insanely addicted to this medium to the degree I’m professionally obligated to cover it, you can still probably identify with the scenario. After all, so many of us watch TV out of the corner of our eye, often distracted by chores, day-to-day life or that ringing, buzzing or flashing smaller screen always by our side. In the era of Peak TV, sometimes you sacrifice immersion for expediency, even if it means missing a joke on “Fresh Off the Boat” to text your friend about dinner plans this weekend.

But by “watching” TV this way, we’re training our minds to always watch TV this way. Fewer and fewer shows hold our full attention, as I, at least, catch myself checking Twitter or deleting e-mails even during shows I legitimately want to watch. Now, I don’t allow myself to do this with shows under review. When screeners come in, the outside world has to be turned off in order to accurately assess each program. That being said, when you’ve got to binge six hours of a limited series or, from time to time, 13 hours of a full series (“Bloodline” Season 2, you are my white whale), the outside world has a way of creeping in. Pertinent e-mails pop up that need a response. Phone calls come in that can’t be ignored. Breaking news hits that needs a quick opinion. And once one distraction creeps in, the floodgates open and time starts to work against you. 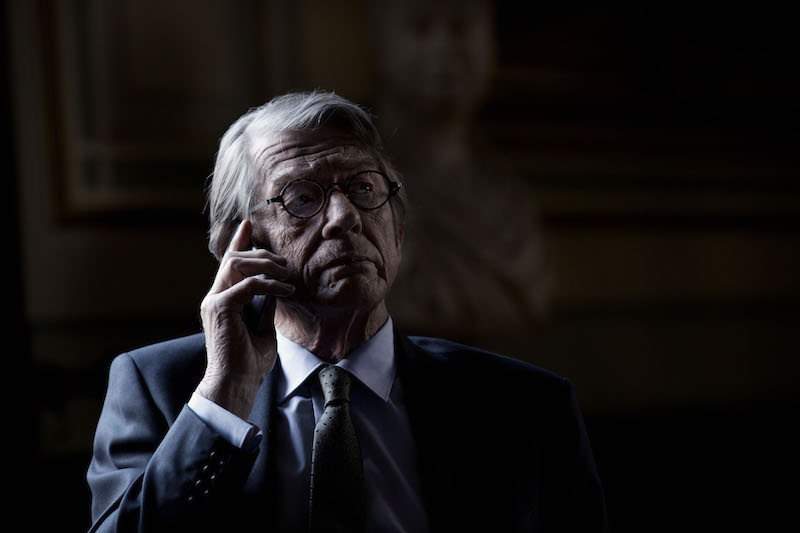 For the longest time, I’ve feared there isn’t a solution — more to the universal problem than my own. How do we turn off our lives to fully appreciate our TV time? “If only we had a movie theater for watching TV,” I thought. And then, we did. Thanks to SundanceTV, an obvious proponent of long-form cinematic endeavors, a screener came across my desk that helped me break the cycle of distraction once and for all (I hope); partly, because it was a great show, but also because it used subtitles.

Yes, subtitles. The dreaded device that scares off cineplex patrons and studios alike may be exactly what TV fans need to save themselves from…themselves. When “The Last Panthers” began, it had me hooked right from the start. A jewelry heist encounters unexpected complications in a largely silent introduction as a group of men flee with a specific batch of diamonds. The expansive and effective action sequence sets the stage for a complex, consistently intriguing storyline tracking both sides of the law: The criminals negotiate to unload their bounty with new, suspicious buyers, and the cops — plus an insurance investigator played by the superb Samantha Morton — try to track them down before it’s too late.

Sounds great, right? It is, and Wednesday night’s finale delivers the payoff fans have undoubtedly been hoping for…if they made it that far. Setting aside how many of you, dear readers, actually have access to SundanceTV, let alone still watch things on a week-to-week basis, “The Last Panthers” would be the kind of drama you could distance yourself from if you got distracted. Details are crucial in keeping up with the case and emotional backstories are laid out via carefully placed flashbacks — and choice lines of dialogue — you can’t miss; think of “The Americans” without the graphic sex and violence (which, come to think of it, is another show with subtitles).

Luckily, distractions are all but eliminated because of the very thing some of us fear the most. The subtitles literally force you to engage. While viewers may start to feel comfortable with the rhythms of other shows after a few episodes or even a few scenes, allowing the mind to start wandering, “The Last Panthers” doesn’t let you off the hook. Just when I’d notice an e-mail come in or think of a task I could quickly finish, “The Last Panthers” would break from Samantha Morton and John Hurt’s English-speaking sections back to the principal languages of French and Serbian. I couldn’t look away — not that I wanted to, but what mattered was that I couldn’t listen in and pick up the important parts while tackling other tasks with my eyes. The subtitles brought me back to a place where TV is all that matters, and everything else can wait. 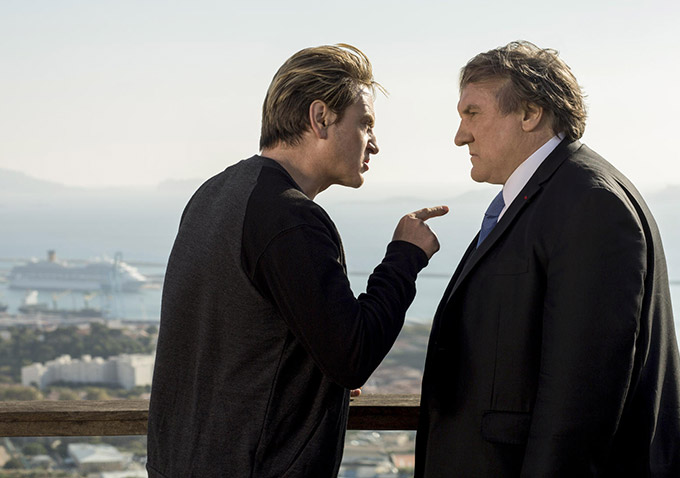 Of course, the show itself has to be pretty great in order to reach that point, and “The Last Panthers” isn’t alone in representing subtitled television worthy of our complete attention. “Marseilles” recently debuted on Netflix as the first original series from the streaming giant told in the French language. Starring Gerard Depardieu and drawing inspiration from the network’s success with “House of Cards,” the political drama effectively introduces a layered drama with engaging characters. Both shows also share a setting in Marseilles, open with a jewel heist and cleverly incorporate silence for maximum impact, while the color palette of “Marseilles” adds the kind of eye-catching visual stimulation that invites the eye to various areas of the screen.

But what helps guide the non-French-speaking international audience into the series from the get-go are the subtitles. For audiences unfamiliar with the political processes of foreign countries, being fully engaged with the show throughout is essential in appreciating events moving forward.

Obviously, subtitles aren’t going to solve all your problems. If you’re struggling to commit to “Archer” every week, first of all, god help you, but secondly, turning on the closed captioning isn’t going to help you out. But if you, like me, found pleasure beyond the high quality of “The Last Panthers,” maybe it’s time to try such extreme measures. If you catch yourself losing focus from a show you think you’ll love or already do, hit mute and turn on the closed captioning. See if you re-engage, and gradually ween yourself off the subtitles. That, or just sit back and enjoy more of these international gems. They may just save your (TV) life.

This Article is related to: Television and tagged Marseille, Netflix, Subtitles, SundanceTV, Television, The Last Panthers