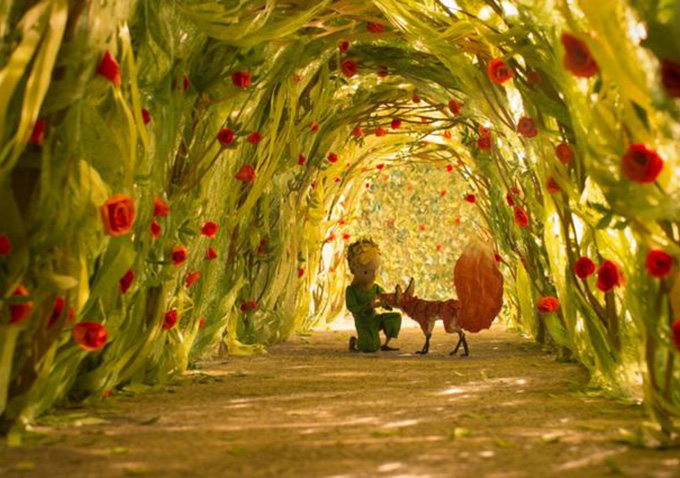 After being dropped by Paramount Pictures for a stateside release, “The Little Prince” found a new home at Netflix. Now the streaming service has debuted a new trailer and announced the release date.

Based on the Antoine de Saint-Exupéry 1943 novel and adapted for the screen by “The Boxtrolls” writer Irena Brignull, the story follows a little girl whose mother has her whole life planned out for her, every minute, hour and day and moment of her life. Overwhelmed by the life plan, she becomes hesitant to grow up. Her neighbor, The Aviator, then introduces her to an extraordinary world where everything is possible, the world of the Little Prince.

The animated film is directed by Mark Osbourne who told EW that he, “really wanted to find a way to create a cinematic emotional experience that was equivalent to the emotional experience that someone can have reading the book.” Adding, “I really saw the movie as an opportunity to pay tribute to the power of the book. Not just adapt the book word for word, but a chance to adapt what the book means to people, and how it affects their lives.”

READ MORE: Cannes Review: ‘The Little Prince’ Is A Visually Glorious And Extremely Moving Adaptation Of The Children’s Classic

Watch the extraordinary trailer above that teaches us that, “What is most important is invisible to the eye.”

“The Little Prince” will be released in theaters and be available on Netflix on August 5th.

This Article is related to: News and tagged James Franco, Netflix, Rachel McAdams, The Little Prince