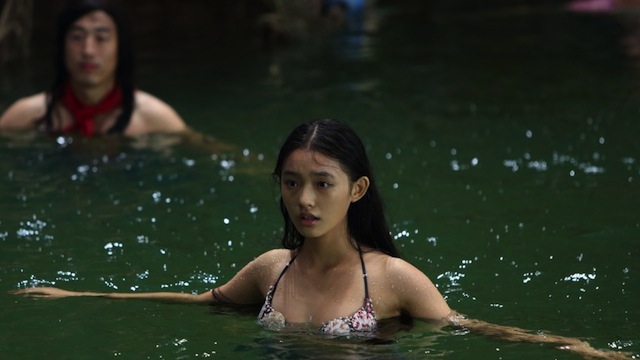 
In Stephen Chow’s “The Mermaid,” greedy real estate tycoon Liu Xian (Deng Chao) who buys up Green Gulf, a coastal enclave that harbors the last surviving mermaids. Liu wants to turn the Gulf into the hottest property on the market, but to do so would permanently damage the precious ecosystem. The mermaids decide to fight back by sending Shen (Jelly Lin) to seduce Liu and stop the destruction of their home, but when the plan fails, humans and mermaids are pitted against each other in a final, fatal battle. In the exclusive clip from “The Mermaid” above, watch Shen try to flee from her land captors.

“The Mermaid” is currently China’s highest-grossing film of all time. It was eventually released in the United States by Sony Pictures with absolutely no promotion, but still grossed over $1 million in its opening weekend. Chow is best known for his slapstick action comedies, like “Shaolin Soccer,” about a former Shaolin monk who reunites his five brothers to apply their skills to the world of soccer so they can bring Shaolin kung fu to the public, or “Kung Fu Hustle,” about two losers who try to join a ruthless gang that rules over a city.

“The Mermaid” is currently available on digital platforms today. It will be available on Blu-ray/DVD on July 5.

This Article is related to: News and tagged China, Stephen Chow