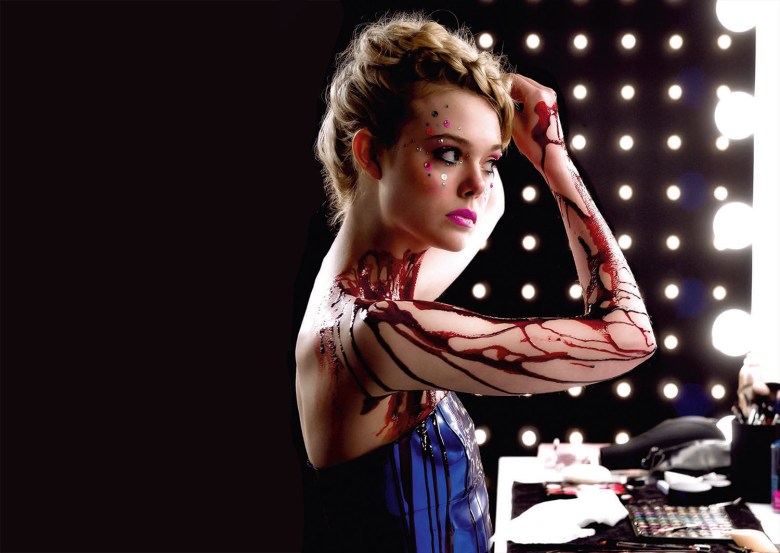 The first few reviews of “The Neon Demon” are in from Cannes and they’re…surprisingly positive for a movie that incited boos, walkouts and yelling at the screen. It seems that, as always, reports of such reactions coming from the festival tend not to speak to a movie’s overall reception (even if the responses elicited by Nicolas Winding Refn’s latest are especially amusing). Indiewire‘s own Eric Kohn writes that “this grotesque, hyperstylized treatise on the fashion industry recaptures some of the zany images and B-movie abstractions of Refn’s crossover effort, ‘Drive,’ though it never quite gels on the same level of inspiration.” Speaking of Bs, he gives it a B-.

Most enthusiastic for the film is Adam Woodward of Little White Lies, who gives “The Neon Demon” five stars and calls it “an intoxicating fever dream anchored by a transformative lead turn from Elle Fanning.” Turning his attention to the film’s fashion-world setting, Woodward goes on to note that “Los Angeles – and in Refn’s case Hollywood – subsists on its own mythology, and Refn exposes this by chipping away at the concealer-smothered cracks at the city’s glossy surface.”

He’s joined in his praise by Robbie Collins of The Telegraph, suggesting that “The Neon Demon” may do best in England: “When the film reaches its logical end point,” Collins writes in another five-star review, “Refn just keeps pushing, and eventually lands on a sequence so jaw-dropping – almost certainly a sly, glossy-magazine refashioning of Luis Buñuel and Salvador Dali’s groundbreaking surrealist short ‘Un Chien Andalou’ – that all you can do is howl or cheer.”

Writing for Variety, newly appointed chief film critic Owen Gleiberman isn’t so enthuasiastic, calling “The Neon Demon” “a baroquely kinky gross-out surrealist horror film set in the L.A. fashion world.” On the subject of Refn’s distinctly garish aesthetics, Gleiberman describes a particularly out-there scene: “There’s a sequence set at a nightclub that features a neon triangle composed of three smaller triangles, and a duplicated image of three Jesses (one of whom kisses herself), and it may inspire two thoughts at once: ‘Wow, that’s pretty cool!’ and ‘WTF is going on?'” Ultimately, he says, “It’s not boring, but there’s less to it than meets the eyeball.”

READ MORE: ‘The Neon Demon’ First Reactions: Walkouts, Yelling at the Screen and a Five-Star Review in Cannes