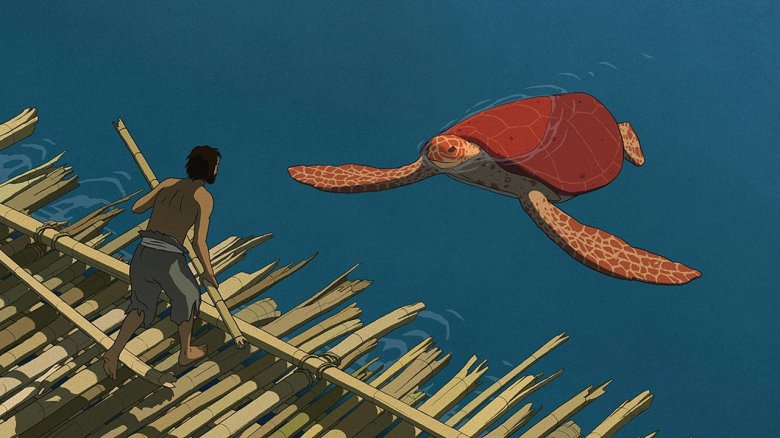 Michaël Dudok de Wit’s debut feature “The Red Turtle” has yet to premiere in the Un Certain Regard section of Cannes, but the immaculate debut trailer suggests it might just be the most beautiful film to hit the Croisette this year. Marking the anticipated return of Studio Ghibli (the film is their first co-production), the French-Japanese animated film tells the story of a man shipwrecked at sea who becomes stranded on a deserted island inhabited by turtles, crabs and birds. He learns to live in isolation, until he comes upon a woman lost at sea and begins a life with her.

READ MORE: Watch: A Feminist Guide to the Kick-Ass Women of Studio Ghibl

Ghibli is at a very critical point in their history now that founders Hayao Miyazaki and Isao Takahata have turned in their final features. The company has found success in recent years from young animators like Hiromasa Yonebayashi (“When Marnie Was There”) and Miyazaki’s son Goro (“From Up on Poppy Hill”), but “The Red Turtle” marks the start of a new venture as it finds the company welcoming London-based animator Michaël Dudok de Wit into the mix. No wonder the film looks almost nothing like any Studio Ghibli film ever released.

The hand-drawn charcoal style may be new to the Ghibli oeuvre, but “The Red Turtle” should have no problem sticking to the remarkable storytelling capabilities the studio is known for. Telling a film without any dialogue is certainly a gamble, but the movie is full of so many gorgeous visuals and (what looks to be) breathtaking sequences that we’re willing to bet it has a universal appeal that is emotionally effective.

“The Red Turtle” premieres at Cannes this week. Wild Bunch is handling sales right. Watch the trailer above.

This Article is related to: News and tagged Cannes 2016, Studio Ghibli, The Red Turtle