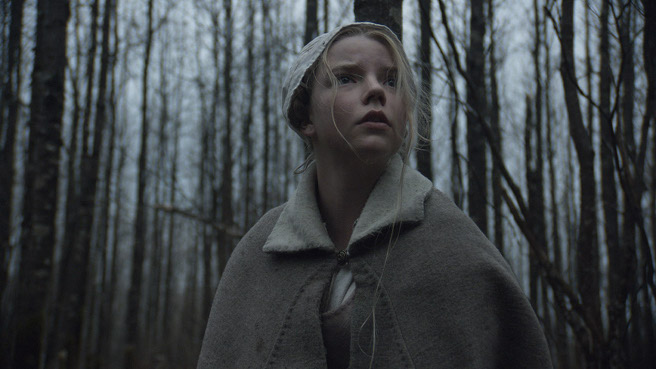 In Robert Eggers’ debut horror film “The Witch,” a Puritan family encounters forces of evil in the woods outside their New England farm. Set in the 17th century, William (Ralph Ineson), his pregnant wife Katherine (Kate Dickie), their daughter Thomasin (Anya Taylor-Joy), their son Caleb (Harvey Scrimshaw), and two fraternal twins Mercy and Jonas (Ellie Grainger and Lucas Dawson) are banished from their Puritan plantation for the sin of “prideful conceit.” They build a farm out by a large forest on the outskirts of civilization where Katherine gives birth to Samuel, but when Samuel suddenly disappears one day, the family slowly falls apart as the witchcraft around them starts to take hold of their lives. “The Witch” will be available on Blu-ray and DVD tomorrow. Watch an exclusive behind-the-scenes clip of the cast discussing what it was like to work with director Robert Eggers.

READ MORE: Review: ‘The Witch’ is a Uniquely Spooky Discovery

“The Witch” had its world premiere at the 2015 Sundance Film Festival. It was later screened at the Toronto Film Festival. A24 and DirecTV Cinema acquired distribution rights and the film received a wide theatrical release on February 19th. Star Anya Taylor-Joy has been approached to star in the upcoming “New Mutants” film in the “X-Men” franchise, as Magik, a mutant with the ability to teleport. Robert Eggers’ next film will be a remake of the 1922 F.W. Murnau film “Nosferatu.”

Buy “The Witch” on Blu-ray and DVD tomorrow.