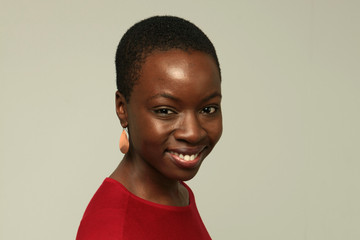 It was an exciting Tuesday morning as the nominations for the 2016 Tony Awards were announced. Lin-Manuel Miranda’s musical “Hamilton” came out on top with a record 16 nominations but many newcomers also garnered their respective nominations. Danai Gurira received her first Tony nom for Best Play for “Eclipsed,” making her the only female writer to be nominated in the category.

The “Walking Dead” actress made history last year when her production became the first Broadway show to feature an entirely black and female cast and creative team. Gurira is up against Stephen Karam’s “The Humans,” “King Charles III” by Mike Bartlett and “The Father” by French novelist Florian Zeller.

Gurira tweeted her excitement, thanking everyone for their support:

The Best Musical category fared much better for women, “Bright Star” is a production by Edie Brickell and Steve Martin, “Shuffle Along” was written by Aubrey Lyles and F.E. Miller and “Waitress” is known for its music and lyrics by Sara Bareilles and is based on the book by Jessie Nelson.

Gurira began writing plays as a means to better utilize her strengths as an actress and to tells stories about strong women. She joined the cast of “The Waking Dead” in 2012 and can next be seen as the late mother of rapper TuPac Shakur, Afeni Shakur, in the biopic “All Eyez On Me.”

The Tony Awards will air on Sunday, June 12 on CBS.

This Article is related to: News and tagged Danai Gurira, Eclipsed, Tony Awards